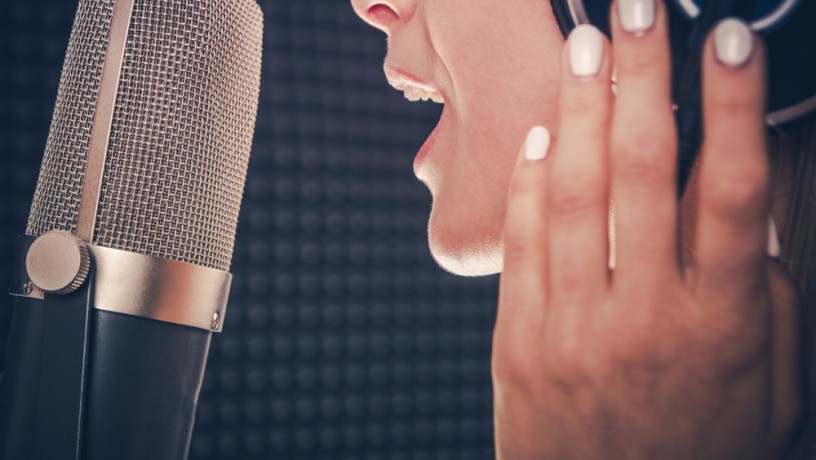 There are a lot of great reasons to love the actor’s life – even aside from the simple fact that we get to play other people: our job is to play! Who else can say that?

But beyond that, the actor’s life has so much to offer: there’s the freedom to work when you choose and pick your own projects; the human connections we make with some of the funniest, most entertaining and most amazing people in the world; and there’s the excitement of always having something new to work on.

Let’s face it: the drudgery of the 9 to 5 office world isn’t for us!

Of course, the flip side of all this is that there are lean times. There isn’t an actor out there, no matter how successful, who hasn’t experienced periods when there just wasn’t that much work coming in.

But there’s another avenue most actors don’t consider, a way you can continue to work in your beloved field even when times when there’s a bit less work forthcoming than you’d like in film, television, commercials or stage, and that is voiceover.

If you stop and think about it, you quickly come to realize that voiceovers are everywhere these days. Think about the burgeoning world of video games, which are becoming more and more recognized as a legit – and massively profitable – sector of the entertainment business. And the vast majority of the creations of the multi-billion dollar gaming sector feature at least some voiceover work. Most of them have huge scripts encompassing hours and hours of dialogue – and guess what? They need actors to say all those lines!

Then there’s animation, which is also a huge and expanding sector of the entertainment field. And it’s growing every day, since it’s cheaper and faster to produce than live-action. The other great thing about animation from the actor’s standpoint is that it allows for creative license that would be literally unimaginable in a live-action sitcom or drama. There’s nothing like animation for allowing an actor to spread his or her wings and try new and weird and creative and different stuff! Don’t hold your breath waiting for a live-action version of “Rick and Morty” to come out.

Finally, virtually every commercial you see on television contains some voiceover. You usually don’t notice it unless its a famous voice (why does Gene Hackman like Lowe’s so very much? Is he really doing a lot of home improvement at his age??) But for every A-list actor doing a commercial voiceover, there are a thousand people you’ve never heard of making a paycheck from lending their voice talents in the field.

So how to get on this gravy train?

So, here’s the thing: you’re an actor, and you thus you know how to act. So you’ve already got an advantage over someone coming into doing voice work cold off the street. However, don’t let your previous training in on-camera or stage work lull you into a sense of complacency. Voiceover is acting, yes, but it’s a very different beast. You would do well to track down a coach who specializes in voiceover and hone your skills in this area specifically. The good news for those living outside the major markets like New York and LA where you’d expect to find most voiceover coaches, is that in this digital age you can hook up with one online pretty easily. And, given the prevalence of higher-speed internet connections, you can get feedback on your growth in the field in real time, and connect with even some of the top voiceover coaches via Skype.

2. Work on Your Branding

Once you’ve begun learning some of the basic building blocks that you need in order to provide solid, consistent  voiceover work, it’s time to start putting some thought into what your brand is going to be. What would be your tagline if you were marketing yourself in an elevator pitch? “I’m the guy with the super deep voice.” “I’m the woman with a quirky, character-driven voice.” “My voice is like a smooth, rich dollop of butter melting over a stack of sweet, syrupy pancakes.” (Hey, congrats if that last one fits you!) While no actor wants to be pigeonholed or put in a box, in a high-demand business that is always, always under the gun for time, you want to be able to show – and tell – people who are doing the voice casting for a given project exactly what you bring to the table, and you want to make an impression quickly. While your reel is of course going to be thin at first, just start working. You can land some super fun gigs doing voice work for computer animation classes at universities and community colleges, and these days everyone and their brother is shooting their own commercials. Even if it isn’t going to win any awards, you need to get yourself out there and start building a brand. You can accomplish a lot in working toward building a reel and booking paid work right away if you visit the NYCastings audition site. Just click on the “Voiceover” tab and you can be the first to submit for dozens of gigs of all shapes and sizes, from commercial work to video games to animation projects. And for many of these paid jobs, little experience and no representation is necessary to submit.

This applies not only to your own brand, but also to working in voiceover for commercials, which, like it or not, is where a decent proportion of the work is. I know voice actors who say they hate advertising, and think of themselves as just a “hired gun,” a mercenary voice coming in to do a job and then get the hell out, with no loyalty to his or her paymasters. This is not necessarily a bad or incorrect attitude per se; we are literally going into the studio to lay down tracks and then the ad agency people and the people working for the client are never going to see us again. On the other hand, it helps to go in to voice auditions with some sense of how all this works – the different types of tactics used, and the different pitches actors in various types of commercials are giving to the audience out there in TV land. Hundreds of billions of dollars are spent each year on advertising, and research into the psychology of the audience is a good chunk of that. Understanding what you are communicating to the audience, and how best to communicate that message is key to landing jobs in commercial voiceover. The ability to cut through the clutter and connect with an audience that has been constantly pummeled by ads practically from birth is what lands you the gig. So, as with any other type of acting, research is your friend. This is going to sound weird, but when was the last time you really paid attention to an ad? Really listened to what the advertiser was saying, and tried to visualize not only the message, but also the imagery and the underlying psychology of what they were trying to elicit from you? Try something: imagine the ad as another actor in a scene with you: what is he or she trying get from you? Aside from the obvious – buy this thing or service – what is the commercial’s “action,” if it were an actor? To position yourself as best you can in the world of commercial voiceover acting, you could do worse than to take some time to really dig into the how’s and why’s of commercials and the way they work on us, and specifically how the voice actors in them use their acting training to paint the overall picture.

Don’t forget to submit your info to NYCastings today so you can start getting auditions lined up immediately, for voiceover work as well as all kinds of other acting!

IN THE NEXT ROOM – Elizabeth says goodbye to Mrs. Givings. Dramatic monologue for adult female. 2 min. ELIZABETH:  My mother told me to pray ...
Adult Male Monologues

THE DESIRE OF DEATH – Samuel is telling his friend through video chatting how much he wants to die. Dramatic Monologue For Teen/Young Adult Male. 2 ...
Kids / Teens – Girls Monologues

MATILDA THE MUSICAL- Matilda makes up a story about a child losing her parents. Dramatic Monologue For Female Kid Actors. 4-5 Min. MATILDA: And so they prepared themselves ...