Do you hold onto your script when you audition?

While it might appear to be a nitpicky thing to talk about, holding the script while auditioning is actually a component of a larger and quite vital question: how to be present in your audition.

Auditioning as we all know is a difficult, stressful process: a long, dreary wait in a room full of stressed-out actors, punctuated with 60 seconds or so of high adrenaline as you get the chance to bare your soul for the approval of strangers in hopes of earning a living.

Viewed in this way, the audition could be seen as the worst job interview imaginable. But the problem with these kinds of thoughts is that they manifest in emotions. Thoughts aren’t real things, as they say, but they influence feelings, which in turn have real-world consequences. And when you’re stressed about paying rent or the rush hour traffic building up outside as you wait and wait for your turn to audition, these feelings almost certainly manifest to one degree or another as you audition, and they prevent you from fully engaging with the piece and thus from doing your job.

So back to the script question: will holding onto it prevent you from being fully present?

The answer is more complex than it might appear at first glance. Your first instinct might be to say, well if you’re holding pages and reading off of them, you won’t be able to really engage with the piece and be in it.

If you don’t know word one of the lines, this is almost certainly true. But another truth is that casting directors aren’t expecting actors to turn up–often on extremely short notice–completely off-book. It just isn’t feasible for a busy actor to fully memorize sides for every single audition they go on, especially if they only get the audition notice the day before or even the same day as the audition.

However there is a skill you need to develop in order to turn in the best auditions possible, and that is being present with your reader and engaged in the piece while still glancing at the pages. Like any other skill, it gets easier with practice, so working with a friend on some scenes that aren’t that familiar is a big help. The trick is to be patient with yourself and maintain a relaxed attitude while still being engaged.

Which brings us back around to begin present. Which is worse, thinking you are off-book then forgetting a line with a script in hand or without one? The sense of having a safety net is undeniably helpful. And without a script the stress of remembering the lines is often at the forefront of your mind, preventing you from truly being in the moment.

And anyway, as we all know, acting isn’t about the words, it’s about action. If you have made clear, distinct choices and you have objectives you are fighting for as your character, it doesn’t matter if you are doing so with papers in your hand or not.

In terms of the larger question, that of being fully present at your audition, fretting about being off-book or even about whether or not to hold the script takes away from your presence and surrenders your power.

If you ask most directors they will tell you that more than anything they want partners with whom they can create. Apart from the tiny minority of directors who, curiously, seem to be in this business of telling people’s stories motivated solely by a deep-seated hatred of humanity, they aren’t seeking vassals. They recognize that creating stories is a collaborative process, and they want to work with confident, capable people who know what they’re doing, and more importantly, who KNOW they know what they’re doing.

So if you scuttle into the casting room like a whipped puppy worrying about judgments people might make of you if you are holding onto your script or if you forget a line, you’ve already lost. A clear-eyed, confident actor who fully understands the scene and what his or her character wants in it renders the entire question moot. If you walk into that room confident that you’ve done your homework and developed a set of objectives for your character, you have beaten 90 percent of the competition.

Auditioning is acting, and that is what we love to do. The real key is to turn the fear of failure on its head and clear away the negative thoughts: walk in to every audition confident that you’ve done your homework, and you are ready to work. Try to view the process not so much as a job interview, which instantly puts you in an inferior role.

Rather, try to think of it as a meeting between two independent firms who are considering going into business together. Are these people you could work with? Are you presenting yourself as a competent, confident potential partner? Have you done your prep work?

If you can answer “yes” to these questions, you’ve already won, whether or not you book the job. 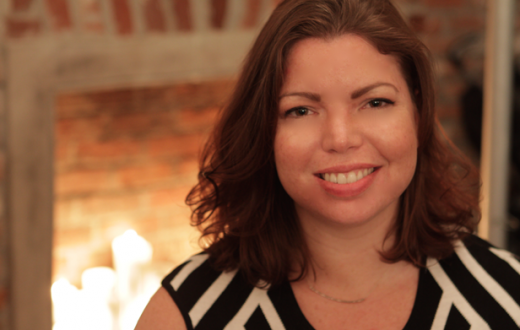 Inside the Mind of Daredevil’s Casting Associate, Bess Fifer

MATILDA THE MUSICAL- Matilda makes up a story about a child losing her parents. Dramatic Monologue For Female Kid Actors. 4-5 Min. MATILDA: And so they prepared themselves ...
2 Person Scenes