It’s been said by great directors that 90% of great directing lies in great casting. So get started the right way…

Having worked on all manner of productions at all levels of funding, with creators who have  all levels of experience and professionalism, I think it’s safe to say that one of the defining features of this business is rolling with the punches. For actors, crew, production staff and and creators, there are simply going to be things that happen on set that aren’t going to be exactly what you expected. And your reaction to these surprises, you and your team’s ability to adapt to them and move forward are a going to factor in to how good your final product turns out.

But one thing that’s really difficult to overcome on the day of the shoot is if you find out you’ve got the wrong actor for the piece. I mean, yeah, you can fire someone and start the ball rolling again with some desperation casting, but good god the trauma of that. Especially as you watch your funding burn up as shoot days get pushed back!

How much better is it to roll onto set on Day One and already know that you did an excellent job of casting and are really lucky to have the people you’ve hired for the job? Unfortunately, a whole lot of CDs and directors hinder their chances of success by putting out casting notices that are vague, misleading or unprofessional. Here then are a few ideas for how to craft a casting notice that’s going to get you the best person for the job!

1. What Are You Building?

It’s a running joke among actors that most casting notices are so hopelessly vague as to be meaningless:

Jack, 30-45, Writer – While working a side job to make ends meet, an aspiring author and his family discover things aren’t what they appear to be.

So maybe this is a screwball comedy? A Lifetime Channel family tearjerker?

I was actually thinking of “The Shining.” But we have no way of knowing! And depending on the sides you provide, it’s often hard to get any kind of handle on what you’re looking for as a director before you shove us in front of the camera at the audition.

And sure, actors need to be able to think on their feet and react and improvise and all that, no question. But there’s also something to be said for preparation. If you want to bag the most creative, intelligent actors you can, give them something they can sink their teeth into and work on in their own time before they’re asked to audition for you. Even with the best improv skills in the world, even for the actor who is fastest on his feet, two minutes of prep time before slating is never going to be better than a day or two to think about it and try out some different approaches in our own time, away from the pressure and the energy of the audition room. You’re hoping to build a team of creative people to make your movie, right? Well, if your potential teammates have no idea what play you’re going to run, they’re not going to be very helpful out on the field. 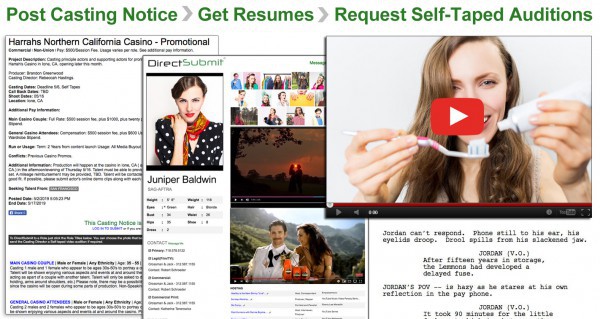 There’s no better way to shoot yourself in the foot when it comes to casting than to put out sloppily written, vague notices that were cranked out at the last minute by a harried intern who has no idea what the story is actually about. It’s too easy for CDs and directors and producers to get cynical these days and just throw out any old notice, knowing that if enough actors show up they’re bound to find someone that’ll do.

But if you’re creating a project that means something to you more than a paycheck or a line on your resume, you might consider opening yourself up from the get-go. Try communicating with actors the way we communicate with a director and with each other on set – from the creation of your casting notice onward. You’re asking actors to trust in you and your creativity when you ask them to consider coming to work with you; show them something of that creativity and of your spirit and heart when you talk about your project. Sure, you don’t want to give away your whole plot, but I have yet to meet a creative who has a project they’re passionate about who can’t talk endlessly about it without giving away too many spoilers. Think about your casting notices as a way to start a conversation with people with whom you might be spending a lot of time, and who you might be counting on to be collaborative members of your creative team.

So there definitely is a power disparity in the business when it comes to the vast majority of actors. We want to be cast, and you, the CD, producer or director have the power to help us get cast. And that leads to a lot of shitty things as we’ve seen over recent months and years.

But even without the truly gross aspects of these kinds of power dynamics, there are still a lot of subtle, unspoken ways actors are reinforced with the insidious notion that we are mere pawns to be selected or cast aside by those above us. If you care at all about having good actors – that is to say, actors with a brain, initiative, and ideas of their own as well as talent, lay it all out there as best you can. Treat us as human beings with agency, not just cogs to fit into your machine.

For starters, have solid shoot dates locked down as best you can. Busy actors are busy for a reason: because somebody thinks they’re good. The more you can tell them about when, where they’re going to be shooting, the better. Also, please don’t be coy with the pay situation? If the budget is a hundred bucks and a sandwich, better to tell us up front than have us find out later on. Just remember: better pay is going to almost always mean better actors. Even low-budget productions should consider using a SAG-AFTRA New Media contract.

Here’s an idea for your casting notices: think about turning around the question you guys always ask us at the read, and “Tell us a little about yourself.”

Especially if you’re an up-and-coming indie director or other creative, or even if you’re a lesser-known casting director, it helps to inspire confidence and prompt our interest in at least meeting you and reading for your project if you tell us something – anything – about yourself. Not only where you went to school, what other projects you’ve worked on and other sorts of resume types things – what is it about this project that fires you up? What is it you want to create here, and why? What kind of actors excite you the most? What challenges do you want us to help you overcome?

Yes, acting is job, and directing is a job. But unlike driving a cab or working at a bank, we do these jobs best when our passion is ignited. If you show us your passion, we’ll show you ours – in the audition room and on set.

The bottom line is transparency, thoughtfulness and passion will go a long way toward ensuring you get better talent in the door to choose from when it comes time to cast your pet project. Don’t shoot yourself in the foot before any actors even set foot in the room! Shine up those casting notices and watch the quality of talent bloom!

Who said: 90% of great directing lies in great casting? Here is a great article about that statement written by Rachel Mahrle from Zacuto.com 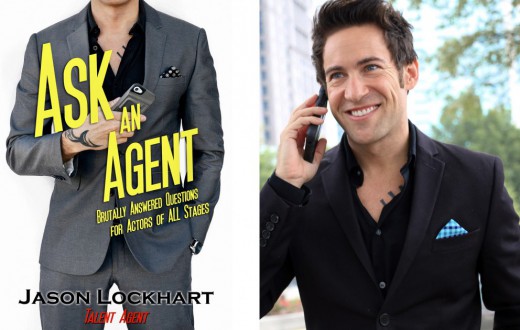 “While I was institutionalized” From the Film “12 Monkeys.” Jeffrey tries to explain to the other patients what he’s gone through. Dramatic monologue for Adult ...
2 Person Scenes

“Andy, c’mon IN!” from the film “Man on the Moon.” George excitedly tells Andy he’s going to be on a show called Taxi, and Andy ...
Film Scenes for Men

“You were nothing before you met me” From the Film “Heathers.” Heather tells her frenemy Veronica that she needs to watch herself. Comedic monologue for teen ...
Kids / Teens - Boys Monologues

WINNIE THE POOH KIDS – The Narrator helps Pooh find a note. Comedic Monologue for Kids. >1 Min. NARRATOR: Winnie the Pooh decided that if ...