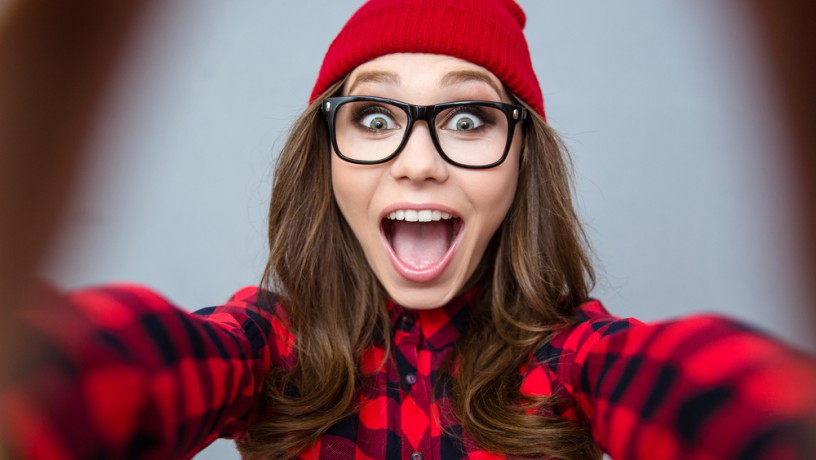 “Oh, brave new world, that has such people in it!”
–William Shakespeare, “The Tempest”

Imagine for a second an actor from Shakespeare’s troupe transported forward in time to today. If this poor, confused actor from the Middle Ages survived the initial shock without soiled pantaloons or a heart attack, he or she would surely become quickly fascinated with the ways we communicate our stories.

Our telephones and computers firing off texts, voice and video messages, our televisions airing more stories in an hour than Shakespeare told in a lifetime, our movies full of visual magic never before seen in the history of the world–an Elizabethan actor would be rightly blown away by the opportunities modern life affords for storytelling.

Yet, even many of us who live fully immersed in this age of digital miracles fail to fully take advantage of the wonders that surround us. One way a 21st century actor can maximize his or her audition opportunities is to up your video audition game.

These types of distance auditions are becoming more and more common as bandwidth, video resolution and other technological considerations continue to improve. And while it might seem daunting at first to self-tape your auditions, with a few simple tips you can get your face and your talents in front of casting directors all over the world in just a fraction of the time and hassle involved in in-person auditions. Here’s how!

The first thing to know is that you don’t have to invest in any expensive equipment in order to maximize your chances of nailing a video audition. A tripod is nice but not vital, and newer smart phones are equipped with cameras that are of sufficient quality to record a short audition piece. Just make sure you do a practice run and watch it on your computer to ensure that the camera angle, lighting and sound are good before you send it off.

If you receive an offer to send in a video audition, don’t hesitate! The speed and convenience you experience doing this kind of audition also applies not only to other actors who are also competing for the part, it applies to the casting agent. Often they will stop looking at new submissions after a time, even long before the posted due date, especially if they come across someone they like. Be one of those early birds!

Be sure to offer a bright, sunny smile and introduce yourself at the top. Casting agents are loath to tell you this, but those first few seconds of your personality often have as much to do with getting cast as the actual audition.

Dear god, please clean your room before you record. Better yet, get yourself in a space with a plain background. Hanging a sheet or tablecloth–preferably clean–is a great way to avoid the viewers’ eyes drifting to your Star Wars figurine collection or your dirty undies.

Just because you’re performing for a smartphone camera, don’t feel like you have to exaggerate your facial expressions or maintain a rigid, talking head format. Whether the piece you’re doing calls for stillness or animation, be invested in performing with your entire instrument. A character inhabits your entire body; don’t flail wildly, but on the other hand, do be engaged from head to toe.

Once you’ve slated your focus should not be on the camera. If you have a reader working with you, place them just off-camera to one side and focus there. Same if you are reading alone. To that end…

7. Be off-book whenever possible

Your focus and your eyes should ideally remain engaged in the moment with what the character is going through, not on a page. But if time considerations don’t allow for you to fully memorize your sides, at least make sure you aren’t looking down every few seconds. If you must consult a script, find a way to place it at eye level just off camera.

Hey, here’s another great advantage of self-taped auditions: the delete button! Unlike at an in-person audition, you get to pick exactly what clip the casting director will see. In fact, there is absolutely no reason not to send in a perfect performance every time.

9. One take only please!

However, just because we have insane digital storage capabilities compared to even a few short years ago, that doesn’t mean you should send in a cascade of clips. Unless they asked for more than one take, stick with sending in only your best.

Nothing puts off a casting director more than an actor who can’t follow simple directions. That is a sure sign that if they were cast they would have similar difficulty. Check and re-check the audition instructions you’ve been sent and stick to them to the letter.

When sending in your clip, make sure you only share it privately with the casting agent. You may be huge someday, and you don’t need ancient audition clips of yourself circulating! Not only that, you don’t own the rights to the script they sent you. If it is posted on social media you could quickly find yourself disinvited from this and future auditions.

Above all, have fun, stay true to yourself and the character, and break a leg!

“Well I wouldn’t shut up, would I?” From the play, “Pretty Theft.” In this monologue Suzy shoplifts. Ideal for Teen Females – 1-3 Minutes. By: ...
Adult Male Monologues

“There you are again!” from the play, “The Bear” Luka, Mrs. Popov’s servant, asks his mistress to stop hiding herself away in mourning. She has spent ...
Adult Female Monologues

THE SEAGULL – Masha is talking with Trigorin and assesses how she will deal with her broken heart. Dramatic Monologue For Young Adult Female. 1 Min. ...
Adult Female Monologues