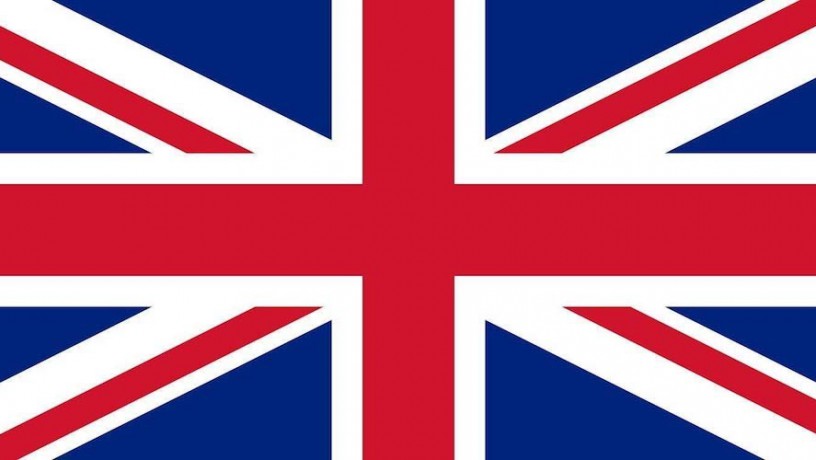 We’re all different, we actors. Especially when it comes to the creative industries, everybody carves out their own path. No two roads are exactly the same when it comes to becoming a working actor – some of us start out acting literally just out of the cradle, others come to the business later in life. Some of us land a big role right out of the gate that launches our career, others have to grind for a while before we find our niche.

But one big touchstone for measuring a person’s ascension along the path to becoming a real-life, professional working actor is joining a union. Here in the States, of course the two biggies are SAG-AFTRA and AEA (Equity). But what if you’re considering launching your career overseas and taking your chances on landing some work in the U.K.? Despite the current turmoil over Brexit – and in fact, in part because of it – there are a number of attractive reasons why a move to the U.K. right now could be a major leg up in the career of an up-and-coming actor. The unions and other resources available to even newbies in the U.K. are a big reason.

But first, it’s important to remember the reason why actor’s unions are so important. Prior to the formation of SAG in 1933, actors were basically cattle. They were treated like they were more or less the property of the studio, bound to multi-year, exclusive contracts that forbade them from choosing their own projects and sometimes even forcing them into and out of personal relationships. It took a 1948 Supreme Court decision to finally break the studio’s monopoly power, but even so the struggle continued over the subsequent decades as actors won hard-fought battles over payments like residuals and securing a percentage of box office grosses.

These days the battles continue, but if you’ve worked on a project where you’ve enjoyed a leisurely lunch break or collected overtime pay for a long shoot day, you can thank SAG-AFTRA – whether or not you’re a member.

But what about jumping the pond and trying your luck in the U.K.? Here’s a breakdown on what the union scene is like for U.K. actors, and a listing of some of the other resources available to actors over there.

Equity in the U.K. is the primary actor’s union and it’s the one that you’ll be most likely to want to join. It’s been around since 1930 and is home to some 45,000 performers and creatives working across the U.K. in film, television and on stage. A quick and dirty comparison could say that what SAG-AFTRA and AEA do for actors in the U.S. what Equity does in the U.K., but there is actually much more to it than that.

While all three are unions representing film and television actors – and in the case of SAG-AFTRA voice artists and other performers covered by AFTRA contracts – Equity in the U.K. also welcomes performers and back-of-the-house creatives like dancers, designers, pupeteers, comedians, and variety performers. In fact, Equity U.K.’s website boasts that the union has just landed its first agreement outlining a Code of Conduct for professional wrestlers. And while SAG-AFTRA is mostly concerned with securing performers’ fair treatment and pay from film and television studios – and rightly so, given the creative accounting practices and ever-more esoteric means studios still use to avoid paying talent –  Equity in the U.K. has its fingers in all kinds of pies. One recent initiative the union undertook was circulating a petition on behalf of performers at the Edinburgh Fringe Festival, the largest fringe in the world and the oldest one as well. The complaint alleges that over the course of a few short years, performers and other creatives traveling to the Scottish capital to perform have seen housing costs skyrocket, nearly doubling in some cases just since 2015. The union is helping to fight that on behalf of Fringe performers.

Another difference between the U.S. actors’ unions and Equity is ease of joining. If you are a performer in the U.K., you are almost automatically eligible to join. Indeed, if you enroll in a drama school or even take an acting class in university you can immediately become a Student Member with an annual fee of just £18.25 ($22). Apart from that, the performance credits requirements are much less stringent than those of either AEA  or SAG-AFTRA. Membership dues are on a sliding scale based on the money you made in the previous year, starting at a mere £125 ($152). If you become one of the lucky and no doubt talented actors who makes over £250,000 in a year, your dues will shoot up to £2,500, but hey, what’s a couple grand between friends when you’re making that kind of scratch, right? According to reports, the openness of the rules and membership of Equity in the U.K. means that there are a lot more opportunities for actors – both those who are in the union and newly arrived ex-pat actors who haven’t yet joined. The strictness of the rules that can limit work possibilities for newer actors in SAG-AFTRA just doesn’t exist in the U.K.

Here are a few other great resources that may be well worth the membership dues for actors relocating to Shakespeare’s Sceptred Isle.

The Actor’s Guild of Great Britain

The Actor’s Guild or TAG was set up as a means for giving actors a leg up with training in an affordable, convivial way. Membership benefits include access to low-cost classes and workshops on a wide variety of skills a professional actor might need, from more pedestrian training like vocal technique all the way to more esoteric skills like horseback riding. At just £10 – £24 per year, the guild is a valuable community and resource for actors trying to make it in the U.K.

This venerable group has been around since 1978 and boasts past connections with such luminaries as Sir Alec Guinness, Sir Ian McKellan and Sir Laurence Olivier. The group has an egalitarian membership structure in which a premier membership is available for more experienced actors, but even those just starting out can join as standard members. Membership at the Actor’s Center comes with access to acting workshops, discounted rates on rehearsal or recording spaces, and even the chance to set up your own custom training regime. Cost: £75 per year.

Women in Film and Television

This is an outstanding group offering tremendous resources and support for any women working in the industry on-camera or behind the scenes in the U.K. WFTV plays host to workshops, networking nights, and other events, including talks by well-known, successful women in the business. One unique program they offer sets up a mentoring program for a woman on her way up in the industry. Cost: £120 per year.

Don’t worry, it’s not what you think. The scrappy Shooting People is a fabulous resource for creatives in the U.K., providing instant access to a community of independents looking to cast short films, as well as for performers, crew, and other creatives. Membership dues are just £39 per year and give you access to daily bulletins as well as posts from filmmakers, actors, CDs and competitions looking to connect with others in the biz. Their chat board is a lot of fun too, and a great place to start learning about life in the U.K. for the actor. Cost: £39.95 per year.

While there’s no place like Hollywood or Broadway, if you’ve got itchy feet, a trip across the pond could prove to be a career booster. While you’re here though, don’t forget to join at NYCastings and get the latest and most in-depth casting notices!

Children’s Advil – For Adult Females – Commercial Copy – Under 1 Min.  She has a high fever. You know what it’s like to wait ...
Audition Monologues

“I really loved her” From the Movie “The Hot Spot.” Gloria tells Harry how she got blackmailed. Dramatic Monologue For Teen/Young Adult Female. 2-3 Min. ...
Film Scenes for Women