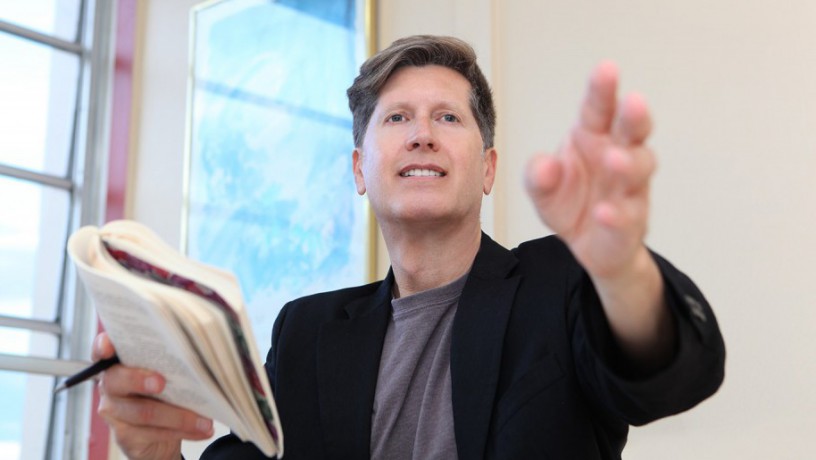 To properly equip yourself for the entertainment industry, you don’t just need a camera, a script, a degree, or a reel. You need versatility, you need the ups and the downs, and most importantly – according to Kevin Kennison of K2 Casting – you need to be yourself for every step of your journey.

Kevin Kennison spent over two decades of his time in showbiz learning, evolving, teaching, and guiding the future faces of entertainment. As an independent casting director that once filled the Broadway musical stage for “Disney: The Lion King”, a profound professor (that budding directors or actors may recognize from New York University, Brooklyn College, or currently from Hofstra University), and an acting coach, Kevin keeps himself busy by searching for and steering potential stars so that when their spotlight moment comes, they’re more than ready to shine. 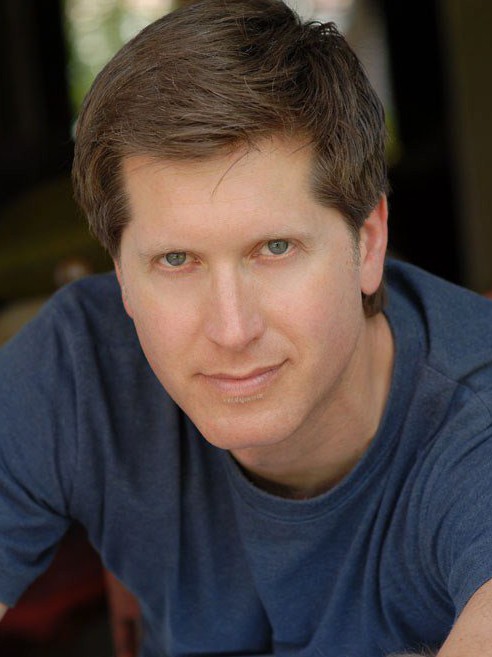 Starting off as an actor himself, Kevin is well-versed in the bumpy road that recent college grads or fresh faces to the industry may stumble upon and struggle with. For instance, he describes how when he first moved to New York City, he made the mistake of not being specific enough with his headshots.

“I wasn’t being clear and specific about who I was or what my ‘type’ was at that time. I think that along with a lot of other college students who just came out of a program – where they were on stage doing a wide range of roles for example, but that they would never be casted for in the real world –  it might give them a false sense of confidence in a range that the industry doesn’t see them in. So I wasn’t being very specific or had a point of view in my headshots.”

Laughing, he added, “I’m sort of a generic-looking white guy, and instead of being specific and using my youth or the kind of ‘secondary guy next door’ feel with a photographer, I left my headshots generic and kept my photos not-specific enough. I was also going for auditions where I was not the most natural fit. I learned that the hard way, and I try to explain that to students now that are confused about type and type-casting. It’s so important for them to understand where their strengths are and what they play now, and to play to that advantage instead of trying to fight it in fear of being pigeon-holed.”

Diving more into typecasting, Kevin described that, “In the beginning, when you get those roles, be the best person for those roles and pigeon yourself into that character. That way, you get yourself in the room, get yourself some experience, and industry people – particularly producers and directors – can say, ‘Wow. This young person – what a great work ethic. They came to rehearsal prepared, they came to set prepared, they did their job well. Let’s keep using them.’ And that’s where the actor has the agency to say ‘I was the ____ for this role, can I audition for the part of ___ instead?’”

Kevin knows for a fact that an actor cannot be stuck in a single type forever, but they can’t advance or broaden their professional range “until the industry starts to see your work.”

Discussing more about common mistakes new actors make, and what they should do to help them succeed, Kevin emphasized, “It’s about being prepared, and what that means. There’s no such thing as winging it in this industry. It’s too competitive. They are too many good, good people, performers, and actors there.”

According to Kevin, successful actors:

“There’s no excuse for not being professional at all times. That’s why I want young people to learn how the industry works, so they can be professional. Don’t make excuses, take responsibility for yourself.”

Speaking specifically from his perspective as a casting director, Kevin reveals that, “I just want [actors] to be themselves. They don’t have to second-guess me as a casting director when they come into the room. Be as prepared as you can, and come in with your point of view, your energy, your bold, brave, personal choices, and show me who you are as a human being. I think that’s paramount. As I say to my students, wouldn’t you want to work with someone who recognizes who you are? And how comfortable that is? Rather than second-guess, or be something you’re not – as opposed to being yourself and doing your work and being grounded in your authenticity. That’s what I mean about confidence.”

Kevin himself did not realize his affinity as a casting director until he was bringing industry professionals into his own classrooms as an NYU professor. Though his experience was scaffolded by a strong educational background, he did describe the advantages and disadvantages students have in a structured classroom that talks about the industry versus someone who goes straight into it.

“Because the competition is so fierce, I think that – not only acting training, but there are opportunities to talk about the industry in a class, or maybe [the professor] brings in industry people to talk to the students. I think that it gives the students an awareness that is possibly beneficial. At the same time, until that student vicariously has those experiences, it’s only talk, right? But someone who goes into the industry and is learning by doing, that is important too, because that is the only way they can do it. Some people might go in and make some mistakes on a set because they don’t know who people are, or make some mistakes in a casting room because they’re unsure. But look, we’re all human. I don’t expect a young person with limited experience to be perfect. No one does. But I do expect them to have a modicum of professionalism and understanding so that I know that if I sent them on to meet the creative team, that they can handle themselves in the next room and ultimately handle themselves on the set and in the rehearsal process. We have to know that. Sometimes people in these training programs or in these classes have a little bit more of that understanding of what’s expected of them in the process. But again, until they get into the room, they’re on the same boat as someone learning by doing.”

“This is a personal journey and I want students to understand that. Unions are great. They protect actors, they work with actors, they negotiate salaries and wages, you can qualify for health insurance. The positives, opportunities, and resources are great. But you’ve got to know if it’s time for you to join a union or not. Once you’re in that union, you cannot do any non-union work, and you’re competing in a very competitive industry of people who may not be having the career that they envisioned as a young person.

“There’s a lot of great non-union work out there. Stage work, film work, commercial work – if they’re having trouble building their resumes, this is how they do it. Do that non-union work and get known and work with people because as you’re coming up in the industry, so are the young directors you’re working with, so are the young producers, and young writers, and boy if you connect with them and they see you and your work ethic, that your skills are developing, they will bring you with them. That’s the way to build your resume. You will eventually get into the unions when it’s right for you to do that.”

Of course, with the global pandemic going on and with the industry at pause, it can feel like rising actors and content creators who were ready to jump into showbiz are stuck and frozen with uncertainty. Kevin himself dealt with his own handful of downs, disappointments, and anxieties. However, he firmly believes that this time can be used productively and describes how.

“When I was performing a lot more and wasn’t being cast, it was easy to be discouraged, but I decided that it was time to get more training. I opted for graduate school at that time, but this is the time for people to seek out where they can build their skills – and this can be done online. Find a class, find a teacher, find a coach, start to look at some of these webinars that are being given by all kinds of organizations, and the unions too. You can do some of the union things even if you’re not union yet. If I get too discouraged, I think, ‘What else can I learn?’ I was lucky enough to find out that I loved teaching, that it was another creative way to be in this industry and do something I love that comes back to my work. All your experiences come back to your work, it’s important to think that way. That doesn’t mean your only experiences are in the industry. Think, ‘What other creative avenues do people have artistically? How do they enjoy working with people and helping people?’ This is how to get involved in the human condition, and that’s really what we’re all about when we’re performing and when we’re on stage. I always encourage my students to delve into that human condition, that they’re young, they’re not molded into their full selves yet. This is the time to do a lot of exploration about themselves, about people, and about what’s going on.”

With the conversation coming to a close, Kevin also offered his tips and advice to budding actors.

“Understand how to self-tape! Work with friends, this is the time to practice how to self-tape. What is your computer like? What’s your software like? Do you need an external microphone or not? Can you do things on your phone? Do you need extra lighting? Is there a place to do it in your dorm room or apartment? These are things to practice now, which I think is very important because even when we get back to live auditions, self-tapes are not going to go away. Experiment with yourself, your friends, your colleagues. Decide, play with that, watch yourself. Practice material that you’re learning (Kevin recommends contemporary material with characters and stories that you resonate most with!) Anything you can do to prepare yourself for when we get back on track, that’s what young actors should be doing right now.”

Feel free to learn more about Kevin and his professional services on his site: k2casting.com

Casting Directors: An Inside Discussion 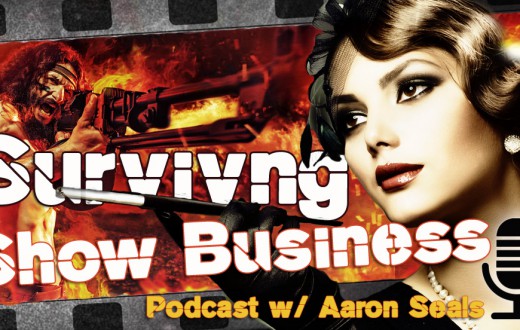 “So, I think we should move.” from the film ” Monster”. Aileen tells Selby her plan for them to move to Florida. Ideal for Adult Females ...
Kids / Teens – Girls Monologues

GODSPELL JR – John the Baptist preaches and sees Jesus before him. Dramatic Monologue for Kid Male. 1 Min. JOHN THE BAPTIST: You vipers’ brood! Who ...

Resume Reviews – Get Hands-on Written Reviews of your Resume, Photos, Reels and  Self-Taped Recordings. If you are new to the acting business, you really need ...