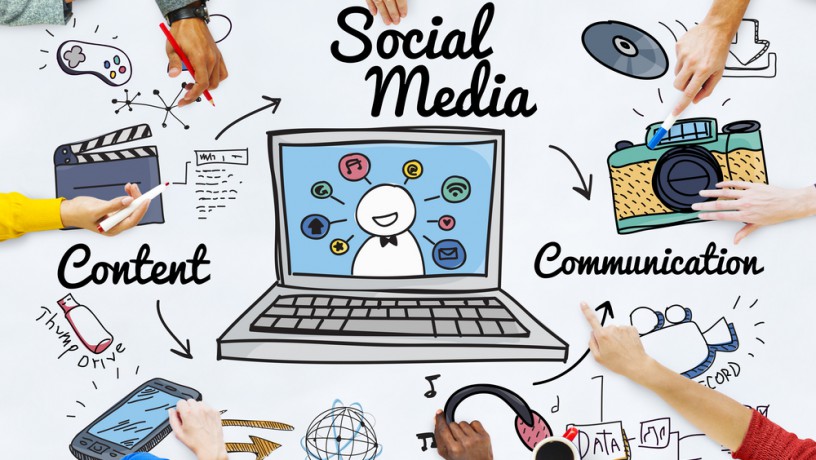 Let’s face it, the world we live in is hyper-connected through social media.

And barring disaster, that’s unlikely to change anytime soon. There’s no avoiding it: from politics to social justice movements to finding lost children to selling your stuff to finding an apartment to simply promoting the latest films and television shows, social media has become firmly cemented at the eye of the ongoing information hurricane that is modern life. Everyone including your grandma is on social media.

But not only your grandma. Think about it, if everyone is on social media, that means casting directors, directors, agents and producers are as well. So the smart actor has to know how to approach using social media to his or her best advantage–and you have to be smart about it.

We’ve all witnessed how an ill-considered tweet or Facebook share can cause no end of trouble for politicians and celebrities, even to the point of ending careers–or raising the specter of nuclear war. Now, let’s be honest: if you tweet something snarky about a colleague or tell a grumpy story about an audition gone wrong, it’s unlikely to cause intercontinental ballistic missiles to come raining down on your hometown. However, turn that argument on its head: who does it help, really? For a moment, lashing out feels good, yes. We’re all human, we all get frustrated, and venting is necessary. But that good feeling you get from bitching about something is fleeting. And unlike telling a close friend about your awful day over a beer or two, when you fling that kind of negativity out into a digital world that is so very interconnected, the odds that it will come back to haunt you are multiplied exponentially. When you are looking to promote your brand as an actor, everything you say has the potential to come under scrutiny. This isn’t to say that you have to closely censor yourself, or hide behind a mask the whole time you’re online. But it is wise to apply to your online presence the same attitude you take into the audition room: directors and producers want to work with positive, happy people, so you show your best, most agreeable side when you audition. If a casting director is considering you for a role and the first thing that comes up on your Twitter feed is a slew of nasty tweets about some perceived slight by another actor, are they more likely to hire you, or less? Is it really worth it? Like it or not, as an actor promoting your brand, you have to think of your social media as one big audition–an informal audition, no doubt, and not one that you have to be overly stressed about. But a little online prudence goes a long way. Take an extra second to think before you hit “send” and your future self will thank you.

What do you use your time for when you’re online? Sure, mindlessly scrolling through the endless worlds of Instagram, Facebook and Twitter are guilty pleasures for all of us. But as a professional actor who is actively trying to promote your brand, you’ve also got to do some work here. Reading the trades is vital to understanding the business as well as trends in film and television and stage work, as well as just being informed about what professionals in the business are talking about these days. Castings and self-submissions are everywhere these days. Perhaps even more importantly, know what you’re reading for. There’s nothing more frustrating for casting directors and directors to read an actor who has no idea what they’re reading, what scene they’re in, or what the overall tone of the piece is. Not only that, you’ve got to know who you’re reading with, and who you’re reading for. Especially if you get a callback, part of your preparation must be to not only research the piece you’re reading for and your character and the story, but also all the other players involved. What else has the director done? What else has the author written? What else has the CD worked on? Taking a moment to do a social media search on them can provide you with some useful tidbit of information you can talk about, or at the very least help you see the people you’re auditioning for as fellow humans, not intimidating gods perched behind that table to cast judgment on you. As L.A. casting director Billy DaMota says, “Do a little research on the people you’re going to meet. You may not ever even use it, but just to know, ‘Wow, he’s from Milwaukee just like I am,’ or ‘She likes horses,’ or ‘She plays electric guitar,’ those kinds of things connect you to the people you’re going to be approaching.”

Remember that social media is a circle. It’s really easy to fall into the trap of thinking that social media is merely a soapbox for you to stand on and digitally yell about yourself and nothing more. Many actors treat social media this way, and they do so to their detriment. It’s understandable, given the competitive nature of the business and how busy we all are that you might limit your time online to promoting your shows and projects. But it’s also vital to remember that the happy, agreeable, supportive team player you are presenting in castings must also the same person we see on social media. Connect with your fellow actors and congratulate them on their projects. Offer support and volunteer to help out where you can. There will come a time–probably sooner than later–when you will be on the lookout for people to help you in a similar fashion. But not only that, the “social” part of social media is a great way to create and expand your network as an actor and performer. You don’t win friends and supporters by relentlessly trumpeting your own accomplishments and ignoring those of your peers.

You can tell a lot about a person by who they’re friends with on Facebook and who they follow on Twitter. Hell, Mark Zuckerberg made himself a billionaire many times over based on that very knowledge. So seek out people who inspire you, and who make you want to work harder, and with whom you could imagine creating something special. It also couldn’t hurt to take a moment to go through your contacts and weed out people who aren’t helpful. We all have that one Facebook friend whose posts make us sigh and roll our eyes, yet we tolerate seeing them in our feed. Take a moment to mute or unfollow people who bring you down–it’s possible to do this without the drama of unfriending them, plus it will make your feed a happier place! Also, take advantage of the fact that social media is such an amazing way to connect with people we just met, those we have lost touch with, and people who might be thousands of miles away. Reach out and touch someone, as they used to say back when we all rode dinosaurs to school.

The bottom line is the power of social media is unprecedented–use it to your advantage, but do so with some common sense!

“How do you think you would fit into our office?” From the play, “Good Morning, Good Night.” In this monologue Anna conducts an interview. Ideal ...