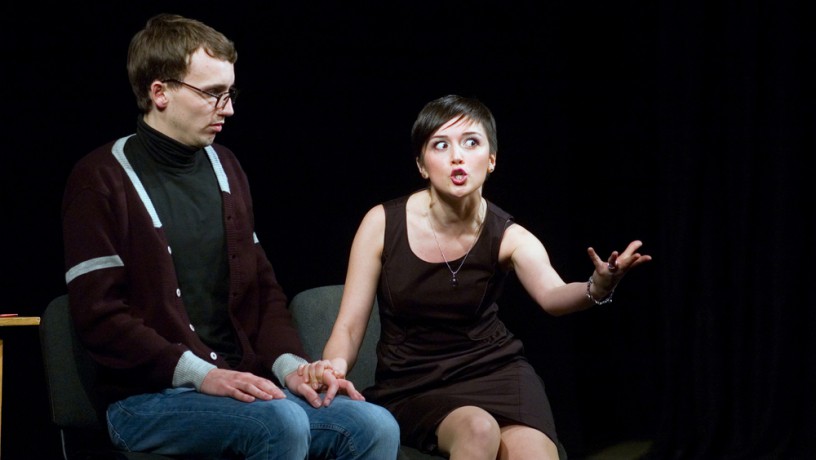 But although all working actors are by definition familiar with auditioning, there are still some common errors many actors continue to make. So let’s a do a “good news/bad news” thing: we’ll talk about five mistakes many actors make, and then we’ll move on to five ways you can maximize your chances of getting that callback!

1. Creeping on the auditors

When you participate in early blocking rehearsals in theater or in group read callbacks that take place on a stage, a funny phenomenon occurs: actors have a tendency to “hug the furniture.” Everyone tends to creep back and back and back, upstage away from the house. There’s something psychologically disconcerting about being out in front of everyone. The opposite tendency occurs in the audition room: many actors, once they’ve begun their reads, tend to creep “downstage,” closer and closer to the auditors table or their reader. Don’t do this. While you shouldn’t stand like a statue, there is tremendous power in stillness. At least be aware of the tendency to creep closer to the table.

While showing up in clothing that is loosely related to the character is wise–i.e. if you’re reading for the role of a mechanic, don’t show up in a three-piece suit–it is a cringe-worthy mistake to show up in a full-on costume. You are a professional, trained actor confident in your ability to demonstrate a character. You don’t need costumes or props.

There’s nothing worse than being yelled at, and that goes for casting directors too. Even if you are playing a scene in your audition that is emotional, find a variety of levels. Use your imagination to find some counterintuitive ways to express the rage/frustration/whatever in the text. Not everyone yells when they’re angry!

If you’re doing a monologue audition where you’ve been asked to present two contrasting pieces, take full advantage and show your full range. Too often we see actors play it safe and select two monologues that are similar and firmly in their wheelhouse. Push yourself to do two pieces that are truly contrasting–show us what you’ve got!

No matter how you rehearse your audition piece in front of the mirror or with a friend, it simply will never go exactly as planned. Do yourself a favor before you walk in the room: let go of your expectations. Instead put yourself in a head space of openness, acceptance, and preparation for rolling with whatever comes your way: A reader who isn’t up to snuff, tripping over a chair, forgetting a line–these are things that happen, and the casting team knows this. Laugh it off and move on. Kicking yourself in the midst of your audition is counterproductive and a waste of your energy, and anyway distracts you from the task at hand.

Five Tips to Help You Get the Callback

1. Make sure you warm up

Performing cold is a huge mistake. You can’t fully relax into yourself or be fully connected to your instrument if you walk in off the street and just start reading. Even if you have very little time and space, find somewhere to at least do some stretches, and while you are doing so, work your articulators. If you are doing a dialect audition, make sure you find a way to take some extra time to vocalize in the dialect before you read.

Nothing is more infuriating than a lazy actor. While of course we sometimes don’t get our audition notices and sides until the night before the audition, with the advent of smart phones there is no reason to walk into an audition completely clueless. Find out everything you can about the piece, the director, their previous work, and if you can, about the particular scene you’re reading for. Even if you can’t find a ton of info, at least when they ask you if you know what the scene is about, you can say, “Well, I know x and y, maybe you could fill me in a little more?” Also, you must know what you’re saying: any word in your sides you’re the least bit fuzzy on–look it up!

Despite the adrenaline rush of finally getting called into the audition room, and despite the sense of overwork the casting team may exude, you must take a breath before you start your audition piece. Too often we launch right in without being fully mentally prepared. Take a moment to not only breathe deeply, but to mentally place yourself in the scene and remember the beat before: where are you, what got your character here to this moment, and what does he or she want now. This is your time to show the very best you can do; don’t squander it by feeling rushed or by rushing yourself.

4. Button, button, who’s got the button

Far too many auditions trail off into the ether with no clear ending, or with the actor immediately looking to the casting team like an eager puppy hoping for approval. No. Bad puppy. As you rehearse your piece make sure to delineate a clear button, a closing moment for your piece: how close has your character gotten to achieving his objective? Have you convinced your scene partner of the rightness of your cause? Find a way to land the last line of your monologue and imagine your character seeing the reaction of whomever they’ve been speaking to. Then take a breath before you fully come out of the moment and back into yourself. A clear ending will make your piece read much cleaner.

5. Be prepared to talk about yourself

While it might not happen at every audition, do be prepared to chat after your read. Riding out the wave of emotion and adrenaline after a read we often fly toward the door. Use your improv skills to read the room as you say thank you; don’t linger, but do give them a chance to talk to you if they have any questions. 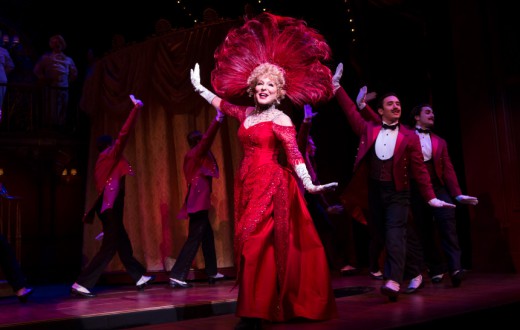 “Let’s see who their parents are” from the film “Descendants.” Belle looks for the parents of new students at her school. Dramatic Monologue for Kid/Teen ...
2 Person Scenes

“Mr. Bialystock…” from the film “The Producers.” Bloom devises the scheme of over-producing a flop. Bialystock takes him seriously. Bloom has his meltdown (I’m wet and ...
Adult Male Monologues

“Mrs. Christian… please, will you sit down a moment?” from the film  ” Eight Millimeter” A private investigator is hired to discover if a “snuff film” ...
Audition Monologues

“A little story about a girl named Megan” from the film “Bridesmaids”- Megan tries to set Annie straight. Comedic monologue for adult female. 1-2 min. Written by ...