Powerful acting hooks your attention to a scene. Vulnerable acting lures your heart in. Yet powerfully vulnerable acting can make you react without warning – evoking laughter, tears, sighs, and gasps at each breathtaking moment. That’s how I felt while watching Waking Marshall Walker, a new short film that’s on its way to the 2014 festival circuit.

Waking Marshall Walker, co-directed by Bjorn Thorstad and Gabriel Baron, stars Grey’s Anatomy’s Sarah Drew and Lincoln’s Richard Warner. The Story, by Giorgio Litt, paints for us a different world where the effects of the choices we make ripple into other dimensions, where loss isn’t final, and where finality is but a doorway to endless possibility. 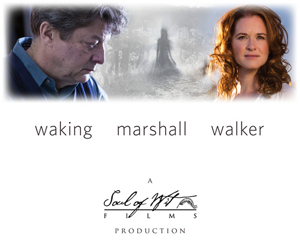 Through the help of riveting performances, Waking Marshall Walker becomes a short film that leaves a long lasting impression. To help NYCastings members learn how to make the strongest impact – we asked actor Sarah Drew and co-director Bjorn Thorstad to share their insights with us.

Here are their 6 tips for becoming powerfully vulnerable…

1. Block out all distractions.

Q: Sarah – Your emotional power was riveting as you wrestled with the possibility of losing your ‘father.’ What did it take to get into that real – yet full force – state of emotion?

I have a sad mix on my iPhone that I plug into. It helps me block out the noise of the crew, and it puts me in a somber emotional space. Then, for this scene, I tried to put myself in Charlotte’s shoes. I thought about my dad, and how devastated he would be if he lost my mom, and I empathized with charlotte’s empathy for her father. Then I dug deeper and tried to imagine losing my dad, and that’s when I just lost it on camera. The part that did me in was telling him that he was gonna be a grandpa. My son, Micah was about 8 months old when I shot this film, and the thought of Micah not getting to meet his Grampy was the most devastating thought to me.

2. Be honest with yourself.

Q: Sarah – You had many emotionally charged moments in which you were alone. How did you keep yourself in that raw and vulnerable state with only yourself to play off of?

Sometimes I’m able to be more focused when I’m creating an emotional scene alone. It’s more private and thus, I’m able to be more raw. It’s easier to be vulnerable when you don’t have to look someone in the eyes and speak to them. There was freedom in that. For the car scenes, I had Judith Reagan (who plays my mother and is Richard Warner’s wife in real life) in the front seat with me reading the lines of the nurse. Her energy in the car was so honest and vulnerable and supportive and she helped me to stay honest and raw as well. 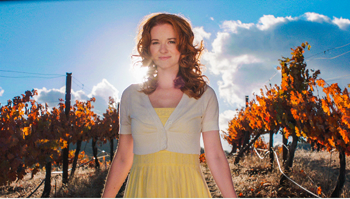 Q: Sarah – Your performance had many smooth transitions in levels of vulnerability from shock, to remorse, to desperation. How do you create those layers of depth and keep all of those levels within instant access inside of you?

Once the scene started, I just kept my earphones in until we were rolling to keep my emotional life percolating, and between takes, I kept listening to my music. I think, once I’m in an emotionally raw state, the transitions between moments just happen on the lines. If you have good material to work with, you just follow the journey of the words and the acting transitions fall into place smoothly. In this case, I had wonderful writing to work with so it felt very easy.

Q: Bjorn – As a director (and an actor yourself), what does it mean to you to be powerfully vulnerable? And how important is that truth to the success of a film – such as Waking Marshall Walker – which strives to make a lasting impact? 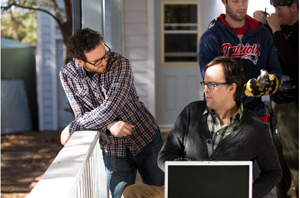 Big, multifaceted question. As for the importance of vulnerability, I think any story that resonates with an audience is going to succeed at authenticity to a greater extent, and an important component of that is vulnerability – the ability to be wounded or hurt. There is no power in characters with whom we can’t identify. We don’t care about them if they’re not like us in some universally human way. And all of us can be hurt. If we don’t see that in the rendering of a character, we’ll never care what happens to him or her. Also, most of us are familiar with the inspiring courage it takes to face any pain that causes us to feel weak or broken or less than how we believe we should feel about ourselves. A lot of us, myself included at times, unconsciously spend a lot of energy fronting some game or other to convince ourselves and the world we don’t actually feel what we feel. The power of vulnerability, confronting and exposing how we feel, comes from the unique and perhaps unexpected ability it give us to redirect any energy spent keeping ourselves comfortable and invest it into causes that facilitate growth. There’s power in growth. People and characters who make a practice of this have more charisma, which is a kind of personal power – the ability to connect with people, make them identify with you and share concern about your cause. In the end, this kind of power – the power one can only wield by virtue of vulnerability – either elates us by triumphing over fear, anger, brute strength and bad policy, or breaks our hearts when it doesn’t.

It’s interesting that you infer from “Waking Marshall Walker” that we wanted the film to make a lasting impact. I guess you’re right. And I hope it does because I believe in the message imbedded in the film which is that small, gentle decisions can change lives. Usually stories climax with a thunderous clash of forces. Ours has an anticlimax that does that, but the real climax of our story is a moment of total silence – there’s even a rest in the music – and the turning of a man’s head indicating the shift in his perspective. Quiet, but huge hopefully.

Q: Bjorn – When on set, was there anything specific you did to help your actors dig deep to access the most grounded truth of the moment? 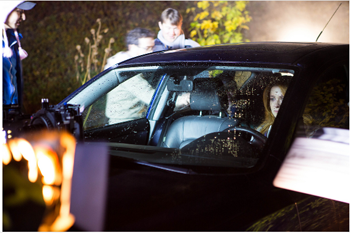 Gabriel Baron, my co-director, and I knew what we wanted going into the shoot, which I think inspired confidence in us, and we made it a priority for ourselves to remain flexible and open to the inspiration of nature and others, which I believe inspired confidence of our team members in themselves. We also prioritized and did our best to establish and maintain a safe, nurturing creative environment for the actors and the crew and did everything we could to make sure everyone felt they were getting the respect they deserved.

All my work with the actors was done beforehand. I knew what I imagined their characters were going through going into conversations about them, and would have been satisfied if Sarah, Richard, Badja (Lyne Odums) and Giorgio had brought just half of what I was hoping for to the scene, but they knew their characters better than I did, so when it became apparent in our various conversations before and during shooting that my expectations were exceeded, my expectations were no longer serving us, so i could let them go and I suspect that freed up even more room for play.

6. Let the environment effect you.

Q: Bjorn – Your setting was itself a character! (Aided by the grace of award-winning cinematographer Matthew Boyd). How can an actor use the location of a film to help inform their emotional state?

There are only 5 questions an actor need answer for herself:

and
What do I do when I do or don’t get what I want?

I didn’t come up with these, they’re questions I learned from the late, great Earle Gister, who was himself a student of Paul Mann’s of the Group Theatre. So, when question number two is answered for you, when the location of a shoot or environment is so palpable all around you, you are that much freer to focus on the moment and invest more deeply in the lines and your agenda. The emotional truth will come from nature having its way with you that much more easily.

THANK YOU to the Team of Waking Marshall Walker. To view the trailer click here! 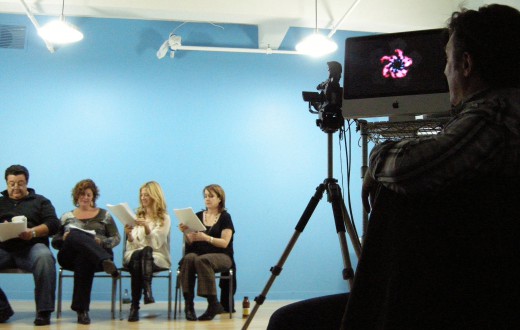 MULAN JR – Mulan challenges sexism. Dramatic Kid/Teen Monologue. >1 Min. MULAN: Why does it matter if I’m a girl? Isn’t what I can do ...
2 Person Scenes

“You look like a swordfish I caught once.” from the film “The Replacement.” McGinty goes to ask Shane if he will quarterback his team during the strike. ...
Film Scenes for Men

“I was a late bloomer” from the film “UP IN THE AIR” Ryan relives a near death experience and what it taught him. Dramatic monologue ...
Film Scenes for Women