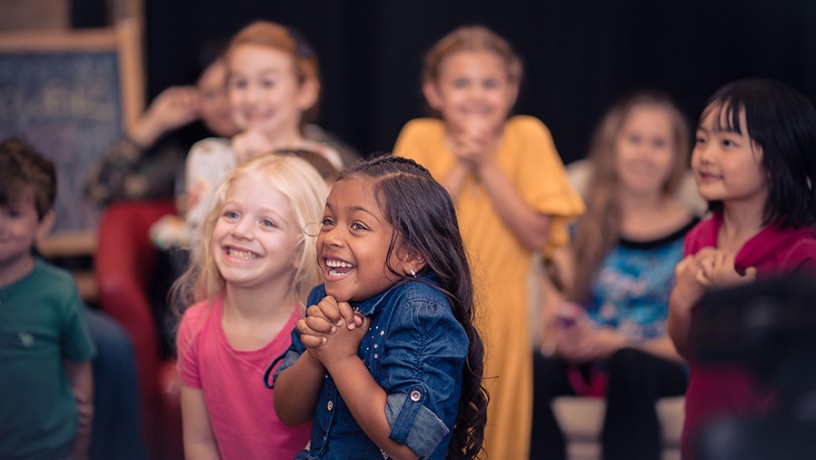 So you’ve got a talented child with a budding aptitude for the stage and screen – first of all, congratulations! Your kid is one of a very, very lucky few who is embarking on a journey of a lifetime.

Contrary to popular belief or what you might read about a handful of Hollywood stars in the tabloids, actors have the opportunity to become some of the best-adjusted, most self-aware, psychologically-balanced  and spiritually connected people you will ever meet, and any kid that gets the chance to start this journey at a tender age is doubly privileged.

Now: having said that, we all know that acting is also a tough road from time to time. That’s no reason to shy away from helping your child find his or her way down the path, however! It’s just that you should be aware of the potential roadblocks and develop strategies to help your kid navigate them.

Just as with any parent/child relationship, the role of the parent of the child actor is to nurture, teach and offer guidance.

And one area where we find parents and kids having trouble is in maintaining the child actor’s confidence over the long haul. That can be a challenge even for the most experienced adult actor: hanging in there through the times when there aren’t as many gigs or even auditions can test your confidence in your abilities. And for a kid who is still developing the coping skills to feel confident in themselves without relying on outside judgments or approval for it that can be challenging.

However there are some ways to help your kid actor grow into his abilities with a healthy confidence that will sustain him or her through a career that will, with a little luck, last a lifetime!

1. Help Them Remember They Have Talent

In the wild, wild west of auditions, it’s sometimes easy to take “not getting cast” in a particular role to mean “rejection.” It’s hard enough for adult actors to learn to cope with this, but it’s an especially tricky path for the parent of a child actor to navigate. One place to start is by reminding your child that they are talented, continue to be talented, and will continue to be talented no matter what happens in each audition. It’s impossible to expect or even hope for landing each and every role an actor goes out for, and this is a great way to begin instilling that lesson, along with the lesson that what goes into a casting decision is far larger than what we the actor or the parent of the actor can see or fathom. There are things like hair, height, skin tone, the type of energy each actor brings, their smile and how one auditioner matches up with other actors that have already been cast. None of these really comes down to the actor’s talent in any way, and none of them are things that we can do anything about. So take the positive route, and remind that kid of their talent and how good they are, and remind them that even between auditions they remain just as talented!

2. Help Him Or Her Get Better!

What do we do with raw talent? We refine it and we make it better! If your child is feeling a little morose or discouraged after not getting cast for a particular role, what better time to explore taking a new class! The truth of the matter is, if your child is serious about pursuing acting, he or he should already constantly be in some kind of class or another. Just the simple act of standing up in an acting class and performing with the other kids there is a huge boost for the confidence of the child actor – and adult actor too! As with any skill, the more opportunities we have to use our acting, the better we get at it, and thus the more confident. That’s one aspect of the class-taking process. The other is of course learning new skills and refining them. A great place to start is with an on-camera audition class, one that simulates the process and will help to demystify it for your child. Again, the more often you do a thing, not only do you get better at it, you become more relaxed at doing it. Most reputable acting teachers and coaches will let parent and child audit a class before enrolling, so make sure both you and your kid have a good vibe about the teacher, and that it looks like the other kids are having fun!

As parents of kids who are trying to be professional actors, that is get themselves in front of casting directors for roles in films, on commercials and on television shows, its too easy to get caught up in the notion that only those kinds of jobs have value, simply because they come with the most monetary value attached. We can sometimes find ourselves – parents of kid actors and adult actors alike – rejecting out of hand jobs on community theater projects, student films, and low-budget independent films because they are “a waste of time.” Nothing could be further from the truth. Every project you work on builds on the confidence of the actor, and that goes for kids as well as adults. And another thing, let’s not forget that in this day and age of interconnected everything and everybody, you never know who is going to see a clip of your kid playing a small role in a humble indy film and put in a call looking to cast him or her based on that alone. Also remember that some of the greatest modern filmmakers and actors of our time came out of indy projects; the great Wes Anderson (“Royal Tennebaums,” “Fantastic Mr. Fox”) got his start based on a 13-minute independent film called “Bottle Rocket” that he shot with a bunch of college buddies on a shoestring budget. Two of those college buddies? Then-unknown Luke and Owen Wilson. This isn’t to say that your child should accept every role offered, nor that you should sell them on every role as if it could be just a step away from superstardom. It’s just that it’s important to remember that acting is a process of growth that has nothing to do with what we get paid to do it, and that each actor travels along his own uniquely twisting, turning path. To think that the only way to get more talented is by working on paid, big-dollar acting gigs is a mistake. What’s more, community theater and indy projects are a great way for your kid to play something with a bit more meat on the bone than he or she is likely to get at this point in a big-budget commercial or film. Playing the lead or something close to it is a valuable experience and only makes you a better actor – even if the pay is in the form of free tickets for friends and relatives!

4. Acting Can’t Be Everything

While it is important to remember that if your child is serious about pursuing acting, they must dedicate themselves to it, it’s equally important to remember that, especially for a kid, acting simply cannot be the ONLY thing they do. Make sure your child has plenty of other avenues to pursue fun and success – sports, martial arts, crafts, dancing, etc. – and you will find that each additional skill they develop ultimately will lend itself to their acting in the form of confidence. Also, we adult actors find that its often the outside aspects of our lives, the things we do and have experienced that have nothing to do directly with acting that most inform our acting choices and lend richness and texture to our performances. Same goes for kids. A well-rounded individual makes for a better actor, and it makes for a more confident actor as well.

If you haven’t done so already, get your kid involved in an improv class! There is nothing like the rush of adapting and adjusting to what’s happening around you on stage or on camera to build your confidence as an actor. And keep in mind, improv is a learned skill set. Helping your kid develop this aspect of his or her actor’s toolkit will take them a long way toward being a confident, healthy, happy actor for life!

It’s Never Too Late to Become an Actor! 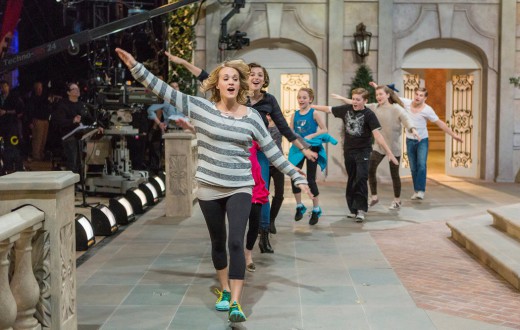 “Waiting for rain in a drought” from the film “A Cinderella Story” – Sam tells Austin to take a hike. Dramatic Monologue For Teen Female Actor. ...
Kids / Teens – Girls Monologues

ANNIE JR. – Annie talks about her parents. Dramatic Monologue For Kid Female. >1 Min.  ANNIE: My Mom and Dad left this locket when they ...
2 Person Scenes

“You know — you’re not as vile as I thought you were.” From the film “10 Things I Hate About You”. Patrick takes care of ...
Audition Monologues