With social media such a dominant part of everyone’s lives these days, it’s amazing that there are still actors who shy away from jumping into the game with both feet.

Not that there aren’t valid reasons for a certain caution when it comes to social media, in light of the revelations of Facebook’s playing fast and loose with user data through Cambridge Analytica over the course of the 2016 election cycle, and seemingly endless stories about hacks revealing user data from any number of sites.

However, those stories are the exception rather than the rule. And its in sites’ interest to plug those security holes quickly and efficiently or risk losing money.

So as actors we’d be foolish not to try to leverage our social media accounts into as much exposure and potential work for ourselves as possible. It’s up to us to take full advantage of all the social media jungle has to offer – while still keeping our feet on the ground and our identities both on- and off-line secure.

To that end, perhaps it’s time for a refresher in how we can best utilize social media to further our careers and fulfill our artistic lives via networking with like-minded artists and professionals, while still remaining safe. Here are a few ideas!

Often with actors there’s a tendency to use social media to seek out all the validation we may not get on a daily basis from making the grind of auditions and classes. The internet is a godsend when it comes to sharing information about our shows and events and trying to get butts in seats, as well as sharing our accomplishments. And while there’s nothing wrong with enjoying an upvote or a heart or a like or a re-tweet on a post or photo you’ve uploaded, if that’s what you LIVE for, that’s a problem. Far too many of us wind up getting it exactly backwards and getting sucked into thinking the hearts and likes are the actual POINT of it all, when nothing could be further from the truth. Social media is just a tool, one you can use to share your important events and join acting groups and find classes and auditions and so forth, but don’t let it become an obsession as so many do. Another note on validation: far too many actors have a metaphorical hole inside them labeled “validate me” that can never, ever be filled to their satisfaction. This is a problem that runs much deeper than social media of course, and one that we’re not going to fix here today. But it’s worth mentioning nonetheless in this context, simply because social media makes it so easy for predatory types to take advantage of the neediest among us. Cambridge Analytica isn’t the only entity out there seeking user info and trying to leverage it for its own nefarious purposes. Individuals to that sometimes too. Maintaining a healthy distance from, and relationship with your social media – that is, always remain cognizant that it is a tool for you to use, not a means of making you feel whole – will help keep you safe. Post your posts, like other people’s posts, get your name out there for auditions and jobs (right here at NYCastings.com for starters) and then put down your phone, close your laptop, and get yourself out to a class or work on memorizing a new monologue or head to an audition!

Another insidious trap of social media is getting caught up in comparing yourself to your peers. Hey, let’s face facts: actors can be a jealous bunch. Who hasn’t seen some fellow actor’s post about a role they landed or an award they won and thought, “THAT guy?!? Really? I could do so much better…” This is simply human nature. It can’t be helped to have passing thoughts like these from time to time. However, spending all your time obsessively poring over the social media feeds of everyone you went to theater school with or your circle of acting buddies who all wind up going to the same auditions wherever you live is a trap that can never make you happy. The thing is, even if you are the one to nail some awesome role and you momentarily allow yourself to feel superior and smug when you share it, there will always be another role or accolade to come along, and another and another. It’s not the “winning” or “losing” that’s the problem here, its the mindset beneath. We are all unique individuals and no two actors or people run the exact same race in the exact same way. Don’t let social media talk you into measuring your worth against others;  it can only end in heartbreak and bitterness.

3. Don’t Be An Attention Whore

This is related to the above two notes, but deserves its own category. Too many actors have taken the model of creating an online personality from the Kardashian school and believe that it’s acceptable to use social media to seek attention for the most ridiculous “achievements.” While it’s of course a huge boon to have the reach of social media these days and the potential to reach the eyeballs of millions of people in the industry, remember that they can see the good, the bad and the ugly, if that’s what you’re posting. While it’s great if your posts about some show or a video clip from an original short you made with friends gets a casting director to look you up, you also have the potential to turn people off and make them NOT call you based on something you post in your zeal to get all the attention from all the people. Also, for the love of god, don’t be a humble-bragger: “Oh my god! Three callbacks in one week! What if I get all three roles? I’m going to be sooooo busy! Haha!” Oh, shut it, Tiffany. Everyone knows what you’re doing.

4. Put the Social Back in Social Media

Here’s the thing far too many actors forget about social media: the “social” part. That word implies a back and forth, a network, a feedback loop that is circular and doesn’t necessarily have you at the center. The feeds are not your soapbox or your personal DIY ad agency for getting your information out there and nothing else beyond that. No, in order to make the social media outlets work best for you, you’ve got to help them work for your friends and colleagues too. Celebrate the achievements of others, join their groups, reach out to people offering classes, seek out advice, offer advice, find people to collaborate with. The real trick to getting noticed on social media in actors’ circles is to not try too hard to be noticed. Helping others helps yourself by putting you firmly in the mix. As others take notice of your positivity and all the cool support you offer them, they will give you back the same.

Finally, put the social into social media but aimed squarely at the professional side of things. The note above is more about peers, and yes, you never know who might know whom, so this is a very important aspect to cultivate. Perhaps equally important however is to do some leg work and set aside some time to actively seek out professional connections online as well. In the olden times, you used to have to pay hundreds of dollars for the privilege of attending networking events where you’d get the opportunity to stand around a mildew-smelling airport Hilton meeting room with several dozen other sweaty, uncomfortable-looking people in stick-on name tags, hoping Steven Spielberg might drift by at any moment. No such luck, generally speaking. However, these days, all that is mostly behind us, my brethren and sistren. Nowadays you can do more solid networking in an hour sitting at your computer in your pajamas than you could at a weekend mixer event like in the bad old days. Reach out to casting directors, agents, filmmakers, screenwriters, etc. As long as you keep it respectful and avoid being stalky, most people won’t mind. If they do, well, lesson learned and they likely won’t respond at all, nothing more.

The bottom line is we have to make social media a regular part of our work as actors building our careers. If you do it judiciously and smart, you never know where online connections might lead! 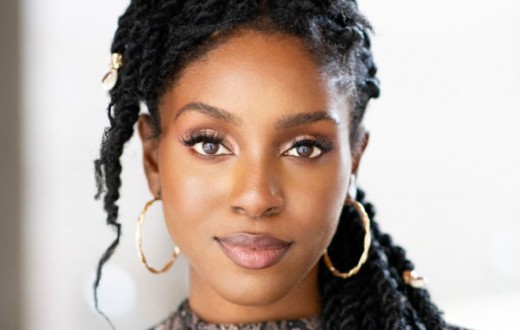 “Och! be quiet now;” from the play, ” Campbell of Kilmhor” Mary’s son has just been taken out to be shot by Campbell’s men. She re-enters ...
Adult Female Monologues

“The bullet hasn’t moved.” from the film “Regarding Henry.”  When calculating attorney Henry Turner receives a bullet in the head during a robbery, he loses ...