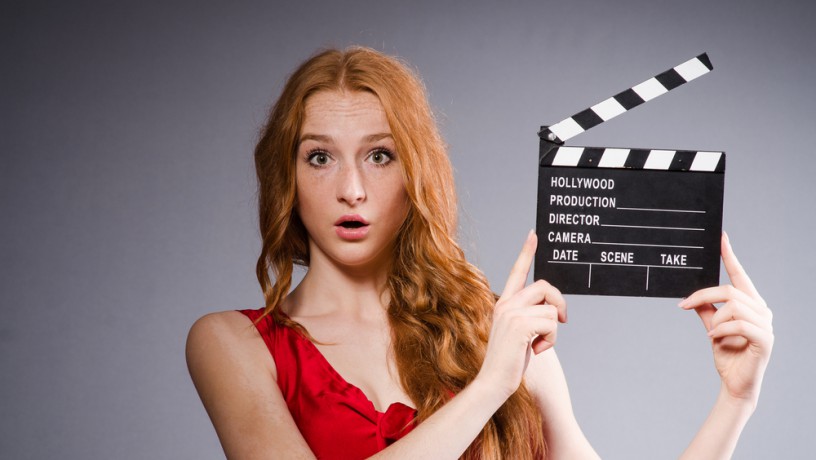 “We’re actors! We’re the opposite of people!”

Let’s be honest: acting is fun. There is a tremendous joy we as performers get to experience that mere mortals are denied. That’s the excitement, the adrenaline rush, the incredible, exultant energy you derive from getting up in front of a group of people and doing your thing. Yes, acting is a gift we give to others, but the dirty little secret is, if you’re doing it right, you also get quite a lot out of it!

And if you take away that adrenaline and that energy, you also take away the joy. Adrenaline is vital to a living, emotionally honest, connected performance. So the actor has the sometimes unenviable task of walking an emotional tightrope: true, you get a rush out of the adrenaline of performing. But sometimes that adrenaline can go wonky, resulting in nervousness and anxiety–what used to be called stage fright.

Which, at its heart is a fear of failure: fear you’ll forget your lines, fear you will trip and fall down, fear you will freeze up like a deer in the headlights–there are a million ways to fail, and everyone who performs gets some version of nerves when it’s time to go on. Indeed, Americans consistently list public speaking as one of their top fears, often outranking fear of flying and even fear of death.

And as actors, we may be the “opposite of people,” but that doesn’t mean we don’t suffer from some of the same maladies as the rest of the species. That’s just the way it is; when you really think about it, what we do is an unnatural, strange activity. Anyone who says they don’t feel any degree of nerves before performing is either lying or they have simply learned how to deal with it in such a way that they don’t notice it anymore.

So how do you do that? Here are a few tools and tips for adjusting to bouts of performance anxiety and pushing through to give the best performance possible!

The first step toward fixing a problem is recognizing it for what it is. Denying the way you feel is counterproductive at best, and could even make the problem worse. So own your feelings of nervousness. Recognize that, like any feeling, nervousness is a fleeting thing that will pass. Oftentimes feelings of nervousness about performing stem from focusing an undue amount of thought onto oneself. “Will I fail? Will I forget my lines? Will I miss my cue or entrance?” If you break down these kinds of thoughts, you can see how self-obsessed they really are: “I, I, I, me, me, me.” Focus instead on your job and the people around you: you are here to listen to and connect with your fellow actors and audience. Before a stage performance I like to say a little mantra, borrowed heavily from the writing of Steven Pressfield in his book “The War of Art:” “This is not about me. This is not about the words I say, or the words I forget to say. I am a tiny part of this performance, and that is itself just a tiny speck in the history of performing. What we are about to do here is much, much bigger than us. It connects us in a direct line to the very first Greek actors thousands of years ago, and like them, it is about connecting our hearts to one another’s, and in turn to connect with the people in the audience who are sharing this space with us tonight. May the gods of the Muse help us to do that the best way possible.” It may sound silly or “woo-woo” to some, but the concept is solid: shift the focus off of yourself and your potential for failing and focus on others.

It’s such a basic thing, but we often fail to really concentrate on our breathing. This can lead to shallow breaths and tightness through the chest and abdomen. Taking a few minutes to close your eyes and really focus on your breathing, taking deep breaths all the way down deep into your lungs, not only helps to relax you, it serves to again put your mind on something apart from your negative thoughts about potential failure. That’s one way to use your breathing to relax. Another is recommended by rocker Neil Young. He says he does 25 or 50 push-ups or sit-ups just before hitting the stage. By forcing your body to work a little harder, getting your blood pumping and your breathing ramped up a bit, you loosen up all that tension you hold in your chest and stomach when you’re nervous. Try it! It really helps!

There is no substitute for preparation. The confidence you carry with you when you are rock-solid on your lines and your blocking and your character’s journey goes a long, long way to reducing nervousness. Of course when you are unprepared you are going to entertain thoughts of the possibility of failure–and rightly so! Do whatever you have to do to get the words and movements in your body, to a place where they are instinct. This is an absolute must in order to get yourself out of your head and out of your own way so you can fully bring your character to life.

4. Step off the cliff

I have a musician friend who says she loves the first mistake she makes at any performance–oh, there are going to be mistakes, have no doubt about it! She describes the sensation as akin to stepping off the edge of a cliff: there’s no going back once you’re over the edge, and you can only fall once. So you might as well enjoy the ride! Acknowledging our imperfect humanity and thus our imperfect performances right out of the gate can really help with mental relaxation. You could even take this a step further: celebrate the mistakes! Every performance, and every take if you are working on film is going to be different, no matter how many times you perform a piece. Turn it around and learn to enjoy and embrace the weird things that happen–a misplaced prop, a muffed line, a late entrance–it’s part of the fun! These things keep us nimble and in the moment. As long as you have a healthy understanding that you are not perfect and never will be, you can open yourself up to going with the flow of that evening’s particular performance. (Bonus tip: Take an improv class! Like everything else, to practice thinking on your feet makes it easier to do in real time.)

The bottom line is that nervousness when performing is natural. Don’t fight it; acknowledge it, and engage with it and turn it to your advantage in the form of an electric, lively performance!

“I remember the summer after my mother passed away from the movie “30 Mins or less.”Nick is a pizza deliverer who lives a fairly ...
2 Person Scenes

“Sorry about last night.” from the film “Bull Durham.” Nuke and Crash have one last chat in the locker room before Nuke goes up to the ...
Audition Monologues

“Agnes, you have kept your health living on your estate in Long Island” from the play, “Ever Young” Mrs. Payne-Dexter discusses how everyone is telling her ...
Adult Female Monologues