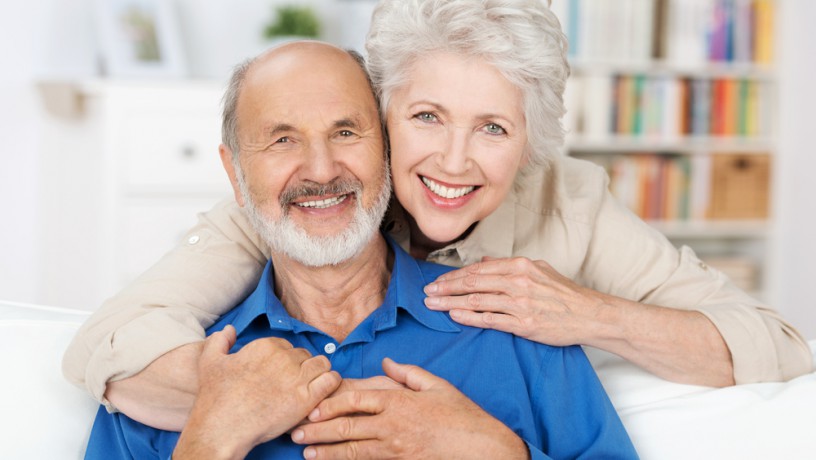 One of the best things about teaching acting classes is the sheer variety of people you get signing up. Of course you’ll get the 20- and 30-something people who have always been into acting, the ones who are just out of school, who are just looking for some scene study help, or who are just looking to stay sharp between shows.

It’s interesting though: some of the most nervous people I get walking into my classes, the ones who sort of hesitantly peek in before they even walk the whole way into the room – as if they think a cartoon 20-ton weight might drop on them – these people usually turn out to come from two groups: teenagers, and older folks.

Now, of course we’ve all been teenagers at some point. We understand how that time of life can be a maelstrom of insecurities.

But I’m often surprised by how nervous people of retirement age can be walking into a class. After all, think of all they’ve done with their lives: these are people who have raised families, had one or two or three careers, hell, some of them have fought in wars! What on earth do they have to be afraid of?

Well, first of all we’ve got to remember that public speaking is most people’s greatest fear, above sharks, airplane crashes, or even running out of coffee. And acting is about the most public of public speaking there is.

So if you’ve never acted before, of course it can be a little daunting. So let’s talk about a few things to help you get started on your second career as an actor.

1. You Are (Always) The Perfect Age

Actors of all ages are needed all the time. Take a look at virtually any TV show or movie. While we tend to think of the term “actors” as always meaning leading stars like Ryan Reynolds, Matthew McConaughey, Amy Adams, or Anne Hathaway, the fact of the matter is, when you read down the cast list, the young, hot lead actor in any movie or show is in the minority. you will see that there are often four or five or even ten other actors for every lead character – and let me tell you something, not all of them are six foot four with perfect teeth, blond hair and abs you can bounce a quarter off of. For retired people, we’re talking about the silver-haired judge, the cop on the verge of retirement, the CEO of a company, the patriarch of a family – the list goes on. Hell, take a look at drug commercials these days: 9 out of 10 feature people with gray hair. So, the very first thing you’ve got to do is shake the notion that “I’m too old to be an actor.”

Now, when we say it’s easy, that doesn’t mean you don’t have some work to do.

— Classes: You’re going to want to start off by getting yourself some of the basic tools of this business. Start off by looking around for some acting classes. Universities with film and theater programs often have ongoing education classes, and you can find private instructors affiliated with theater companies. Remember that most reputable instructors will have some testimonials and positive reviews from people who have worked with them before. The other thing to keep in mind about classes is that reputable teachers will allow you to audit a class before they make you sign up. Don’t be afraid to ask! These folks – believe me – love the opportunity to show off what they do (and they love getting new students!)

—Headshots: Once you start taking some classes, your acting network will begin to grow automatically. Ask around where people got their headshots done and find yourself a good headshot photographer. This is your calling card, and vital for getting your foot in the door at any audition.

— Read and Watch: In addition to getting in some classes you can help yourself along by doing some studying. First of all, read every script you can get your hands on. Trying some lines out loud on your own or reading scenes with a friend can be fun as well as enlightening. Also, a couple of great technical books to get you started are “Acting for the Camera” by Tony Barr and “A Practical Handbook For The Actor,” created out of a class with William Macy and David Mamet. Then take what you have learned in your classes and what you read about and watch films and good television with a critical eye. You can learn a great deal about acting this way if you focus on the nuts and bolts of it.

A couple of more esoteric things to think about as you pursue your late-in-life acting career: if you could pick out one word you always hear when you talk with directors, casting directors, producers and agents about what they’re really looking for in actors, that word would be confidence. What this means in the context of acting – and where it gives older folks with more life experience a big advantage – is someone who is comfortable in his or her own skin, someone who knows who they are. Keep in mind that you being who YOU are, and the way your unique individuality comes out in your acting are what’s most important. That’s not to completely dismiss technique; keep taking your classes and learn the technical aspects of acting. But also work toward putting aside any lingering insecurities or doubts about getting into this if it’s something you want to do. A person walking into a casting session who shows personality and a unique take on the material and who presents themselves as affable, friendly, and willing to listen has a definite leg up on someone who is desperately trying to be the “perfect” actor giving the perfect performance and who comes across as terrified of screwing up. Your unique you is your best and most important tool – don’t be afraid to show it off!

So now it’s time to take the leap and get going! You can only learn so much in classes and books; time to get your feet wet and do some learning by doing. A great place to start is right here on NYCastings by posting your headshot and signing up for email notifications of auditions in your area. There are literally hundreds of new auditions posted every day looking for all shapes, sizes – and ages – of actor. Another great place to get some real-world experience is working with student film directors. They are always in need of actors for their school projects, and you can forge some valuable bonds there, as well as expanding your network and learning how to work on a film set. Community theater is also a valuable place for learning how to deal with the nerves of getting up in front of an audience and dealing with the technicalities of acting.

The most important thing to remember is that if you want to do it, your age shouldn’t be what stops you – on the contrary, it can actually be a tremendous asset. There are a million 20-year-old actors out there; not so many 50- and 60-year-olds. You’re a unicorn! Get started today!