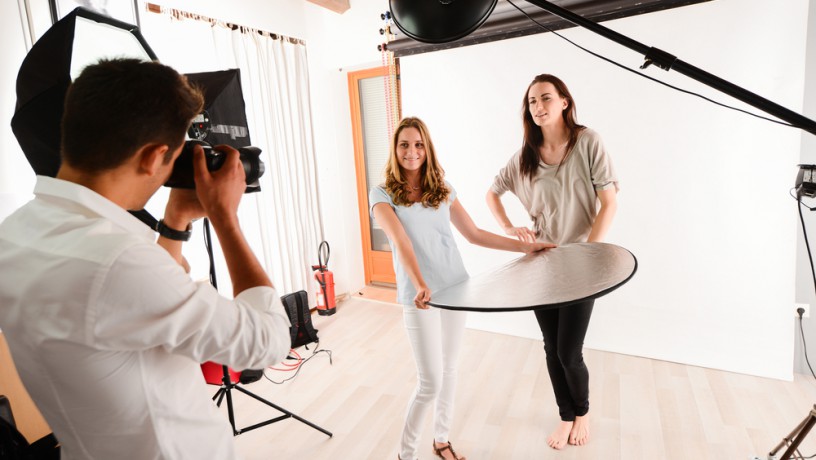 There are two topics that are talked about probably more than any other among actors trying to establish themselves. Auditions are one of them, mainly because that is the primary hoop we have to jump through in order to land the gig.

The second one is headshots, and for a related reason: auditions and headshots are the tools we use to get our foot in the door.

Yes, you must have an education in acting in order to develop the skills needed, whether it be at university, or by attending private classes and simply doing shows and films. There’s a language to acting that goes beyond the verbal that we all must continue to learn, long after college is over.

But all the skills in the world aren’t going to get you jack squat unless you get a casting director or a director or a producer to notice you. It could even be said that the headshot is more important than the audition in a way, simply because you aren’t going to get called in to read unless that headshot speaks to them. All the acting skills and all the audition technique in the world isn’t going to do you any good if the casting team’s first encounter with you is in the form of a bad selfie from your last Spring Break that you have for some inexplicable reason blown up, printed out and used as a headshot.

So let’s break down some of the biggest mistakes actors make when it comes to headshots—besides using selfies–and make sure you get that foot in the door so you can show off your skills!

One of the biggest mistakes up-and-coming actors make with their headshots is not understanding that it is a marketing tool. And the thing about marketing is that, in order to do it effectively, your product must be specific. As much as we might hate advertising, the people who do it well understand exactly what they’re selling. And they understand exactly who they’re selling it to. Now, we can’t take a separate headshot to be used for every single role we’re going to audition for, so marketing for specific audiences is out, with the exception of perhaps a few general looks that are slightly different. Instead, what your focus needs to be on is specifically what you are selling. Far too many actors think a pretty picture of their pretty faces is going to book them work. But this kind of generic, “throw it against the wall and see what sticks” approach is a killer when it comes to getting called in to read. We often talk about focus and specificity when it comes to acting; same thing applies here. Who are you as an actor? What’s your wheelhouse? Are you a big tough grizzled type? Great. Emphasize your thousand-yard stare. Don’t try to sell yourself as a 90s sitcom dad, if that’s the case. That’s just one example. The thing to understand is that there are just too many actors out there competing for roles in every single niche and type you can imagine for a generic headshot to work in selling you. Figure out how the industry sees you and play to that type. While we all of course have range as actors and we love to push the limits of that range, you’ve also got to understand the type that you represent. This is what you are selling initially. Once you’re in the room you can sell them on your ingenuity and ability to step outside that type, but you’ve got to use your headshot to maximize your chances to get in there in the first place.

2. Cheaping Out on the Photographer

Look, headshots are expensive. Of course we all know that. And it seems like they are only getting more expensive. So the temptation for working actors trying to make ends meet is to get their buddy Dave who shot photos for the school newspaper to take their headshots for them on the cheap in order to save a few bucks. It’s understandable, but it’s also a mistake. As Oscar Wilde said, “Nowadays people know the price of everything but the value of nothing.” So here’s another way to look at the outlay for headshots: if you’re going to spend that kind of money, don’t you want the best product possible? Not to mention that this item is going to be your calling card, your potential entree into the casting room—don’t you want to give yourself the best shot possible? And what’s more, the point of headshots is to get you work so you can make money! If you’re sending out shoddy, unprofessional headshots that don’t capture an honest moment of the truth that is you—no easy feat, even for professional headshot photographers—then you are shooting yourself in the foot when it comes to booking work. It hurts, yes, but please, just spend the money to get a professional headshot photographer to do the work. Not just any photographer, but one who specializes in headshots. Your career–and your wallet–will thank you down the road.

A great headshot doesn’t happen by accident. We’ve already established that you need a pro photographer who knows how to take headshots, and a solid understanding of who you are as an actor and what you are selling. Now you need to think of your headshot session as an audition, or better yet, a performance. Doing the amount and type of prep work you put into your auditions and shows is vital to bringing out your best once you’re in front of the photographer’s camera. In other words, you need to get into character before you ever get to the studio. While the character is of course you, it is also a version of you that is marketable for certain types of roles. So do some prep work on those types of roles before you go in—read some sides and monologues that you have clicked with in the past, ones that play to your strengths and your type. Dig into those types of characters. Move around in the clothes you plan to wear. Study your look in the mirror—microexpressions tell so much about us. Be certain you know what story you’re telling about yourself before you go in so you’ll be confident once you’re there. You wouldn’t go on stage or step onto a film set to shoot a scene without warming up—why on earth would you do so before creating your number one marketing tool?

4. Save the Quirkiness for Later

Okay, you’re a professional actor who is thus a creative, unique person and artist with a million ideas for original creations. That’s great. But your headshot is not the place to show that off. Too often actors trying to grab the attention of CDs use gimmicky tricks that only end up looking desperate—and off-putting. CDs look at your headshot for all of about 1.5 seconds—you’ve got that long to sell yourself in your particular niche. Don’t screw around here with wacky facial expressions, silly poses, weird artistic shots, or anything else. The time for showing off your creativity is after you get called in to read, and that isn’t going to happen if it takes the CD or producer more than a second to pigeonhole you for a role they’re looking to cast. You want to help the CD as much as you possibly can to make choosing you from the thousands of headshots they look at each week the only choice—make it easy for them, and later on you can show everyone what a creative, valuable team member you would be.

This may sound like one of the simplest rules and a very obvious one, but far too many actors violate it: make sure you look like you actually look in your headshot. Nothing will get you that dreaded, curt, “Thank you, we’ll be in touch” three seconds into your monologue like showing up looking radically different from your headshot. See the note above: they take a second to look at your picture—if it doesn’t look like the person who shows up in the casting room, what was the point of them calling you in in the first place?

For god’s sake, bring hard copy of your headshots with you to every audition! If they want to gaze at your delightful visage, who are you to deny them? (Plus that means they’re interested!) 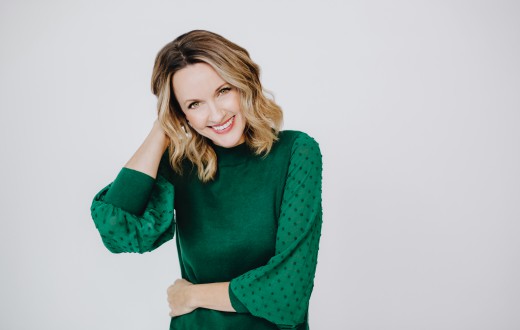 “Why, you taught me goodness, therefore you are good.” from “The Crucible.”Abigail is trying to coax the man she had an affair with to stop rejecting ...
Adult Male Monologues

“But do you have the common courtesy to call me and tell me that you will be twenty-five minutes late?” from the TV Show “Full House”. Uncle Jesse ...
Adult Male Monologues

“You know — you’re not as vile as I thought you were.” From the film “10 Things I Hate About You”. Patrick takes care of ...
2 Person Scenes