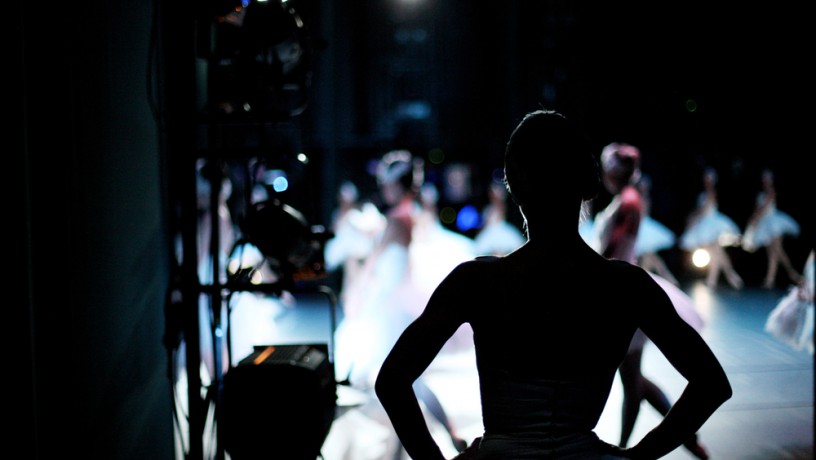 There isn’t an actor out there who doesn’t want to perform. That’s why we got into this game: we love to create characters, we cherish the connection with an audience, we adore making people laugh and cry–and face it, we crave the attention.

So for some actors, getting cast in an understudy role can be a bittersweet victory: yes, I booked a role; yes, I’m getting paid; yes, I’m working on a show–but the bummer is I might never go on.

However it’s important to realize what a tremendous opportunity it is to work as an understudy. First of all, it’s a huge responsibility; the show’s director and producers are putting a great deal of trust in you, and that can pay off down the road.

Secondly, you’re usually going to end up covering a number of roles, or covering a bigger role and playing a smaller role. So instantly you’re obligated to learn not just one but two or three or even more character tracks. In terms of learning by doing, being an understudy for three roles is a bit like being in three different shows, so it’s great for building experience.

Third, developing the discipline to not only learn several character tracks, but to have the focus to play any one of them at a moment’s notice is a great “capsule class,” if you will. If you’re covering three or four characters for a show that’s going up in three weeks’ time, you simply have no time to screw around; you MUST get these characters on their feet immediately. This can benefit your memorizing skills, your script and character analysis, your ability to be in the moment, as well as your focus.

Learning the discipline to be a solid understudy is a skill that instantly transfers when you book a principal role yourself. So embrace it! With that in mind, here are a few tips for how to be the best understudy you can be.

Your preparation is key to making a solid go of being an understudy. Of course, we all  know preparation is key to playing any role. But emphasizing your preparation as an understudy is a good idea due to the fact that you’ll likely be asked to cover more than one role, which instantly doubles or triples your workload. Not only that, keep in mind that you’re largely left on your own and trusted to do the bulk of the work yourself when you understudy. Of course you’re present at rehearsals, of course you should be taking the acting notes the director gives the actors playing the roles you’re covering, and of course you must learn their blocking. However, the factor that is very different for the understudy is the lack of organic learning that usually happens when you’re actually playing the role. Think about it: when you’re up on your feet rehearsing a role night after night, your feet and your body and your words and your mind and your emotions all come together through repetition and create an organic synergy that helps infuse the character and the show into you. I have actor friends who can’t even begin to memorize without the blocking being mostly locked in, as the physicality must be linked to the words for them or they simply won’t remember the lines. Memorizing lines and blocking separated from running the scenes over and over with the other actors as one does in a normal rehearsal is a very different beast for the understudy. So be prepared to get prepared–even more than you usually do when you book an actual role.

Of course it’s vital to your success as an understudy to develop the focus to learn the tracks of all your characters, and to have them down cold before opening night. But it’s also important that you have the focus to apply them should you get that call telling you you’re going on that night. If and when the stage manager does call, naturally you’re going to be flooded with tons of emotions and wild thoughts–not to mention nerves. Hey, this is opening night for you–of course your adrenaline is up! But it’s important to remember why you’re here: the producers and director saw something in you that told them that you’re the one who can handle this. You’re a pro, you know your stuff, you’ve done your prep work, and now it’s time to bring it to the stage. Take a deep breath, go over any pieces of your track that you feel you need to look at, and make your preparations for performing as you would for any other role. One more note that’s particular to the understudy: the principal actors will of course be excited for you and wanting to help in any way to make the show run as smoothly as possible. But you should keep in mind that, while everyone on a show is part of a team and of course want each other to succeed, they each have their own work to do tonight too. Instead of being over-reliant on them for reassurance, make it part of your job to assure THEM that you feel great and you’re ready to go. You can do this by showing your quiet confidence and certainty that you know what you’re doing.

When we learn any character we of course have certain parameters we’re obligated to follow: the lines, the intention, the beats within the scenes, the arc of the character and the story, and the director’s wishes. Having said that however, you are still you, not the actor you’re covering. Although you are an understudy you are still a unique and individual actor who isn’t expected to simply mimic every single particular choice and quirk the principal actor made. Don’t be afraid to bring your own unique sensibility to the character and the show. As long as you stay within the parameters mentioned above, your fellow actors should be delighted at getting to play off a different take on the character. And you should have fun with it too! After all, a sense of play and being in the moment, being ready for anything that might occur is a large part of the joy of acting, isn’t it?

As any theater actor knows, shows morph and change over time. So as an understudy, it’s vital to keep up with how the show is developing. Spending every show chatting up that hottie from the chorus or surfing the web is a mistake–you should watch the monitor every night and note any changes because you’ll be expected to execute them too!

Being an understudy can be not only lucrative, educational and fun–it can help you develop a name as an actor who can be relied on, which can open lots of doors!

“And I’m working at this like group home with Suzy Harris.” From the play, “Pretty Theft.” In this monologue Allegra talks to her sick and ...
Adult Female Monologues

“But if you love me, you have to love all the things about me,” from the film “Dirty Dancing”. Baby confronts her dad. 1-2 Min. ...
2 Person Scenes

BABYSITTER – A boy has a playful conversation with his babysitter. Younger boys can use this monologue as an audition piece. 1 Min. INT: A MESSY HOUSEHOLD. Adrian, ...