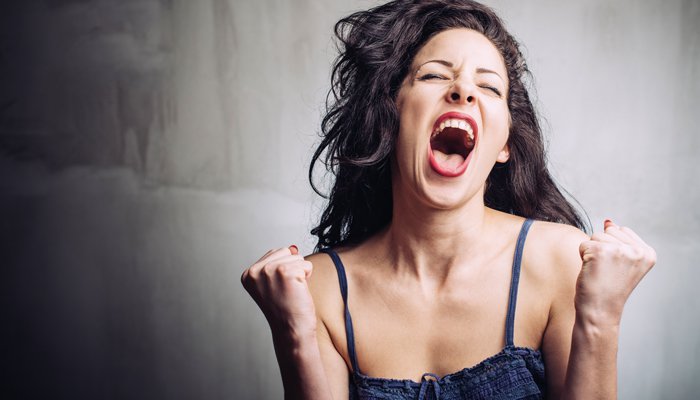 Starting today! You can OWN every audition and performance by embracing the acting advice of these three working actors – on how to be 100% natural.

Tip #1. Give yourself permission to rock it out! I win the room not just the audition. I give myself the permission to be my wonderful, unique, quirky self and be memorable. I allow myself the space to live in the room and not try to book the job. When you give yourself freedom to win the room the pressure of the job is off your shoulders. And then it’s really about connection you have with the other actors and the casting directors.

This proved profitable with my audition for ANNIE with Jamie Foxx.

I was auditioning for Kathleen Chopin who was an IDOL casting director. I had admired her work for years and knew this was an important audition to BOOK the room, not the JOB. I had been away for a month in Edinburgh, Scotland performing my one-woman show, BETTE DAVIS AIN’T FOR SISSIES, and I was confident that I was enough. Whatever I brought in to the room was going to be enough. I had only myself to give and I was certain if I walked in as myself that would book the room. I remember being downstairs, and painting my nails red as it always makes me feel grand and thinking “You got this Jess, you can do this, have fun, you deserve this”.

It worked and you can see me as Reporter Mary Gillen in ANNIE.

Jessica Sherr is internationally acclaimed Actress / Writer. Born in San Diego, California she has always been a creative.  She can be seen on NETFLIX in Team Toon as Miss Faltine, Reporter Mary Gillen in ANNIE, and is the writer / performing of acclaimed 5-Star show, BETTE DAVIS AIN’T FOR SISSIES. www.JessicaSherr.com Watching very skilled actors perform on film sets, it struck me one day at a deeper level that great acting is often about being fully, truly relaxed.  When we are relaxed, we can really do anything as performers – we can summon up whatever is necessary for a given role. And of course, this is the wonderful paradox of “not trying” – there isn’t really a way to force yourself to be relaxed. You just relax!  Once you give yourself permission to relax, you’re in the right zone.

Sometimes it helps me to imagine that I am shooting with old friends – that the people around me are people who I’m already completely comfortable with and we have a blast together; they already know I’m going to bring my best to the table – and assuming that disposition and demeanor.

Pretend ‘as if’ the crew and team are already your biggest fans, and you’ll be surprised how much more you’ll relax and be comfortable.  Also, having an ‘inner director’ and a sense, developed over time, of when something might be ‘too much’ is very helpful.  Directors always respect actors who have good instincts.  I think, to some degree, actors should always be directing and calibrating themselves.”

Tony Wolf is an actor, singer, voice-over guy and host. He does a lot of sketch comedy videos. http://www.tonywolfactor.com/ Reel: https://www.youtube.com/watch?v=hfXJR7ocsBk Twitter: twitter.com/tonywolfness

Tip #3. Do your prep work beforehand! I love doing the following character preparation exercises before an audition or rehearsal or shoot, as they help me find the character in a natural way by using myself in the process. (These are all techniques taught by my acting teacher Sande Shurin.)

First I write a list of 20 attributes that the character has. You can think of this list as something you might see in a casting notice (ex: smart, fun, nerdy, shy, etc.)

Then a make a list of 20 attributes that are OPPOSITE those qualities.

Next I make a list of 10 ways that the character is the SAME as me, and 10 ways that she is DIFFERENT than me.

Finally, I think about how character and the scene are relevant to me in my life right now. For example, I was recently preparing to shoot a role in an upcoming web series called ACTING SCHOOL, which is a comedy about an aspiring actors in an acting class. My character is the only person who is NOT an aspiring actor in the show. She is the mousy “teacher’s assistant”, and has no ambition to be a performer. I had to find something that would be very relevant to me about the character, since in real life I am a (very ambitious) actor! At the first rehearsal I had a realization – almost everyone working on the show already knew each other, and had worked together or were friends, except me! I was the “outsider” in the cast….which was ALSO true for my character. She feels like an outsider because she is not an actor. So that was the relevance that I used to create my character!

Crystal Faith Scott is an actress and filmmaker, and is currently in pre-production for her first feature film GIRL CLOWN, based on her award-winning short film. You can learn more about Crystal at www.crystalfaithscott.com, or on Twitter at @crystalscott

“Times were different then” From the Film “Interview with the Vampire.” Louis reveals how he met a vampire. Dramatic monologue for Adult Male Actors. 1-2 ...
Audition Monologues

Lean Cuisine commercial. Ideal for female adults. Under 1 Min.  I decided long ago that I am not going to eat my way through every ...
Adult Male Monologues

“Shot him in the neck, didn’t you?” from the film “Three Kings.” Archie tries to tell the members of his team what it’s like to get ...