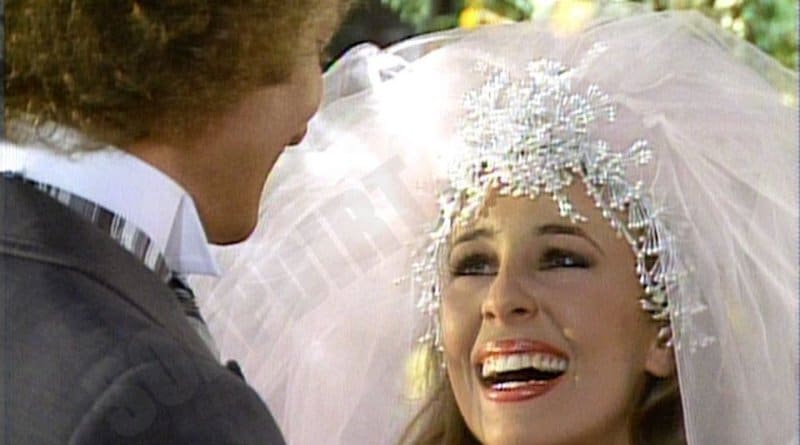 Nothing tells a better story than infatuation. Usually infatuation is very intense and short-lived, however, there really isn’t any rule set for how long infatuation can last. Oftentimes, infatuation can be borderline creepy, even considered something called “obsessive love” which could lead to stalking, or even worse.

Actors who portray infatuation can really have a lot of fun because there are so many variables. 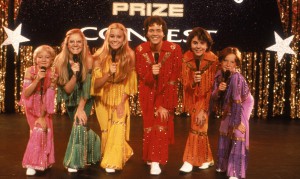 The character on the receiving end may or may not want to be with the other character:

How often do we see this? Very often. Apparently there are gazillions of ways to tell this story. You’ll see a character, usually a male, pining after the female character and she just brushes him off. Or, if you want to take it two steps further, in The Brady Bunch Movie, you have the girl who is interested in Marcia Brady (Christine Taylor) but Marcia doesn’t even realize the girl is after her!

The receiving end character does want to be with them but there’s an obstacle in the way:

Many people have experienced being in love with someone they cannot be with. There can be many reasons for this including different lifestyles, family expectations, or personal circumstances. It can be a very difficult and painful experience to be in love with someone you cannot be with. Often times people will try to deny their feelings or push them away, but they can be very hard to ignore.

The character that’s infatuated decides they are no longer interested after finally getting to meet the other character:

Infatuation is one of the most intense emotions that a person can experience. It is all-consuming, and can often make a person feel like they are living in a dream. However, infatuation is not always permanent. Sometimes, the feelings of infatuation will fade, and the person will no longer be interested in the other person. This can be difficult to deal with, as it can feel like you are losing something that was once so important to you. However, it is important to remember that this is a natural process, and there is nothing wrong with feeling this way. Eventually, you will move on from the other person and find someone who is better suited for you.

The two characters hate each other but end up together:

Though they can’t stand each other, these two characters are drawn to each other by an undeniable force. Their mutual hatred is only matched by the infatuation they feel, and the tension between them is electric. Will they ever be able to get past their differences and admit their feelings?

So juicy, right? With infatuation, the relationship can be one-sided, double-sided or no-sided!

We’re going to go old school here so you can learn from some of the greatest storylines.

Infatuation is characterized by intense emotions, infatuated love and physical attraction. For Luke and Laura Spencer on the ABC daytime drama General Hospital, their infatuation quickly turned into one of the most popular couples in soap opera history.

The actors who portray Luke and Laura, Anthony Geary and Genie Francis, have undeniable chemistry on-screen. Their characters’ story is one of star-crossed lovers who can’t stay away from each other no matter how hard they try. From their first meeting to their recent reunion, Luke and Laura’s relationship has been a roller coaster ride of passion, heartache and hope.

On the audience side, Luke and Laura’s storyline was so powerful that even today, their characters remain on the show (off and on, you know how it is) and everyone is still talking about their 1981 wedding. 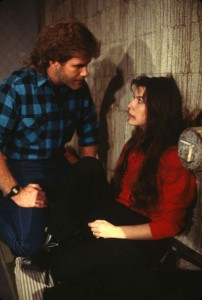 Another example from General Hospital is Grant Putnam and Celia Quartermaine. Anyone remember this? This storyline was so complex, I can’t even delve into it here, but the gist of it is that Grant became obsessed, and I mean obsessed, with Celia. There was kidnapping involved with Anna Devane. And let’s not forget about the Aztec treasure and Sean Donely.

Many people have experienced infatuation, or being head-over-heels in love with someone who they may not even know that well. In the film, a successful lawyer named Dan falls for a woman named Alex, who he had a one-night stand with. Even though Dan is in a happy relationship, he can’t get Alex out of his head.

Alex begins to stalk Dan and his family, going so far as to boil his daughter’s pet rabbit. She becomes obsessed with him, which ultimately leads to her downfall. While Fatal Attraction may be an extreme example, it highlights how dangerous infatuation can be. When we become too focused on another person, we can lose sight of what’s important to us and make some very poor decisions.

But the audience was also infatuated! There was something about Johnny Castle’s smoldering good looks and bad boy attitude that made viewers’ hearts flutter.

Nearly every girl in the movie was head over heels for Johnny. Baby was no exception. She may have been initially attracted to him because he was a bit of a rebel, but she quickly fell hard for his charm and good looks.

It’s easy to see why so many women were drawn to Johnny Castle. He was the perfect mix of bad boy and gentleman. He could dance like no one else and he always had a twinkle in his eye. It’s no wonder Baby couldn’t resist him.

Actors must be able to convincingly portray infatuation on screen. This is no easy feat, as infatuation is often accompanied by behaviors that are not considered socially acceptable. However, when done well, viewers can suspend their disbelief and become fully invested in the story. As such, actors must be skilled in both physical and emotional acting in order to portray infatuation in a way that is believable and relatable.

A STREETCAR NAMED DESIRE – Blanche makes a grim confession about her past. Dramatic monologue ideal for Adult Female Actresses. 3-4 Min. BLANCHE: I loved ...

Resume Reviews – Get Hands-on Written Reviews of your Resume, Photos, Reels and  Self-Taped Recordings. If you are new to the acting business, you really need ...
Adult Female Monologues

SOCIAL MEDIA Monologue – A woman offends her coworker in this comedic monologue that rants about the use of social media websites. 2-3 minuteFemalesFemale INT: AN OFFICE ...