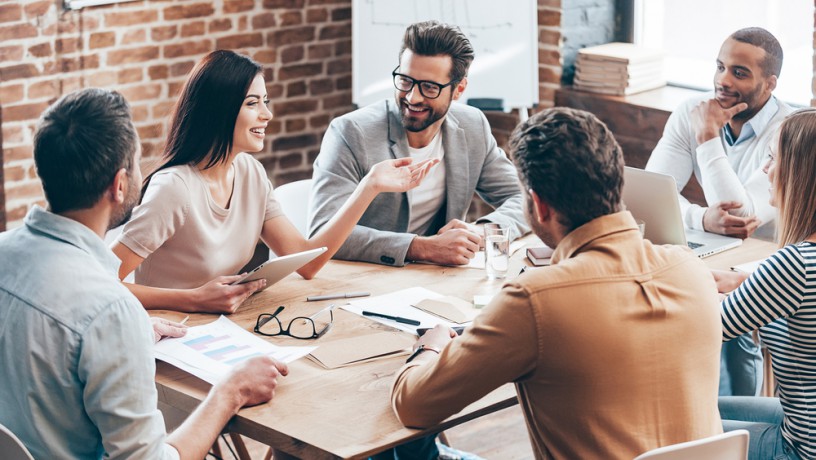 There is a great deal of mystery that goes into the process of acting, a great deal of unknowable connection and subjective emotions and hard-to-explain technique that can often be seen, but which are difficult to quantify.

All this, as actors, we should already know.

But then there’s casting. It’s a process that, like making laws, could be compared to making sausage: its messy, it’s ugly, and you probably don’t want to know how it’s done.

Who among us hasn’t at one time or another walked out of a casting room thinking they nailed the role only to not even get a callback? It happens, and not just to you.

Then there’s the opposite, more delightful (and rare) occurrence, when you walk out all glum and down due to your terrible audition, only to book the role – somehow.

In our struggle to understand and cope with the stress of auditioning, there are a lot of misconceptions about what really goes on behind closed doors once we’ve said our nervous goodbyes, tossed our sides in the trash and headed off to the next audition. Here are a few things to remember next time, to help keep it all in perspective.

One massive misunderstanding about the whole casting process that many actors suffer under is the notion that the casting director is the be-all, end-all decision maker. While it’s true that the casting director is an important component of the creative team, and no doubt has a challenging job – although according to many of them (not to mention people who work closely with them) it’s a job that will make you crazy. But it’s important to understand that the CD is hardly the only person deciding who gets cast and who doesn’t. It’s perhaps best to think of the CD as the gatekeeper, the point man or woman who controls the initial flood of hopefuls, and works with them in an effort to best present the actors to the rest of the team in a somewhat organized manner. This is why it’s vital, if you want to be a successful actor, to shed the tendency to put the CD on a pedestal and treat them as if they were some benevolent or cruel god come down to visit us mere mortals for a time, before plucking the lucky winners out of the crowd and carrying us up Mount Olympus to live out our lives among the gods being fed peeled grapes or some such thing.

No. CDs are just regular people with regular jobs that happen to coincide with this strange and confusing and wonderful work of re-creating real life – just like us actors. The sooner you can start to treat them like normal people who are also looking to collaborate and help create something worthy, the better off you’ll be. If you have a cocktail or three with a CD and pick their brain a little, you’ll find out that far from merely sitting behind that table and passing judgment, a great deal of their time is actually taken up with organizing things for the other players in the decision-making process. That means mixing and matching various actors, organizing the potentials into groups where they best fit together in terms of age, height and other physical factors, and lots of other preparations that go into setting up the rest of the team that will ultimately decide who gets the role. What’s more, when you think about how complicated the process of organizing the casting of a big television show or movie might really be, it really gives you some perspective on why it’s so important to make the CD’s job as easy as possible. So ALWAYS bring your headshots when you audition! Lots of CDs still use their old-school “piles,” stacks of headshots for particular roles and in particular combinations using hard copy, so don’t make it harder on them to cast you!

2. Okay, So Who Actually Decides?

Well, here’s where the sausage is actually made, and most actors don’t get to see this aspect of the process. Much like in politics – and actual sausage-making – it’s probably best we don’t ever see it. Suffice to say that you are looking at a group of people, all with varying degrees of creativity and power, who all want to have some say in how a given project plays out. This means that the conflict we actors present on stage or on film is NOTHING compared to the potential conflict that can occur behind closed doors before the first actor has even been signed. To give you an idea, just check out the credits at the end of a film. There is of course the director and the casting director, we all know about them. But there are also the producers, the executive producers, the writers, creative directors, the finance people and agency owners who are involved in the decision-making process as well. And if you’re working on a commercial, you will also need to consider the ad agency creative team who wrote and sold the spot, and also the representatives of the company whose product or service you are going to be selling. They will all also have a say in the final decision as to who gets cast.

If you grew up with siblings, and you ever had to share a toy or a puppy among yourselves, you can perhaps get some small notion of what this process is like.

3. Putting the Puzzle Together

You may have heard some variation on the term “putting together a puzzle” when it comes to the casting process. This is apt, but not only in the way you might think about it. Most actors have some degree of understanding that in casting, for instance if Actor A has been selected for a role, then the casting team has to look for an Actor B who matches up well with him or her. If you cast a father role with a blond-haired, blue-eyed, fair-skinned 5’6” man, then casting a son role who is dark-eyed, dark-haired, olive-skinned and 6’4” probably won’t work. However these kinds of physical considerations are just the tip of the iceberg. There are a million other acting factors that go into it – temperament, experience level, chemistry between actors and with the director, etc. Then there are the considerations that most actors never think about, and which most of us might not even be aware of. Don’t forget that the creative team, when mixing and matching and considering this actor for a role over another one also have a big huge dollar sign hanging over the entire project. This is where things like union status and being affiliated with an agency can be a real factor. There are lots of newer production companies who are skittish about working with union actors, often simply because they’re unfamiliar with union rules and nervous about potential “extra” costs. Same when it comes to certain bigger name agencies – less experienced production teams, especially if they are working on a shoestring budget may shy away from even talking with certain actors when they see who represents them.

Not only that, you have to keep in mind too that with every actor who does chosen, the big picture of the puzzle shifts and alters, meaning that the specific needs called for in filling in the rest of the pieces is going to change too. It’s entirely possible and perhaps even common that the initial breakdown you were sent on a particular role has completely changed top to bottom – or even been eliminated entirely! – over the course of the casting process, given the myriad of voices, desires, and requirements that go into choosing actors.

None of this is meant to cast aspersions on anyone involved in the process. We’re all here to do a job, and ultimately that job is to create something, whether it’s a 30-second spot for floor wax or a film shortlisted for the Oscars. We all want the same thing: to make the best piece possible. It’s merely to say that the actor who never sees the inside of the sausage factory is in some ways better off, but they also have no way of understanding why or why not they might have been cast.

Just know casting is a big, big thing, much bigger than that person behind the table peering at your headshot!

“Like I just want to die…” from the play, “The Desire of Death.” Samuel is telling his friend through video chatting how much he wants to ...
Adult Male Monologues

“It is one of the most endearing and touching stories of our generation.” From the play, “The Man Who Came to Dinner.” by George Kaufman ...
Kids / Teens – Girls Monologues

DATE EXT: OUTSIDE OF DEREK’S HOUSE. Beth, a girl of about thirteen, is standing on the steps, trying to summon the courage to ring the ...
Film Scenes for Men