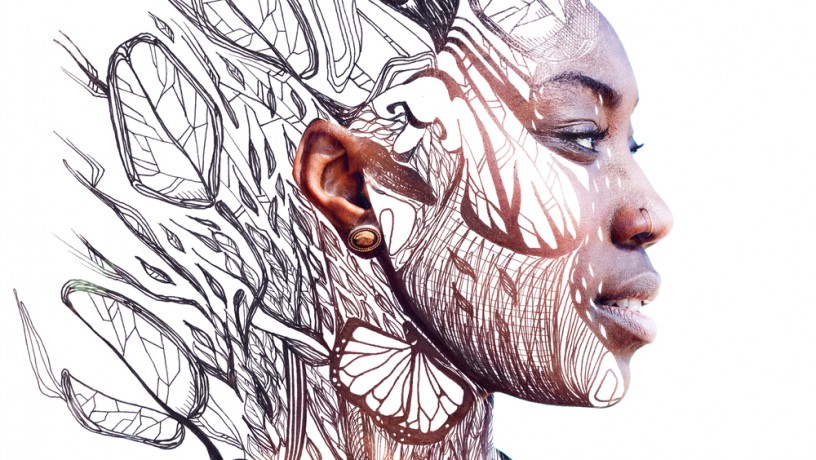 A lot of times when we talk about acting we can easily get caught up in discussing the challenges and stress of the business end of it: auditions, agents, headshots, etc. And granted, it isn’t an easy career path for the majority of us.

But let’s be honest: making money and achieving fame and glory is not a very good reason to get into any of the arts. The truth is, the odds are simply against it.

So what on earth are we doing here? Well, most of the actors I know got into acting for a much better reason than mere money:

They do it for love.

The love of performing, the love of playing characters, and the love of humanity, complete with all of our various messy and delightful ways of interacting with each other and dealing life and the world around us.

Maybe it’s high time we take a moment for some gratitude for what we are privileged to do. Let’s take a step back and get some perspective on this ridiculous beast we call acting: why do we do it?

As someone who has been performing as an actor and musician for over a quarter century, it’s almost unfathomable to me when I hear about someone with a debilitating fear of public speaking. That’s not meant to be smug, or to make me appear superior. Of course public speaking is one of the most common fears among people, and every performer gets some version of the butterflies or nervous anticipation when they take the stage. Without some adrenaline, it’s not art, it’s a dead shell of a faux-performance. No, what I mean here is simply that the confidence generated by having successfully performed in front of audiences so many times goes a long way toward allaying much of the sick fear people get when they are faced with public speaking or otherwise performing. That confidence becomes ingrained in you; it’s something that becomes a part of your personality. And as an acting teacher there is nothing more rewarding than seeing the difference between a shy, withdrawn student’s confidence on day one of the class versus their performances at the final showcase. It can honestly bring tears to your eyes to witness how a kid can blossom and open up and really come into their own in just a few short weeks of performing, even in a classroom setting.

One of the great joys of being in a show is the camaraderie it creates. Every play or show or film you are a part of creates its own little weird, quirky family, complete with all the love, irritation, affection and sometimes even tears of the genuine article. Actors are lucky in that regard–most people never get to experience anything like that, outside of their actual family. Group reports in school, work projects–all of these pale in comparison to the reward you get from doing a show with people and working together to bring to fruition an original and unique piece of art and then presenting it to people. What’s more, the shared goal of creating art creates a bond of friendship that can last a lifetime. If you’ve ever tagged along to an actor friend’s opening night party or wrap party for a show or film you weren’t involved in, you’ve gotten a snapshot of how deep and intense that love can be.

3. The opportunity to play

Here’s a secret they don’t tell non-actors: pretending to be someone else is FUN! There’s a reason they call it “playing” a role! That’s one of the most tremendous gifts acting gives us: we get to dress up and play pretend, even as adults. And we’re the only people who really get to do this! Try wearing a costume, a wig, and adopting a different persona next time you go in to work at your job at the DMV and see how that goes over. No, the truth is, even playing the most desperately messed-up, crazy or evil people (hello, DMV!) can be a joy as you use your imagination to enter this person’s mind for a time. Which brings us to…

Actors are among the luckiest people in the arts in that we get to use our imaginations in ways that are unparalleled. A painter imagines a landscape and brings it to life on a canvas to share with the world; a dancer imagines motion and uses his or her body to express it; the singer imagines feeling the way the lyrics describe and uses his or her voice to express this–but the actor does all three of these things every time he or she performs. Vision, body, and voice are all key components in a successful actor’s toolkit. Without highly developed imaginations, acting would fall flat. Take a moment and look up a video clip of a Shakespearean monologue as performed by a master, like Judi Dench or Ian McKellan or even go back to Laurence Olivier. These actors perform on nearly bare stages, with only the most basic outlines of castles or meadows or cities, yet they evoke these places so amazingly well: you can feel the chill of the Danish air, you can hear the call of the fishmonger, you can smell the burning candles. How do they do this? And with no CGI, and really not even very good sets? Imagination. Training in acting is among the greatest gifts a budding writer, painter, musician or filmmaker could possibly give him or herself, simply because of the bounty of training in how to develop the imagination it gives them.

5. Joy – giving and getting

Among the greatest joys actors get to experience is the joy of giving other people joy. If you have never experienced it, you cannot imagine the rush of having audience members come up to you after a show with tears in their eyes, telling you how moved they were by your performance. We get to make people laugh and cry, we get to make them angry, upset, joyous, thoughtful–we get a chance to effect change through our performances. Changes in people’s individual attitudes, and thus changes in their lives, and thus changes in the world. There can be no greater privilege than to touch people in such a way. And I for one am grateful for every moment I have spent on the stage or in front of the camera.

Tags
actors talk about characterscharactersConfidenceimagination in actingjoy of acting
Categories

“You can’t handle the truth” from the film “A Few Good Men.” Jessup is in court and confronts Kaffee about the reasons and facts that he ...
Film Scenes for Women

“You beasts” From the Animated Film “101 Dalmatians.” Cruella De Vil is not defeated by the dogs. Comedic Monologue For Kid/Teen Female. 1 Min. Written ...
Adult Male Monologues

“Like I just want to die…” from the play, “The Desire of Death.” Samuel is telling his friend through video chatting how much he wants to ...
2 Person Scenes

“Well, thanks for finally seeing me” from the film “21 Grams.” Jack Jordan is in prison for killing a man and two children in a hit-and-run ...