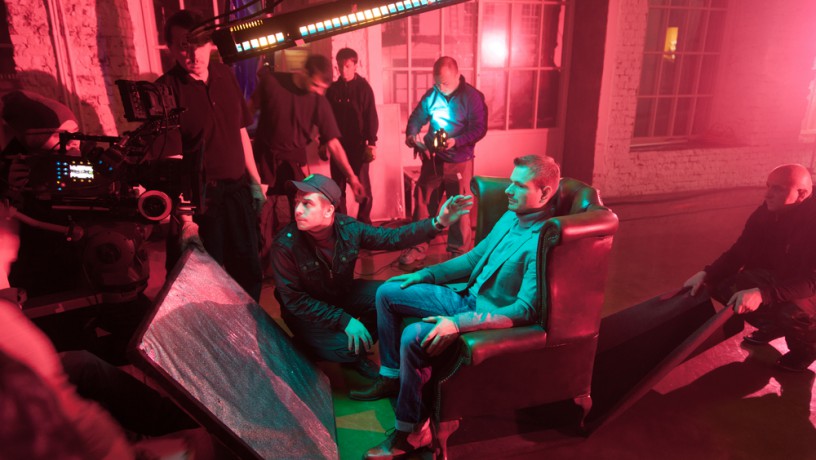 5 Things Every Veteran Actor Wishes They Knew Starting Out

Remember when you were just getting your start in acting? For some of you maybe that isn’t so long ago. But for some of us, that was several lifetimes ago. It’s hard to remember the optimistic, shiny bright-scrubbed faces we had as we emerged from theater school, eager to make our mark on the wide, wide world.

If only I knew then what I know now, right?

Luckily, here is a cheat sheet of things we all wish we had known.

1. Your education has just begun

Yes, congratulations on graduating from a theater program. Hopefully it was worth the money. However, you need to understand that you have only begun to learn. I’ve seen countless recent graduates who walk out of school completely self-assured in how fantastic they are, positive they know all there is to know. This attitude will not serve you well in the real world. If you think that because you were cast in the lead in all your school’s shows your senior year that means you are going to the front of the line in real world auditions, you are in for a rude awakening. This isn’t meant to make you feel bad about yourself, just to offer some perspective. Try to imagine how you look to a director or casting director with 25 years more experience than you. You are a baby. A talented one, no doubt! But be open to listening and learning and you will get further faster.

2. Attitude is more important than you think

As a baby, try to remember your best attributes are enthusiasm and raw talent. Leave the attitude at home and be patient, open, and eager to try anything. You may well be the most talented, best-looking person within a ten-mile radius of the audition. But if you behave like a spoiled shit, nobody will cast you. No one wants to work with a person like that. When you audition you are not only auditioning as a character, you are auditioning as yourself. We are thinking about casting you, which would mean working closely with you for days, weeks or even months. Who wouldn’t rather work with someone who is engaged, easy-going, fun and excited about the work?

In baseball a hitter’s wheelhouse is the part of the strike zone where he is most comfortable hitting it out of the park. As an actor, you need to be aware of the types of roles that suit you and your look best. Yes, in theater school we get to play all kinds of roles and really learn to stretch. But just because you killed it playing a septegenaurian in a production of a Pinter play in college doesn’t mean casting agents are going to look at you for this kind of role. Think home runs, don’t think, “well… I could probably pull that off…”  especially at this stage of your career.

Here’s the thing: all these people want the same things as you: to cast you. If you are right for the part and the gods are in your favor, they will cast you. Getting used to rejection is a huge obstacle for lots of budding actors. Remember that the generally accepted ratio of auditions to roles you are cast in is about 30 to 1. When you’re a newbie, it’s probably even worse than that. Be ready to hear “no” a lot, and don’t take it personally. Casting directors are often the most overworked, harried individuals working in the business. If they are gruff or short with you, it is more likely due to lowered caffeine levels in their bloodstream than some personal vendetta against you. Roll with it, move on and get yourself to the next audition.

5. The work has just begun

You have chosen to pursue a career in a fantastic, challenging, exhilarating wonderful business. But make no mistake, it is real work. There are no off days. You have to be dedicated to improving your craft, promoting yourself, and auditioning as much as possible if you want to have a chance of succeeding. Those great actors we admire when they are accepting awards weren’t born fully-formed on the red carpet–they worked tirelessly to get where they are by slaving every day on their craft. Talent, yes, is something you are born with, but the ability to use it to its fullest potential is something you have to work at. Take classes, attend plays, watch films, read scripts, read the trades, join or start an actor’s group to work monologues and scenes–and get out there and audition!

New Years Resolutions For Actors: Out With The Old, In With The New!

“Looks like some kind of conspiracy to me!” from the film “About Schmidt” Warren Schmidt has arrived at several of life’s crossroads all at the same ...
2 Person Scenes

“I was sort of wondering what you looked like.” from the film “The Apartment.” Bud gets caught lending out his apartment so the execs at his office ...
2 Person Scenes

“You have instincts and part of you knows things but the other part of you doesn’t want it to be so.” From the play, “Pretty ...
2 Person Scenes

“Andy, c’mon IN!” from the film “Man on the Moon.” George excitedly tells Andy he’s going to be on a show called Taxi, and Andy ...