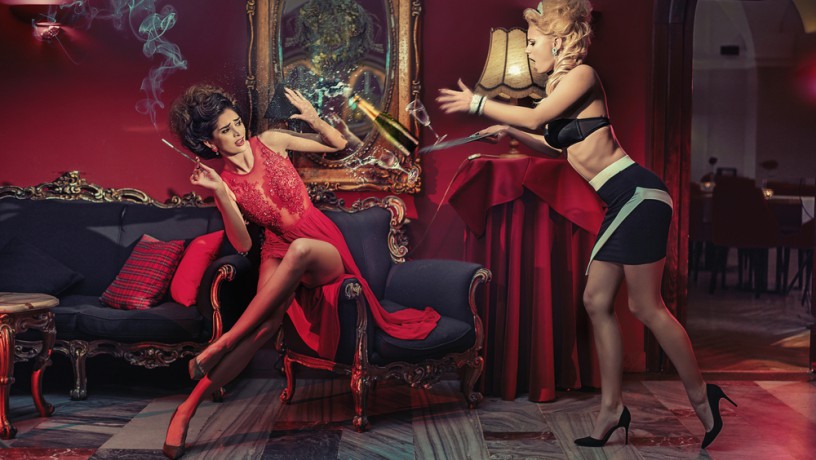 As an actor who worked in restaurants and bars on and off for decades, I am intimately familiar with the cliché of the “struggling actor trying to make it” by waiting tables. But there’s good reason it’s such a common image: as far as “day jobs” go, there’s nothing else out there with the flexibility and relatively low training investment of restaurant work. What other job makes it so easy for you to take time off when an audition or show comes along, or gives you such a great head start when it’s time to move to a new city and quickly get an income going?

But as anyone knows who has ever hoisted a tray or had a membership in the Brotherhood of Bartenders, it’s a tough gig. The thing is though, if you turn around your perspective, waiting tables is actually a great way to ramp up your acting game! Here’s how:

So you wait tables. Guess what you’re doing every single shift? Practicing your improv skills! If there’s one thing I learned in my time working in front-of-house positions in the restaurant biz, it’s that every single table is different. In order to maximize your tips–and make the experience as pleasant as possible for both you and the guest, you have to think on your feet, and you have to read them quickly. The couple that just wants to be left alone to make goo-goo eyes at each other aren’t going to react the same way as the couple that is out partying and looking to meet locals with advice on places to go drinking. The rowdy frat boys out pre-gaming before a big night at the club must be handled differently from the group of middle-aged women celebrating a birthday. And if acting is listening, waiting tables surely is too. You must be able to interpret your table’s needs and translate them into something your restaurant can deliver. You must also use your ability as an actor to set an objective–for instance, selling a special, upselling a dessert, getting the table to pay so you can close up–and switching between various tactics to achieve that objective. All without a script–which is what we call improv.

2. Learning how to project and use your presence

One thing a server quickly learns working on a busy Friday night is that tables aren’t always going to listen to you just because you appear tableside wearing an apron and impatiently clutching your notepad. I worked with a guy once whose approach to this was to simply stand silently next to the table and wait for them to notice him and quiet down enough that he could be heard. Personally, I don’t have the patience for this tactic. Plus getting them to listen is great practice for using your theater voice–make yourself heard in the back row! There’s also a tremendous opportunity here to use projection with some nuance, rather than flat-out yelling, much as one must do on stage. Another, less tangible skill that is vital for the actor is presence. While that is a difficult term to define, we can all probably agree that the craven, cringing server is not going to be as successful as the self-possessed one who approaches the table with confidence. Same goes for actors entering an audition room, taking the stage or stepping on-set.

There is no better, no more fluid and fluctuating group of people with whom you can interact than a restaurant or bar’s customers and staff. Every table is a new opportunity to build your network and bring new patrons to your shows, or make connections that can help your career in other ways. You never know who you might be waiting on that might have a business or a skill that could come in handy some day–photographers and filmmakers have to eat too, after all. And that’s just the customers–there’s also the staff as well. Most restaurants have a core of long-term employees, but if you stick around any place long enough you will see some churn in the employee phone list. While not every one of these people is guaranteed to be young and outgoing and eager to try new things, the majority of them probably will be. This is a also a great treasure trove of potential patrons for your performances–maybe even collaborators in your own films and shows!

4. Bringing it every day

I got a brutal case of food poisoning once when I was a lead in a play–with no understudy. I was awake most of the night puking, and it continued all the next day. So I called my boss at the theater to feel him out and let him know what was up. He suggested we cancel the show, but knowing that it was a Friday night and that would mean a serious loss of revenue for a struggling theater company (aren’t they all struggling?) I threw up one last time, grabbed my toothbrush, and drove myself the 30 minutes to the theater hoping I wouldn’t have to pull over on the Interstate to puke along the way. Well, I made it, threw up in the parking lot just as I got out of my car, and went on inside and did the show–with buckets positioned in the wings just in case. Point being, the old adage “the show must go on” really is true. Same with restaurants: while there are jobs that you can sleepwalk through on a bad day, waiting tables and bartending are not among them. Even on a slow day you still have to strap on your smile and bring your best sunny attitude to work with you–that is if you want to make any money! And while you can often get a restaurant shift covered when you are truly sick unto death, that’s not the way it works when it comes to working in theater or film. Restaurant work is tremendous training for learning how to suck it up and deal when you aren’t feeling your best–not only physically but mentally and emotionally too. There will be days you are called to perform when you are feeling crappy. But that doesn’t matter to your audience. The people there that night have paid the same money to see the same show that you put on when you are feeling 100 percent. And feeling blue or having a cold certainly won’t matter to a film or commercial director who cast you over hundreds of other actors either. Putting on your big boy pants and dragging your carcass to a restaurant job and smiling through your shift is great practice for what you might be called on to do as an actor.

When you’re waiting tables, not all your customers or co-workers are going to be friendly–or even polite. Finding a way to make the best of it and keep that genuine smile on your face is great training for maintaining your positivity as an actor! You get more flies with honey than vinegar, as they say, and the benefits of a positive attitude are undeniable when it comes to waiting tables, as well as auditioning and performing. Serving helps to give you the discipline to always present your sunniest, most positive side, no matter what! 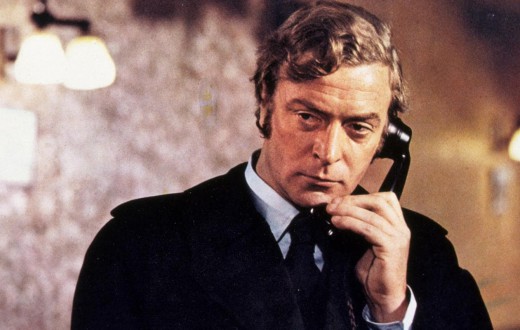 Learning How to Act for the Camera: Six Essential Books

“We could certainly party with the Haitians” from the film “Clueless” – Cher explains her take on immigration. Comedic Monologue For Teen Female Actor. 1 Min. CHER: “So, ...
Kids / Teens – Girls Monologues

ANNIE JR. – Annie talks about her parents. Dramatic Monologue For Kid Female. >1 Min.  ANNIE: My Mom and Dad left this locket when they ...
Audition Monologues