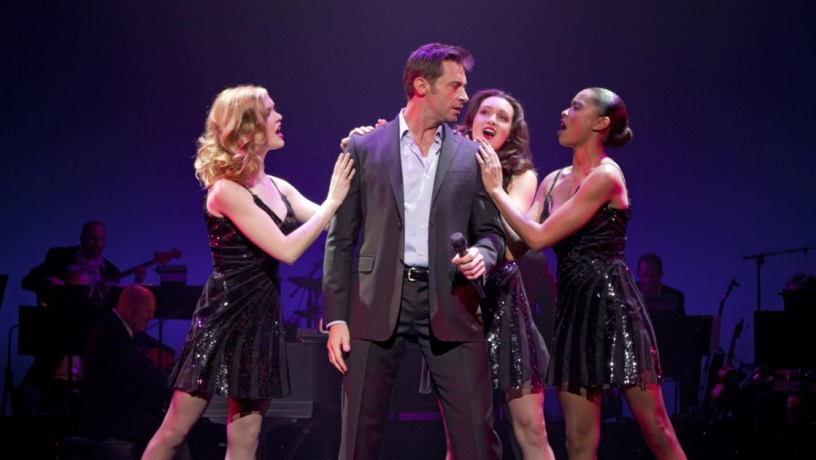 Versatility: What it Can Do For You as an Actor

A few years ago the brilliant “Key and Peele” sketch comedy show featured a hilarious parody of “Les Mis” that had even fans of the musical rolling in the aisles. To give you some idea, it currently has some 8 million views on YouTube.

But one of the forgotten yet very funny pieces of the episode was the intro to the parody sketch. In it, a girl is trying to convince her boyfriend to go see the film version of the musical with her:

“Your boy Wolverine is in there,” she says to him.

A funny bit, sure, but one that raises a great point for actors: let’s talk about versatility, and the doors it can open for you.

Now, a supremely talented actor/singer/dancer/action star like Hugh Jackman is obviously a rarity–just ask Russell Crowe, right? So of course we can’t all sport adamantium claws one week and then host the Tony Awards the next. Even so, we can take a lesson from Jackman on the importance of being versatile.

Far too many actors find their niche, and over time it turns into their comfort zone, and finally it becomes a trap they find they cannot escape. Sure, it’s nice to have an area in which you know you can hit it out of the park every time. But the danger of never trying new things is that in the process, countless opportunities pass you by. So here are a few things to think about in terms of your versatility as an actor, along with some ways to bust out of that comfort zone!

There are a few ways we can talk about versatility as an actor, but the first and most obvious one probably has to do with the medium you work in. Far too many actors find the one thing they’re good at and then avoid everything else like the plague. How many times have you heard a variation on this: “Oh, no, I don’t do musicals. I can’t sing (or dance).” Or, “I don’t really audition for straight plays. Drama’s hard.” What a strange and fearful admission from someone like an actor! Think about it: actors are some of the most courageous people out there when it comes to taking risks that might result in public embarrassment. Without thinking twice an actor at a party might launch into a comic routine about his or her first kiss, or perform at an improv show a scene in which they’re crawling around like a worm with their hands behind their back while reciting the alphabet. (True story; don’t ask.) So why on earth would people who are naturally this way, people for whom public performance is their life and what they live for–despite the inherent risk of failure–why would they shy away from what is basically just another type of performance? Same goes for people who are reluctant to switch from stage to film, or vice versa. We have to remember that we were all newbies at one time or another, in everything that we now do so expertly. It’s vital to keeping our instrument honed and sharp that we continue to place ourselves in positions where we are uncertain and where we have to push ourselves and our limitations. Plus, by declining to even try working in various media, you instantly reduce your opportunities to book jobs, and nobody wants that.

The same concept applies to various types of roles. We all fit a certain general type; for instance you probably wouldn’t immediately think to cast Jim Parsons of “Big Bang Theory” as a tough guy enforcer for a crime syndicate. On the other hand, wouldn’t it be interesting to see him play a role that was the polar opposite of the nebbishy, nerdy Sheldon? He’s obviously not a physically big guy, so what tactics might he use to intimidate or threaten? How might he make his power known and get what he wants from the other characters? We have to be wary of boxing ourselves in to roles that are easy for us to play. I was auditioning for a production of “True West” years ago in which I was reading opposite an actor who is much smaller, skinnier and softer-spoken than I naturally am. Thus I was reading the role of Lee, the sketchy, violent, trashy older brother, and he was reading for Austin, the buttoned-down suburban writer. But in a moment of madness or genius, the director had us switch. At first it was strange, forcing the outward, Id-driven Lee down into the restrained Austin. But we went on to create the show with that configuration, and I like to think that both myself and the other actor found new and challenging levels to our acting by doing so, and that it raised the bar for both us and the show. Bodybuilders know that you can’t grow muscle without tearing the muscle you already have. Same goes for pushing our skills outward and upward: you must take risks in order to grow.

Finally, we can help open ourselves up to new opportunities by being versatile from moment to moment. Far too many actors come to auditions or report to set or rehearsals with only one way of reading the scene they’re tasked with performing. Of course, as we get off-book for whatever we’re doing, we’re going to incorporate some choices within our performance of the text. But in order to be a versatile actor, and to keep your options open as much as possible, it’s also vital that you not have those choices too solidly locked down. It’s a fine line and it’s a tricky one, but it’s vital to find the flexibility to be able to let go of what you’ve already tried and going in a different direction–not only if a casting director asks you to try something new, but also based on what you’re given from a reader or from another actor. Rigidity is the enemy of growth, and when it comes to auditions, it’s often the enemy of getting cast. Think of being versatile as though you were offering a menu of options: yes, you’re going to be off-book and you have thought through the character’s actions and what he or she wants in the scene and how you might try to get it. However, you are going to bring with you a set of options for the casting director–and you are going to be open to letting them order a la carte as well!

At the end of the day, being versatile is about being open, relaxed, brave and ready to experiment with whatever comes your way as an actor. Be like Wolverine: bring your trusty adamantium claws, but also develop your dancing and singing ability, and you are certain to book more jobs!

“You have instincts and part of you knows things but the other part of you doesn’t want it to be so.” From the play, “Pretty ...
Film Scenes for Men

“It is one of the most endearing and touching stories of our generation.” From the play, “The Man Who Came to Dinner.” by George Kaufman ...