But Why Would I… How to Find Motive for Any Character

There are lots of old jokes about stupid actors.

Much like blond jokes, these jokes are usually kind of stupid themselves.

But one of the oldest and most repeated in various forms features an overwrought performer fretting over a simple scene in which he or she is selling detergent or something, and begging the director in an angsty, petulant voice: “But what’s my motivation??”

Unlike the snappy Hitchcock quote above, there is often a more complicated answer than merely “We’re paying you, so shut up and act.”

Especially when diving into a character that isn’t established–say, a character in a new film or television show, or one in a recently penned play–it can seem like you’re facing a vast, empty wilderness when you’re developing your character and their motivations. Where to begin?

That’s why it helps to have a clear road map or a checklist to consult as you go through the process. Here are a few markers you can use to help you along the way!

1. Start With The Concrete

For any character–for any human being, actually–who we are at any given moment changes depending on circumstances past and present. That’s why we must first ask simple things like who, where, and when am I right now, as well as where did I come from. These are of course simple character-building questions that we’re all familiar with, but out of character comes motivation. And Hitchcock is of course correct: your answers can all be gleaned from the text. Some answers are more easily found than others, but they’re all in there. And the truth is, the ones that are less obvious are actually the ones that are more fun to answer! As long as you keep to honest answers that fit the era, the truth of the character, and the overall arc of the text, this is not a chore–it’s your opportunity to play and use your imagination! Where did your character grow up and under what circumstances: rich or poor? Well-loved or lonely? Educated or not? What did his or her childhood bedroom look like? What were the holidays like? How was their first kiss? What did they fight about with their parents and siblings? How did they get in trouble? This massive tapestry is the groundwork that dictates or at least colors the motivations we have for all our future actions, as ourselves and as a character. Get a notebook and start writing as you study and learn your text, and create a “character bible” for yourself. (Remember, much like the actual Bible, the truths you find in there are open to interpretation and subject to change.) The next layer to apply is the physical reality your character is facing at the moment, and how that reality relates to the background work you’ve already done. Are you with a date in a café on the Left Bank on a lovely spring afternoon? Or alone in a food bank line in New York on a cold winter evening? And what psychological buttons do those circumstances push in your character, given his or her particular past? This is the fount from which all motivation springs.

Next up, we have to look at the beats and shifts in each scene and in the overall piece, and ask what came just before. Every action is triggered by a previous one, so there can be no logic to moving forward into the next beat and understanding your motivation there without first understanding the previous one. Each line a character speaks prompts a response from another character, whether it is spoken or silent. And the better you understand what you’re hearing from the other characters, and how those words and actions sit with you as your character–made up as he or she is of all the background information you’ve amassed–the clearer your motivation for your next words and actions will be. Bonus: when you’re focused on listening and paying attention to the motivational triggers within your character that the other characters’ lines set off, the less you will find yourself worrying about remembering your lines. They will become just words–important words, no doubt–but ultimately they will be vessels for you to fill with the vast, rich, deep reality of your character’s life in his or her responses. The lines will become natural, in other words, not something to struggle against.

3. Let Me Hear Your Body Talk

Humans come from the animal kingdom, and our language developed out of the non-verbal communication like you see in our closest relatives, the great apes. That didn’t suddenly disappear once we developed words, either. In fact, some scientists suggest that as much as 90 percent of human communication takes place on a non-verbal level. (Think about that figure, and then think about every awkward telephone call you’ve ever had…) So, as we strive to develop genuine characters driven by genuine motivations, we have to take into account non-verbal communication as well as verbal. A touch, a look, the coolness of the night air, the heat of the sun, the choking dust of the prairie, the smell of Christmas cookies–all of these factors are also triggers that motivate us to take actions. How many times have you been touched by someone who repulsed you? How many times have you longed for a touch from a particular someone? Even just the proximity of another’s body can be a motivation–is it someone you long to be with, or a rival trying to intimidate you? Remember too that every entrance is also an exit from some other place–make sure you physicalize wherever you’ve just come from. Using all of this non-verbal information as motivation is vital if you want to portray a genuine person on stage or on camera.

Lastly, we finally get to the driving force behind all human action and thus behind all acting: desire. What do you want, and what will happen if you don’t get it now? Creating immediacy in this way helps raise the stakes for you and your character and will guide your motivation naturally. Also look at why your character want what he or she wants in the first place: where does this desire spring from in terms of the character bible you’ve written?

It’s a lot to take in, but if you can start with a notebook and clearly answer some of these questions, you will find motivation comes as naturally to your character as it does to you! 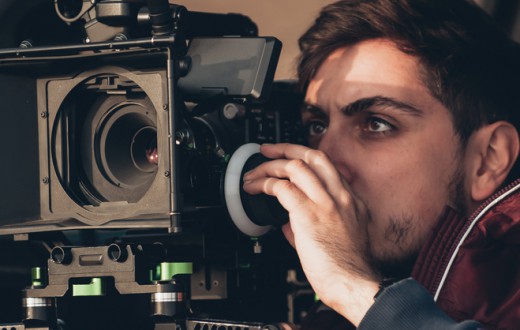 “So, you’re saying I shouldn’t really have sex. I should just say I had sex with someone. A girl.” from the film “Easy A”. Brandon convinces ...
Kids / Teens - Boys Monologues

“What gives you the right to play God?” from the two-person scene “Smile For The Camera”. Cindy has been captured by Ren and is pinned ...
Film Scenes for Women

“You were nothing before you met me” From the Film “Heathers.” Heather tells her frenemy Veronica that she needs to watch herself. Comedic monologue for teen ...
Adult Male Monologues

“Shot him in the neck, didn’t you?” from the film “Three Kings.” Archie tries to tell the members of his team what it’s like to get ...