It’s the perennial question asked by up-and-coming performers of all stripes, as well as people working in the myriad of other jobs associated with the entertainment business.

Do you prefer sunshine and glamour, and don’t mind driving? Or do you favor the fantastically mad 24-hour bustle of New York?

For a smart, artistically-inclined woman from the East Coast who is just out of school, New York might seem like a perfect place to begin a career.

And for theatrical agent Hayley Littman, it was–at least for a time. But despite being a self-professed “Jersey girl,” her road to making a mark in the entertainment industry was not destined to be a straightforward one.

After landing a job in production on a television show in Manhattan–and not incidentally falling in love with the work–Littman’s career took a bit of a detour.

“I got married and had kids and we moved to Jersey,” Littman says, laughing. “And I thought, there’s no way I can juggle this anymore. So I hung my hat up for a while on entertainment. For about 20 years I was a mom, I took care of the kids, and we moved from New Jersey to D.C.”

But when you’ve been bitten by the entertainment bug, these things have a way of working themselves out.

“Then my husband’s company asked if we would relocate to L.A.,” she added. “This was about eight years ago.”

Fast forward to today, and Littman may still be a mom–the youngest of her brood is nearly finished with high school–but she is also head of a powerful agency that has made an impact on the business not only in L.A.; she also recently opened an office in Atlanta.

What’s more, Littman is eyeing the New York market for a third branch.

“Our forte is TV and film for adults,” she said. “We have a kids department and we have a small commercial division, and then we just opened our Atlanta office which is really exciting. But TV and films for adults and kids is the focus. And eventually theater. I do want to open in New York, and then I know that my theater background [will be relevant.] But I do love New York, and I want to go back.”

But no matter where she hangs her hat, Littman brings a personalized style to her representation. She is also very hands-on when it comes to nurturing and developing her actors.

“It’s care and consideration is what I always say. I ask that my actors give that to me, and don’t bombard me with, ‘I would be perfect for this role,’ or pitch me, because they trust me.”

And that trust is a vital two-way street for someone like Littman. She works hard to help her actors understand how they fit in to the big picture.

“I think a big thing is knowing how casting sees you,” she said. “Sometimes you don’t know until you try all kinds of different roles. But it’s important to know what your wheelhouse is, and to play that wheelhouse over and over again so that your name ends up on their tongue and you’re the person they think of.

“Eventually,” she added, “you can spread out and try different roles. But you have to make a mark in casting’s memory. Stand out in the roles you play.”

And if there’s one thing Littman knows about it’s standing out from the crowd. It only took a mere three years in L.A. before she opened her own shop–three tough years, no doubt, where she worked in a variety of roles, starting as an intern and absorbing knowledge of the business from a wide array of old pros.

But that’s not to say that her journey on the Left Coast was any more of a direct rocket ride to the top than her time in Manhattan.

“So [at first] I thought casting would be my niche,” she says. “And I didn’t really do any research, I just picked names that I thought sounded pretty, like Sheila Jaffe, and Laray Mayfield. I was like, ‘Aw, those are pretty names!’ And I just sent out my little resume that had nothing on it other than the production I worked on in Manhattan.

“And I did not hear anything back from them, surprisingly.”

But even facing setbacks in her patented “pretty name” approach to securing work in the business, Littman was far from ready to throw in the towel.

And while one can only imagine the sharks in the tank of L.A. smelling blood in the water when faced with a New Jersey mom with one credit to her name coming off a 20-year hiatus, Littman’s approach was refreshingly clear-eyed.

“My mantra was that as soon as someone was promising me something that I didn’t believe or something didn’t feel right, then I would go to another agency,” she says. “Time was ticking, and all I had was my reputation. So I went from one management company because they promised me basically the company after like three days–I’m like, ‘Sure, honey.’ From there I went to a commercial agency where this woman was…once she was in her prime, and now she was kind of a drug addict. I have so many stories.”

One story she has total confidence in telling is what an actor must do to take his or her craft to the next level, and be seen by the right casting team. As with most types of highly specialized labor, acting to Littman comes down to having the right materials to work with–especially when it comes to one particular aspect of the actor’s toolkit.

But beyond the actor’s nuts and bolts calling cards needed to get a foot in the door, Littman’s own groundedness and security with who she is reflects what she considers to be the secret ingredient that makes for a successful actor.

“I want them to know who they are,” she says. “Both personally and professionally. I think in order to be a successful actor you have to be comfortable with yourself so that you can leave yourself and go to a character and put everything you have into that character. If you’re unsure of who you are, or you have some insecurities, then it’s that much harder to let go and to become engrossed in this new character.”

But Littman also points out that the learning curve for actors looking to work in television in L.A. can be a bit daunting, not only in terms of the high level of competition and the need to constantly improve your craft, but also in managing expectations.

“You have to not only train, you have to understand that the way television works is it’s much more political because they’re on such a short time frame,” she says. “They have an episode to film and they don’t have time to take a chance on somebody. They have to know you. It’s very networky. They not only have to know me as Littman, they have to know you as an actor.”

But despite her success in L.A. and the recent inauguration of the company’s Atlanta office, there’s something about New York that still calls to the heart of the Jersey girl in Littman.

“I’m kind of just looking forward to getting New York open,” she added. “Or even getting some New York actors who could be based there but could be L.A. local hires. Same for my Atlanta people.”

But of course, in Littman’s business, in the end it all comes down to the performers. Aside from building confidence and being comfortable in your own skin, she has another piece of advice for actors, although it turns out it’s a bit harder to achieve than it once was.

“I think getting yourself in front of a casting director is key,” she says “And it’s a shame that workshops are kind of on the low right now. But it’s your job once you do get in front of that casting director to be off-book and professional, obviously. And it’s a fine line: you don’t want to be too kiss-ass. Just give them what you think they want and leave it in the room and move on.

“The more you let go and just let yourself be, that’s what casting wants to see,” she added. 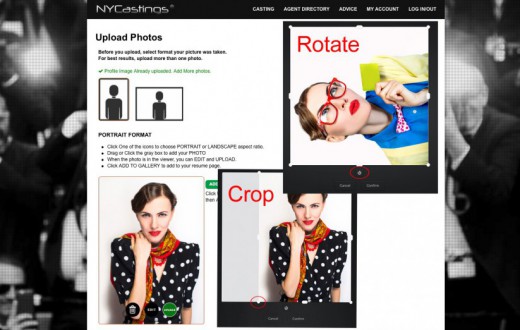 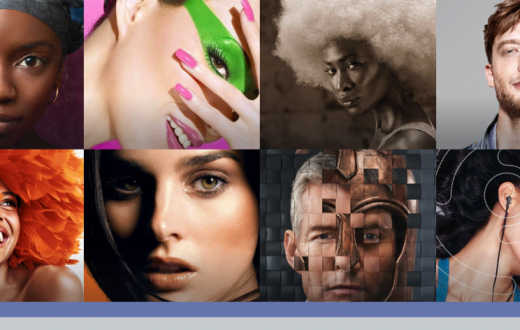 TJ Maxx commercial. Ideal for Teen to adult females. Under 1 Min.  I had to go to TJ Maxx. My boyfriend and I just broke ...
Adult Female Monologues

“She saw that you didn’t love her” from the play, “The Straw” As the nurse on the floor, Miss Gilpin deals with the end moments of ...
2 Person Scenes