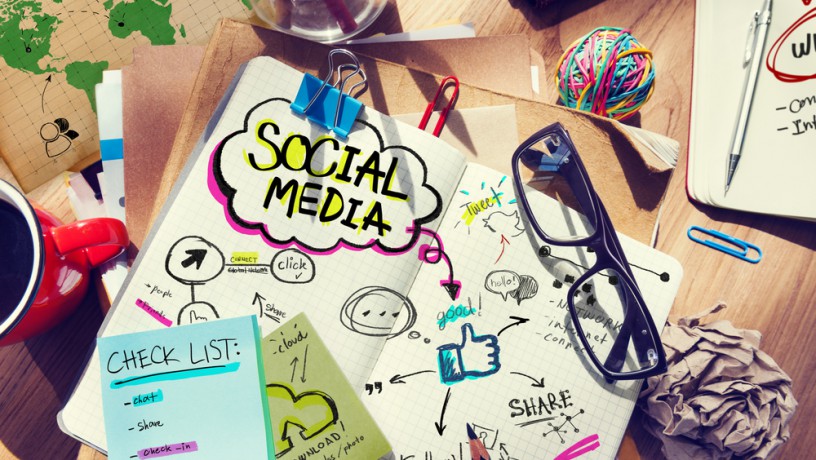 Social media in just a few short years has become so ubiquitous that it’s simply an accepted reality of our day-to-day lives. For some of us, it’s more like our minute-to-minute lives.

Think about this for a second: Facebook has only been open to the public since 2006. Twitter also has only existed since then.

Yet in those 11 short years, these platforms and others like Instagram and Snapchat have come to dominate not only the online world, but also to have massive cultural impact in the real world as well. Whether we like it or not, we live in a world in which the President of the United States can create chaos by threatening nuclear war in 140 characters or less.

But we also live in a world where an actress like Rose McGowan among others can change the history of Hollywood and alter the course of the entire film industry and improve the lives of thousands if not millions of women.

Now, all this may seem a little heavy for an acting advice column, but it’s merely to illustrate a point: social media has gone way beyond cutesy little kitty cat pictures and forwarded conspiracy theories from your weird uncle.

With all that in mind, here are a few myths we can dispose of when it comes to handling your online media presence.

As entrepreneurs out there hustling, pitching their wares every day, actors are of course busy people. Typically, and in stark contradiction to what your weird uncle thinks, maintaining the life of an artist is not for lazy people. It’s significantly harder and requires far more hours of work to not only feed yourself and pay the rent, but also (and hopefully conjointly) make money and practice your art. You’ve got to constantly audition, take classes, attend plays and films, read plays and screenplays, and study acting books. If you’re lucky, you’re also learning lines in the midst of all that because you’ve got some gigs lined up. Oh for the easy life of simply schlubbing your way into a dreary 9-to-5 “serious” job, Uncle Weirdo! But no matter how little time you seem to have, actors who think they’re too busy to create and maintain a serious social media presence are selling themselves short in the long run. Again, back to the ubiquity of social media: you know how you get an itch to check your email and social media feeds every thirty seconds or so? (See, you’re thinking about what you’re missing right now.) Well guess what, everybody else gets that nagging little itch too, and that includes directors, casting directors, agents, and producers. Establishing yourself with a solid media presence just isn’t an optional thing anymore; it’s vital. And even if you are somehow in the unlikely position of starting from scratch with social media, once you build your profiles across various platforms and get them up and running, they’re not hard to maintain. You don’t need to post every hour or even every day, but do get yourself up there, with your best photos and your best video and give yourself a fighting chance to be seen. What’s more, take advantage of sites like NYCastings that are specifically designed to put actors in front of the eyeballs of CDs and agents–get that headshot and resume posted!

The corollary to the above is that some people think that once they have a profile up, their work on social media is over. Yes, it is rather simple to maintain your presence once your profiles are posted. But on the other hand there’s more to it than just putting up a pretty picture or two and then kicking back and waiting for the offers to roll in. Facebook isn’t the modern day equivalent of the young ingénue being discovered sitting at the drug store counter in Nowhereville when a producer happens to stop by for a soda. You’ve got to make sure you keep posting relevant material that you create and amplifying good material that others in your circle have created. Also remember that the goal here isn’t to simply grab yourself a bullhorn so you can shout at the world. The idea is to create and expand a social network of like-minded artists such as yourself. So keep in mind the word “social:” it’s not a one-way street. Contrary to what many people seem to think, the internet doesn’t exist solely so you can grab the spotlight. It’s a crazy-quilt assemblage of friends, friends of friends, businesses, non-profits, theater companies, production companies–everybody even tangentially associated with your friends in the biz. Get yourself hooked in with like-minded people who are doing interesting things. Like and retweet their show notices and hey, better yet, attend their shows! Meet their cast mates and their directors. The one essential takeaway from social media life these days is to remember first and foremost to be an amplifier of other people’s art. It’s perhaps a little counterintuitive, especially in this insanely narcissistic age, but the artists who get the most recognition and followers online are the ones who are the most generous.

Myth Number 3: Followers are the goal

Here’s another counterintuitive point that many people seem to miss: you’re not here to harvest followers. The endgame isn’t to amass a certain number of followers or likes or whatever the digital dopamine fix of approval happens to be for a given platform. What you are here to do is to build a network which can potentially put you in contact with other artists from whom you can learn, and to help you further your career goals. Yes, acquiring followers is nice; as performers, let’s be honest, we all love attention, and the more we get the better. However if you are locked in solely to the notion of getting more people to follow you, you have lost sight of the whole point of having built your profiles in the first place: to showcase your talent and connect with others. And anyway, doesn’t the world already have enough internet-famous semi- “celebrities”? Yes, you are trying to market yourself beyond your geographic area, but take a moment to remember what Kim Kardashian actually had to do in order to launch her alleged “career.” Sure, she’s rich and married to Kanye and has several million followers, but I mean…damn. I don’t think you can 100 percent count on that result, do you? If you find yourself recording a home self-tattoo session, or eating cinnamon or banging yourself in the head with a hammer or whatever in order to grab more followers or likes, you may well have lost sight of what it means to be an actor. Create good work that you can be proud of, link up with other artists and people in the business, and make yourself a central part of the community of artists in your area. Do that and the likes and followers will come, as will the recognition from afar. And remember, the more eyes that see you the better! Post your resume today!

“You ask it, of course.” from the play, “His Luck” Jean, in mourning, and Vera, her friend, are talking over tea. Jean’s husband is a musician ...
Audition Monologues

RODGERS AND HAMMERSTEIN’S CINDERELLA – Cinderella dreams about the ball. Dramatic Monologue for Kid/Teen Female. 1 Min. CINDERELLA – Every girl is dreaming and wishing she ...
Adult Male Monologues

“Now that right there is the mail.” from the TV show “Its Always Sunny in Philadelphia.” Charlie works in the mail room of the building. Later ...
Adult Male Monologues