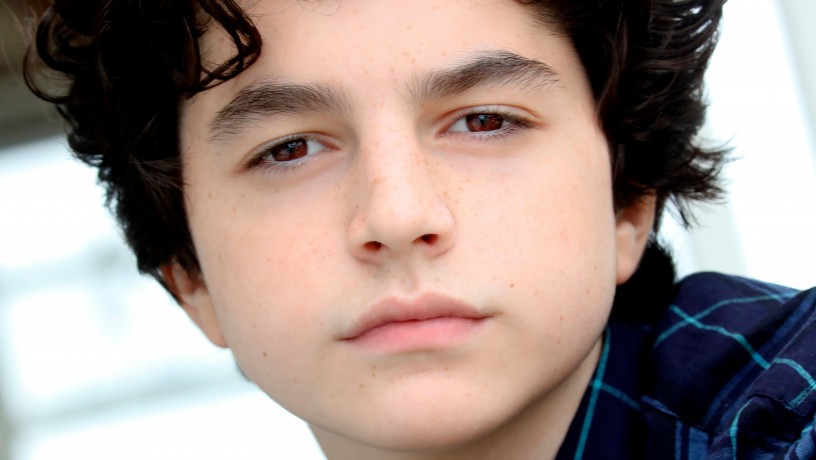 Cobra Kai actor Griffin Santopietro realizes that patience is important in show business, as well as in life.

When an actor books a series or film that gets the attention of the public, it seems that the actor shot to fame in one second. Most of the time, that’s not the case. It’s just that we’re hearing about them “now”. Did you know that Harrison Ford, aka Han Solo of Star Wars fame, was a carpenter doing wood-working at a studio that George Lucas just happened to be using as an audition space – and remembered previously working with Harrison who had a tiny role on American Graffiti? 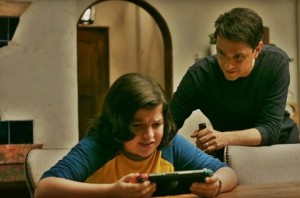 You play Anthony LaRusso, the son of Daniel and Amanda LaRusso on Netflix’s Cobra Kai. Tell us about your audition.

The audition came by way of my managers / agents. It was a self-tape audition. I knew it was for Cobra Kai but, at that time, I really didn’t know too much about it. It was several years ago so we didn’t know yet that the show would be such a hit. I did the self-tape as usual and didn’t hear anything for a few weeks. But then one day my mother picked me up from school and said I got the part.

Having been 12 years old at the time, had you even heard of and / or seen the Karate Kid movies? Did you realize at the time what a huge success the series was going to be?

I actually had seen the first two films prior to getting the audition, but of course didn’t understand what a big deal they were back in the day. I remember my grandpa always showing me these “older” movies and I remember the Karate Kid being my favorite. While filming Season 1, I remember everyone on set was 100% confident we would get picked up for another season, but I don’t think any of us could have predicted it being moved to Netflix and becoming as successful as it has. 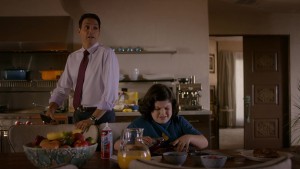 As a child actor in Season 1 of Cobra Kai, there’s a scene with you putting Reddi-Wip whipped cream on your pancakes. How aware were you at the time about product placement? Did anyone give you direction to make sure that the Reddi-Wip can was held in a certain position so the camera / audience would see the product?

I never even thought about that; no one on set said anything to me that I remember. I literally never thought about it. I think they just told me to improvise.

As you’ve matured from the 12 year old to the 15 year old actor on Cobra Kai, you’ve had a significant weight loss. What prompted you to lose weight? How did you do it? Did you talk to production or your agent and manager first, since the weight loss could possibly have a change in how your character is perceived?

Again, it was something that I didn’t even think about. I don’t think I was aware. I just hit a growth spurt and started working out a bit. I think it did affect the auditions I was getting for a while because I was changing, but I think things are settling down now. I know my agents did send some updated pictures to Cobra Kai production to keep them up to date. The producers and writers are really cool on Cobra Kai, so I am excited to see what they do in the future.

I have been based in the Northeast for a few years now and it creates great opportunities for actors. I was able to work on Unbreakable Kimmy Schmidt, BULL and New Amsterdam (upcoming season) all as a NY hire, which means I just report to set. And I do get tutored and food when on set. When I do work outside of the Northeast, I usually get travel, hotel and food too. I think there are guidelines for SAG-AFTRA actors. 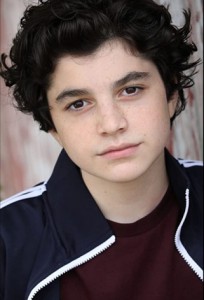 Do you have an acting coach?

I have had some great acting coaches over the years. But I haven’t really worked with one for a year or two. Coaches I’ve worked with before include Matt Newton in NYC and in LA I’ve worked with cool people like Joshua LeBar and Alisa Reyes. I also did the Stella Adler Teen Conservatory online this past summer and I plan to continue my studies there in the future. I don’t think my study of acting will ever end. I think it’s important to gather insights from coaches and then work to find your own voice and truth in your auditions.

How do you do your schooling? Have you ever been schooled on set? What are your favorite subjects?

I have mostly been in schools that are very supportive of my acting — schools that make it easy to keep up with work while I am away from school. Most of the time when working multiple days on set you have to do a certain number of hours of schooling. There are State and SAG rules. The tutoring can vary from production to production. I guess one convenient thing that came from Covid-19 is that my school now has a great remote program so I can Zoom into classes from set if I have some down time, and all classes are recorded so I can work and still be part of the school. I actually like all my classes. I would say that Physics and Geometry are currently my favorite subjects.

What do your friends think about your acting career? Has anyone treated you differently?

I don’t talk about my career at school. I think some people know and, now with the success of Cobra Kai, a few more people are asking me about it. But I try to keep school and work pretty separate since they are both important to me. 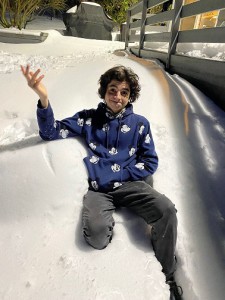 Have you ever had braces?

I’ve never needed braces, but here’s a story for you. The night before my first TV filming ever — this is going way back to when I was 9 or 10 — my older brother and I were both cast in a crime reenactment show. When we were in the hotel the night before, my older brother and I got in a magic marker fight, which turned into a slapping fight — just normal brother stuff, but my older brother forgot he had big ring one of his fingers and when he slapped me the ring hit my front tooth and chipped it. So I had to do my first TV gig with a broken front tooth. We thought that I was going to get fired when I got to set, but they must have edited it since the only times you see me in the show is with my mouth closed.

It sounds cliché, but it’s true. It is a marathon, not a sprint. I have actually been auditioning and studying for years. I have gotten some good roles and have come very close to some great roles. My job is to keep auditioning and learning. I think it is important to have commitment and really love everything about this business and craft. It is not easy, so give yourself credit for every step — and always be nice to people. 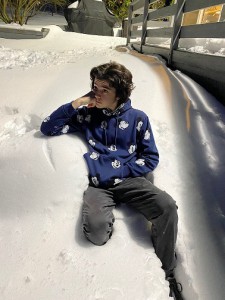 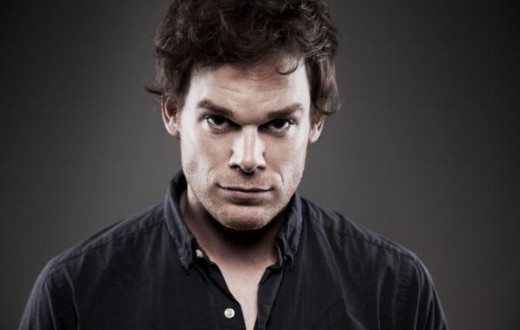 Game Changing Acting Tips from Michael C. Hall and the Cast of Cold In July 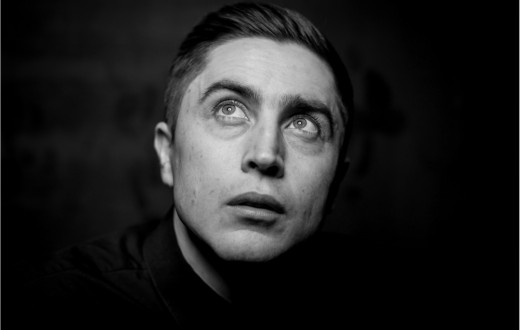 “Why, you taught me goodness, therefore you are good.” from “The Crucible.”Abigail is trying to coax the man she had an affair with to stop rejecting ...
Audition Monologues

“Andy, c’mon IN!” from the film “Man on the Moon.” George excitedly tells Andy he’s going to be on a show called Taxi, and Andy ...
Commercial Copy

Children’s Advil – For Adult Females – Commercial Copy – Under 1 Min.  She has a high fever. You know what it’s like to wait ...
Adult Male Monologues

LONELINESS – A stranded man talks to inanimate objects in this comedic monologue for male actors. 2-3 Min. EXT: A DESERTED ISLAND Logan is stranded and ...