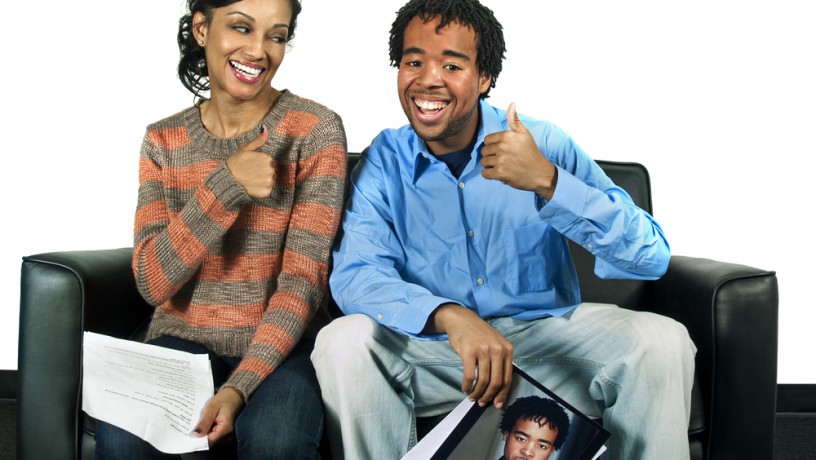 So, congratulations are in order! You got past the first audition and you’ve been selected to return for the callback. This is of course great news, as you are past the first hurdle in the long and winding road of booking a gig.

But to (loosely) paraphrase Harvey Keitel’s character in Pulp Fiction, let’s not start patting each other on the back just yet. This really is just the first step in what could still be a long journey. You are likely to be one of many actors who are called back, and it is possible that this callback is but the first in a long series of callbacks, so counting chickens right now isn’t in your best interest. Instead, check out these tips for maximizing your chances at the callback to help ensure that you do book the role!

1. Do what you did before

First the good news: there’s a reason you are here at the callback: the casting team liked what they saw the first time around! You should take this as a very good sign that you are on the right track. This means you should strive to bring the same general choices you displayed at the first audition. Don’t radically rethink what you did, because whatever it was you did, they liked it! Now, keep in mind you may well be asked to make an adjustment, so do come with your best actor’s openness and eagerness to play with all the tools in your kit. But you should use what you did the first time around as a baseline from which to work, and wait for some direction before you radically alter your approach at the callback. A side note that relates to this tip: there are people who say you should wear the same clothes at the callback that you wore at the previous audition. Personally, I’m agnostic on this. To be honest, I think it’s a little silly, the implication being that the casting team is made up of such dimwits they won’t recognize an actor beyond “the guy with the purple shirt” or whatever. Do we really think they’re that stupid? Also, what if there are several callbacks? How many times will you wear the same outfit? There are actors who tell stories of being called back some 15 or 20 times before they booked certain high-profile gigs–methinks the casting team might start questioning your sanity if you wore the same clothes over and over. But hey, if it makes you feel better, go for it. Just maybe wash your lucky outfit once you get to the 10th or 11th callback, yeah?

Again, this is a callback, so there will be other actors there. And yes, some or all of them will be up for the same role as you. However, to view them with hostility, or to see them as competition to be beaten or to allow yourself to feel intimidated by them is a mistake. Acting is fundamentally a collaborative effort. Beyond your first audition, this is the first chance for the casting team and the director to see how you work with others. You should bring the same enthusiasm, openness and eagerness to experiment to your scenes with the other actors as you would bring to the production itself. Directors notice generosity in actors, and they notice when actors are selfish. As with any profession, working with a selfish person is tiresome. Focus on the work, do your job–part of which involves listening and engaging with other actors in an honest and open manner–and let go of the insecurity.

As noted above, if you’re getting a callback, it means the casting team liked your look and something about what you brought to the character you read for. It does not, however, mean that you can relax and phone it in. Yes, the general contours of what you did before should remain. However, in the time between your initial audition and the callback it is essential that you ramp up the research and line work you did before the first audition. Bring more the second time around: whatever you did before, do it again, just bigger, better, stronger, faster, deeper. To that end, if the casting team has provided you with sides, great! Get to work learning the lines. For short scenes you should strive to be off-book as much as possible. Even if you don’t know the lines cold, you should be very comfortable with your eyes off the page for long stretches. This is vital, as your acting is being evaluated, and as we all know, acting is reacting. The job is to listen to your scene partner and react to what they give you, and you can’t do that if your eyes are glued to the page the entire time. Also you should ramp up your background research on the character and the production. What does your character want in the scene? What possible tactics might he or she try to use to get it? You should have a lot of this worked out in advance, but still be open enough to adjust to whatever your scene partner or the director throws at you.

Even though we are always excited when we get a callback, the temptation is to get even more nervous, as the stakes are higher. But this is a mistake. Yes, “don’t be nervous” is easier said than done. However there are some things you should keep in mind that might help. First and foremost, you are at a callback, and that means they like you, they really like you! Something about your look and your energy titillated the casting team, and they want to see more. If you’re freaking out about the possibility of failure or bitchy because some other actor was playing mind games in the waiting room, that’s all the casting team is going to see. So walk in the door with your head held high: you are on a short list of people the casting team might want to bring into their little family for a short while. Confidence is vital not only to auditioning but to acting in general. So you can take heart in the fact that you are there at the callback at all, and within that mindset, do what you can do to present your best face: learn the sides, delve into the character and his or her motivations and desires, be open, fun and engaging. An audition is just a chance to act that day, and we are very lucky and privileged people in that we get to play for a living. Have fun, explore, play, take direction graciously, be generous with your scene partners, and the casting team will see that energy and joy. That may not be all it takes to book the role, but at least it is a point in your favor!

“I see that. It’s a life. A place of your own in the city.” From the play, “The Book Store”.  Candace talks to Rachel about ...
Audition Monologues