As an actor living in NYC, times can get pretty tough. You’ve made it to the city of your dreams, and, still, no matter how many auditions you get or roles you book, you are susceptible to feeling like your aspirations of being an accomplished actor are far from being fulfilled. It happens to the best of us. However, always remember that persistence is a key part of making it in the industry. It can take some time to get there, but you’ve got to hang on with all your might.

Lois Robbins understands this notion first hand. As a native New Yorker and successful actress, Robbins has starred in productions of all entertainment mediums. She is mostly recognized for her television work on One Life to Live, Loving, Ryan’s Hope and All My Children. She is currently in production on the independent film Juvie, alongside Eric Roberts, and is set to start working on Playtone’s (Tom Hanks’ production company) star studded movie, Ithaca. She will play opposite Sam Shepherd, Melanie Griffith and Meg Ryan (who is also directing the feature).

It is currently “e;the calm before the storm” for her, we’ll say. With such prestigious projects just around the corner, Lois’ talents are sure to get some well-deserved praise shortly. I’m lucky to have had the opportunity to speak with her and gain some insight on what it takes to make it in NYC.

RP: What was your biggest struggle as an aspiring actress in NYC?

LR: Paying the rent! Thank god my parents were born before me!

RP: Have you ever had a day where you just wish you could settle into a normal 9-5 job?

LR: I have never aspired to a 9-5 job. For me, that would have been settling.

RP: In your opinion, who is the most brilliant actor you have ever worked with?

LR: I had an opportunity to work with Diane Keaton in Town and Country- well, let’s say I was “on set” with her.

RP: That must have been incredible.

LR: She is a consummate pro. An actors actor. Watching her work made me want to be better. She lifted everyone around her.

RP: Can you share with us the best acting advice you were ever given?

LR: Do something every single day to further the motion. Be your own CEO of your career.

RP: That’s great advice. In the same vein, what do you say to young actors trying to make it in the business?

LR: Only do this if there is absolutely nothing else in the world you want to do. Then- go at it with a vengeance!!

RP: Have you ever used websites like NYCastings or Backstage to find work? What is the best source for you?

LR: I have used everything. NYCastings, Backstage, One on One. All are great. Finding auditions to take yourself to or self submit is empowering. You have to be a team with your agent if you have one. If you don’t, those sources are invaluable.

RP: Do you prefer performing in Theatre, TV or Film projects?

LR: At different times in my career I preferred different mediums. Mostly, I love to work and it’s the role that draws me. There is nothing as thrilling as live theater but 8 shows a week can be hard on my family. I am loving where I am right now. Making movies is a luxury.

RP: Congratulations are in order. You have two big movies currently in development (Juvie & Ithaca). Would you mind sharing a little about each? What have you done in preparation for your roles and what’s it like working with such amazing talent?

LR: Juvie is about a young boy discovering that his parent’s marriage is in trouble and his dad is having an affair. I play “the other woman”. My character, Maria, is a Wallstreet analyst. To prepare, I spent time with a woman at a Hedge Fund who helped me understand what Maria’s day to day life was like. It was fascinating. I enjoyed working with Jared Gillman who plays the son, Booker. Eric Roberts was truly a riot. We had a great time working together.

I always find it challenging-in a good way- to glean new ways of collaborating on set. After all, it is always a collaboration. Important to remember that. You can’t act in a vacuum! I think it’s always best to keep the “collaboration” on set, or in the rehearsal room.

Ithaca, with Meg Ryan doesn’t start shooting until July. Having just wrapped Juvie I am taking a breath and will dive into that script in a few weeks! I am over the moon about working with Meg and the extraordinary cast she has put together.

Preparation for that role is just starting to ruminate in my brain!!

We all look forward to seeing both. 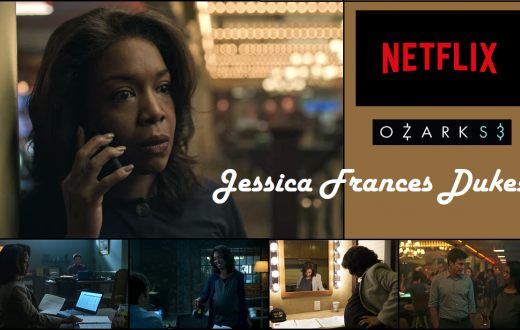 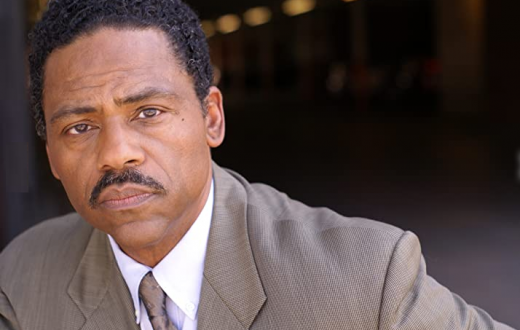 “No way! He just called him a dick.” from the film “Fast Time at Ridgemont High.” Linda & Stacy chat about high school stuff, and Linda ...
Adult Male Monologues

“I feel like such a fucking idiot.” from the play, “Mercy” Ian, misreading the situation has just kissed Orville. He has retreated to the condition ...
Audition Monologues