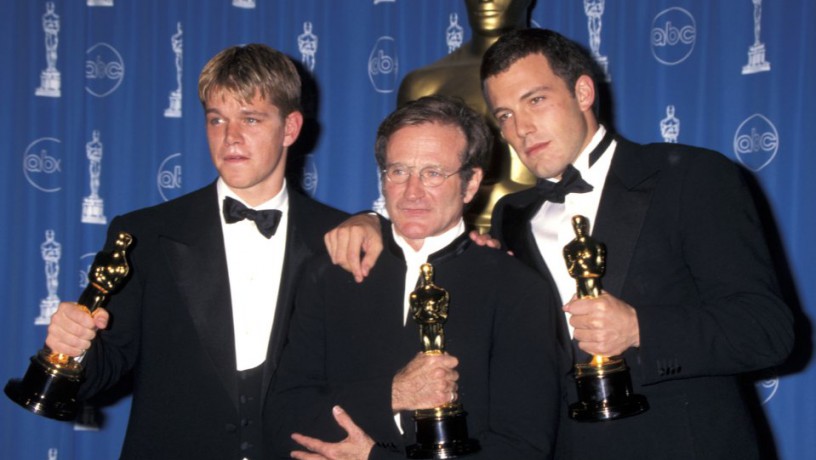 But it’s a huge mistake to think that if you’re going through a casting drought that that means you’re stuck sitting around playing video games and waiting for the phone to ring. The actor who is fully committed to this life knows that any downtime is time you could be spending improving your craft – getting out and taking classes, performing at open mics, performing in improv groups, performing in student films, working on scenes with your actor’s group – the list goes on.

Better yet, why not look at a break between acting work as an advantage: that downtime is a gift because it means you now have the time to create your own acting work! If you’re not busy learning lines, rehearsing, running off to set or the theater, that means you have a tremendous opportunity to sit down and put your full focus on creating your own piece.

Now, for some actors the thought of stepping out of the actor’s comfort zone where you are more or less a vessel for a character and a director’s vision can be intimidating. While our training points us toward being creative, yes, that creativity is usually expressed within the very tight confines of the guidance of a director, while speaking someone else’s words. It’s simply mind-blowing for some actors to even consider taking the reins and deciding to be that director or that writer themselves.

But especially in this era of a million channels out there hungry for content, not to mention the viral nature of YouTube, Instagram, Twitter, and Facebook videos, if you’re not creating your own acting work you’re selling yourself short. Think again about the examples of Matt Damon and Ben Affleck creating Good Will Hunting and all the things they’ve accomplished since they created it. Or Wes Anderson along with Luke and Owen Wilson creating Bottle Rocket as a 15-minute short and all the places they’ve gone since.

And those guys pulled it off way back when, before there was a Netflix or Amazon streaming or a billion other outlets all screaming for content. So what’s stopping you? Here’s some tips and ideas for how you can get started creating your own acting work!

The biggest roadblock for any writer of any type and at any level is opening that new word document, or Final Draft (used by most writers) and staring at the blank page. There it is, all shiny and white, with that blinking cursor sitting there patiently at the upper left corner, waiting. Mocking you.

Look, getting started is hard. But much like we say about acting classes, you’ve got to give yourself permission to play – and permission to fail. Every word you write down doesn’t have to be gold. You’ll find there’s a button on your keyboard marked “Delete.” You can always use it later on. Have some fun – maybe play with some ideas that came out of an improv class, or get together with friends and have a brainstorm session: everyone brings one or two basic ideas to the table and you bat them around one at a time and see where they go. You’ll be surprised how far some of them can get, if you just open the door and start verbally jamming!

And for us actors, of course it’s much easier if you start from the basis of casting yourself as one of the lead characters (Just like Lena Dunham did). “Writing” then becomes “speaking:” what would this guy say next? And especially working with friends, the writing process then becomes a conversation between characters and – bam, all of sudden you have a script. There’s a ton of information out there to help you get started as far as the nuts and bolts go, and once you understand some basics you can begin thinking about how long you want the piece to be, how big of a cast you’ll need, and what kind of locations you’ll need. But honestly the first step to creating your own acting work is to just grab a pen or open a word document and start getting ideas down.

Want to supercharge your motivation… After you write a page, get your phone or camera out and act out the scene on-camera. You can start crafting your characters’ nuances for better writing!

The type of script you write should depend on your goals for yourself. For instance, if you wanted on-going work, you might write your web-series… If you wanted do film festivals, make your short film… Understanding good writing and media standards will require much reading. When you’ve got the beginnings of a good idea start researching everything about writing from experts. Screenwriter Magazine & Film Courage are good starting points for example – they have hundreds of articles & videos on screenwriting.

So let’s say you’ve got a script and you know what you want to do as far as the scope of the piece – meaning is it a sketch, a short film or a feature-length project – now you have to put on your producer’s hat and start thinking about things like funding. This is where your skills as an actor can really come in handy as you’ll need to woo other producers who can help you hire a shooting crew, perhaps a director, an editor, and think about acquiring appropriate music for the piece. One great place to start if you have a project and some funding but need some expert advice for taking the next step is to go to DreamCasters Media They work with people who are in the process of creating low-budget projects and can help you to get the most bang for your buck.

Another consideration when you’re putting together your project is whether you want to work with SAG-AFTRA or not. While many new indie creators just dodge the entire question and try to save money by hiring non-union actors, there are actually some advantages to working with the union when creating your own acting work. For one, the quality of your project is going to take a great leap if you’re using more skilled and professional actors. When you’re ready to cast

Now, of course there are tons of non-union actors out there who are incredibly talented. But let’s face facts: you’re taking a big chance by entrusting your baby to the hands of people who might have less experience. You’re talking potentially longer shooting days because they can’t get the scene the way you want it, lost time for no-shows and late arrivals by people who aren’t fully committed – there just are a ton of potential headaches involved with using amateur actors that could end up costing you money in the long run.

And the fact of the matter is, working with SAG-AFTRA will make your project more appealing to talented non-union actors as you could give them one of their three Taft-Hartley waivers to qualify for SAG. What’s more, working with the union won’t necessarily cost you more, it just means you have to fill out some paperwork to become a SAG-AFTRA Signatory Producer – yet another way to bump up your cred in the film community and attract top talent both in front of and behind the camera! SAGIndie.org has a ton of great information on how to go through the process.

Also the staff at NYCastings are experts on casting so you can always come to them with questions and they’ll help you find the right solution for you. Contact: Casting@NYCastings.com

So you’ve got your project in the can, now it’s promotion time! Remember the examples of Matt, Ben and Wes. Film festivals abound these days, so you can get your work shown to all the right people. Not to mention of course social media and YouTube – sky’s the limit when it comes to how far you can take it. Shorts turn into features and TV shows – hell, even one-man shows turn into sitcoms or make it Broadway these days, so why not your piece?

And a more immediate benefit for you as an actor is you now have even more material to add to your reel! Not to mention that putting your name on your own project as actor/writer/director adds immensely to your cred when it comes to casting, as every director is looking for creative people to work with. Even if your project doesn’t win an Oscar, the fact of having created it adds tremendous cachet to your resume and will make agents, casting directors, directors and producers consider you on a whole different level!

So what are you waiting for? Open that word document and get started right now creating your own acting work and molding your dream into reality!

“Think, Anya, your grandfather, your great-grandfather, and all your ancestors were serf-owners, they owned living souls;” Trofimov has a moment alone with Anya. Anya reveals that ...
Adult Male Monologues

“Scientists Predict that…” from the film “FUTURE” – Monologue for older male actors, this monologue reflects on the future of a man who’s been diagnosed with cancer.  ...
2 Person Scenes

“Well I wouldn’t shut up, would I?” From the play, “Pretty Theft.” In this monologue Suzy shoplifts. Ideal for Teen Females – 1-3 Minutes. By: ...
Kids / Teens - Boys Monologues