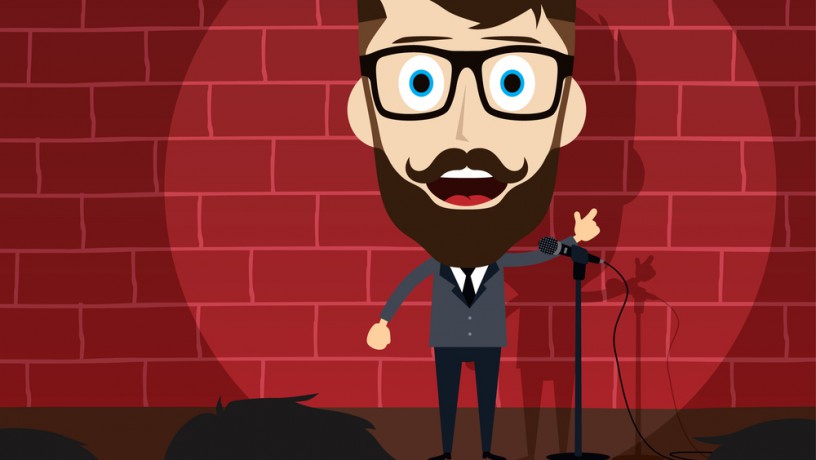 So an actor walks into a comedy club…

That’s it, there’s no joke here, just a thought: when was the last time you deliberately took yourself out of your comfort zone as a performer? Like, REALLY out there?

Most of us talk about pushing ourselves and stretching our internal boundaries as actors, but the truth is, after you’ve been doing this for a while it can be tough to actually come across a project that places real demands on you, that offers real challenges.

As artists we constantly need new stimulus and new avenues of creativity to keep it fresh, even if those avenues are tangential to our main focus. Enter stand-up comedy. It can be a great way to recharge your acting and inform your craft in ways you can’t even imagine. Here’s how!

1. It’s your very own improv class

Stand-up comedy is a time-honored art form that many attempt but few really master. But one thing you’ll notice all the best comics have in common is the ability to improvise. These guys and gals are often the most lightning-fast, sharp-witted improvisers you’ll ever see. Why? Because every night they go up they’re creating a whole new show. That’s not to say they’re writing all new jokes every day. Of course they’re using the same jokes and same material they’ve previously created. But each night’s audience in a comedy club by its very nature creates its own atmosphere and therefore results in a unique performance. People laugh at different bits, one audience may groan or be horrified by something another audience found hilarious – you never know. And that keeps you on your toes! While this is true to a degree for stage performance of any kind, stand-up comedy is so intimate and so naturally interactive that performers by necessity must be ready to engage with their audience. And audiences at stand-up shows have come to expect (or dread) being singled out by a comic, so every performance is a chance to improvise something new based on what you’re given by your audience. What better way to sharpen your improv chops than having an audience you’re actually interacting with?

If you’re an actor in a new market or just getting your feet under you as a performer, stand-up open mic nights are a fantastic way to keep your performance edge even if you’re in a casting dry spell. It’s amazing what getting up for even just a five or ten minutes set can do in terms of honing your focus and keeping your performer’s muscles active. Not only that, stand-up open mic nights are a great way to meet other performers, many of whom might also be actors in their own right. There’s a lot of natural spillover between comics and actors, as even a cursory glance at network television’s nightly line-up will tell you. Becoming part of the stand-up community in your town or in a new city can really get you close to the right kind of creative people very quickly. This is especially true with comedy, something that only people who have had the courage to stand up there with nothing but a microphone and their wits to protect them really understand. There’s a camaraderie that’s created among people who navigate that tightrope, and you can form lasting bonds among a stand-up open mic crowd.

One other point along these lines: you never know who is in the audience, or who might perform at any given stand-up show, whether it be open mic or not. Casting directors, producers, directors and more established performers go to these shows, just like anyone else. And as we all know, getting your pretty little face out there as a performer is vital to creating a lasting career. Doing stand-up in particular is a great way to show off the real you, to give them a little taste of your personality and what you might bring to the table if you were working on a project.

You often hear actors complain that we don’t get the right roles, or that we aren’t being offered challenging material that really allows us to stretch our creative wings. Well, stand-up is here to save the day! In creating a tight five or ten for a stand-up open mic, you are the writer, director and producer of your own little mini-show – and you have absolutely nothing constraining you except the bounds of good taste (and we all know those boundaries are very, very loose when it comes to stand-up!) This is your chance to let your imagination run wild and engage your creative side and simply allow yourself to PLAY! Creating stand-up allows you a freedom as a performer and a creative artist in a way that you usually can’t approach when you’re on set or on stage working with someone else’s material. Try out new accents you’re playing with, put on various characters you’ve thought about but haven’t had a chance to explore, make fun of your mom or your roommate or your boss in a way you’ve never been able to do out loud before – have fun, and the audience will have fun with you!

One other thing to keep in mind as you’re contemplating taking the leap onto the open mic comedy stage: what often stops people, actors and non-actors alike from trying their hand at comedy is the vulnerability of doing stand-up. After all, you’re up there with nothing but a mic, your mind, and a smile – you might as well be naked. As actors, we’re accustomed to playing a character, to exploring what that other person might be going through, and imagining ourselves in their shoes. In doing stand-up, it’s all you, baby, and that can be disconcerting. But here’s the funny thing: underneath it all, doing stand-up is actually learning how to subtly put on another character – it just happens to be one that looks a lot like you. As actors we’re familiar with the concept of “being on,” i.e. being in performance mode. But if you talk to stand-up veterans about being “on” in this sense, you’ll quickly learn that for most of them, the person who is out there performing isn’t really them. That’s not who they are. They’re playing a character when they’re on stage – even if that character happens to be named Patton Oswalt or Mike Birbiglia or David Cross for example, it’s still a character. This can be an incredibly freeing notion for actors who are considering doing stand-up: you get to straddle your comfort zone and step out of it at the same time by embracing the danger and razor’s-edge nature of stand-up comedy while still understanding that you’re playing a role, as you’ve been trained to do. In some ways, doing stand-up is the best acting class you could ever have!

If you spend any time hanging out with comedians, you’ll quickly learn that these are some of the toughest people in the world, and almost certainly the toughest performers there are. That’s because they deal with rejection on a nightly basis in an intimate and personal way that most of us never have to face. Sure, we all know about the rejection-to-success ratio of the auditioning actor. But let’s be honest: while that kind of rejection sucks, it’s of a very gentle nature. So you get a phone call saying “We decided to go another direction.” Ouch! Contrast that with doing a joke you thought was funny and having no one laugh and just stare back at you stone-faced. That is a visceral kind of immediate rejection that is unmatched anywhere in the art world that I know about.

HOWEVER! Think of what an incredible gift that is! Think about what that means in terms of setting yourself free from fear as a performer! So nobody laughed tonight, so what? Move on to the next joke. Tweak the material and move on to the next open mic. Developing a thicker skin as a performer and realizing you’re not going to DIE if someone doesn’t immediately fall in love with what you do is an invaluable lesson, and one that will serve you well, not only at stand-up open mics, but also in auditions and throughout your life as a performer. Have fun – do comedy! 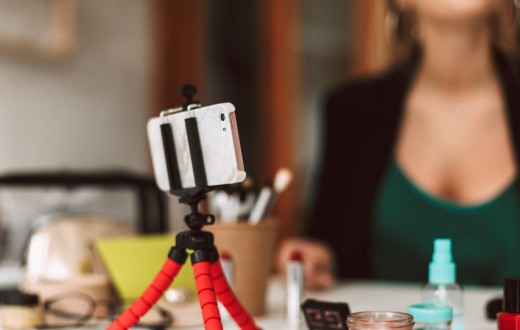 “I always wanted to have my name in all the papers.”from the film “Chicago.” In this monologue Roxie Hart narrates stories of her relationships to an ...
Kids / Teens - Boys Monologues

“You will always be my Mommy” from the film “Captain Fantastic” – At the funeral pyre, Zaja says goodbye to her late mother. Dramatic Monologue For Female ...
Adult Male Monologues

ION – Ion is concerned about moving to Athens. Dramatic Monologue For Teen/Young Adult Male Actor. 2-3 Min. ION Far other things appear when nigh, than ...