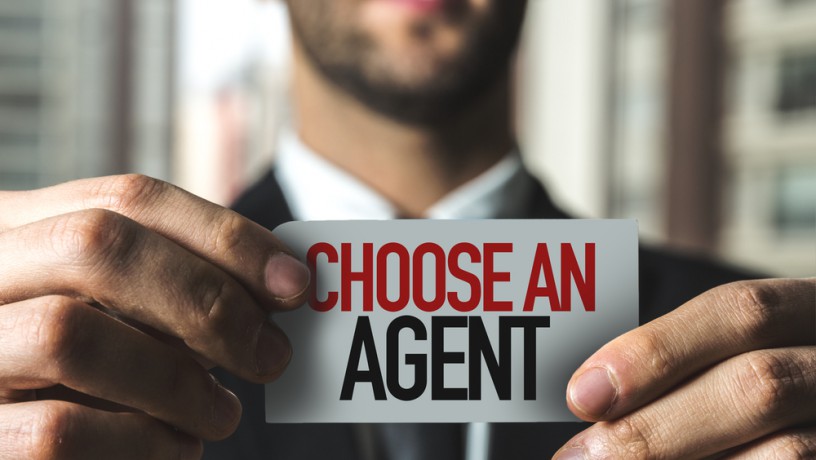 I can remember when I first moved to Los Angeles about seven years ago and all I could think about was getting an agent. Let’s just say the excitement trumped the actual result.  Amidst all of the joy behind signing with an LA agent, I forgot one of the most important things that anyone should do before signing with an agent or manager. I like to call it “MY AGENT’S CHECKLIST.”

Before I dive into details about the checklist, I want to share with you my mistake and why it was so significant to the development of my career and success.   This particular agent only saw me as a dollar sign. I was never contacted for any worthwhile auditions and I even went three months without hearing anything. By the end of the annual contract, I had booked more jobs for myself than they had. I knew something had to change, and it did. After the mistake that I initially made, I wanted to make sure that it would never happen again to myself or anyone I coached.

Enter the agent’s checklist. This was five different concepts that needed to be present in order for me to hire an agent to work for me. And yes, you heard right! They work for you. This is one of the most career transforming realizations that you will ever encounter as an actor. Reason being is, if you don’t like what you’re seeing, change it up. I’m ready to show you how to guarantee that your agent will grow with your career.

1.   AN AGENT HAS TO BELIEVE IN YOU, SOMETIMES MORE THAN YOU BELIEVE IN YOURSELF.  People that believe in you and believe in your ability are the people you want to align yourself with. An agent that believes in you wants you to succeed as much as they do themselves. When you first meet them, you want to gauge their interest on how far they’re willing to go for you. You have to show them why they have to put in the time to support you on your journey as an actor. You want them to be so excited that they’re jumping out of bed to pitch you, submit you and tell the world about how awesome you are.  The naysayers are going to tell you that this type of agent doesn’t exist. Maybe for them, but not for you. If you’re willing to do the work and find the right fit, number one on the checklist will benefit you exponentially.

2.   AN AGENT MUST SHARE YOUR GOALS.  One of the greatest agents I ever had a few years back would sit down with me every three months to collaborate on our goals. Every one of my goals matched hers, and when we differed we found a common ground to work towards that was ultimately going to help me become a greater actor, and her, a greater agent. I made a promise to her that I would do everything that put me in a position to help us both win. It was a sacrifice no doubt, but it was worth it. We cultivated a fruitful relationship that produced a lot of success. Sometimes you may encounter an agent who claims to be too busy, but you have to be adamant and persistent when it comes to your career.  A fifteen minute coffee meeting will do wonders. At the end of the day, communication is key because it helps everyone to be on the same page. When goals are the same, the success will be also.

3. AN AGENT MUST KNOW YOU AS WELL AS YOU KNOW YOURSELF.   Here’s something to truly think about. How can someone pitch you if they don’t know who you truly are as a person? Remember that coffee meeting we mentioned? It’s of great importance to your ability to be pitched. There’s a saying that I tell my students that will always allow you to know where you stand in your actor/agent/manager relationship. “ AN ACTOR WHOSE OUT OF SIGHT IS AN ACTOR WHO DOESN’T GET PITCHED.” It’s the raw truth that determines if you’re going to get that co-starring audition for the big network television show, or just another face on the website. It’s all up to you. When the experts say that acting is a business, it truly is a business and at every moment you’re selling yourself in the best possible light. So when choosing an agent, make them aware that you want them to know the best parts of you.

4. AN AGENT MUST LIKE WHO YOU ARE AS A PERSON. The great King Solomon garnered massive amounts of success because he only worked with people under two conditions: A) They were happy people. B) He liked them. I’ve adopted this same approach to my career and you should also. You ever notice how all producers and directors continue to work with the actors that they like as people? It’s a trend that is well known not only throughout Hollywood, but in every business. People will tend to work harder for you if they like you. So when you’re taking this meeting with an agent or manager, ask yourself does this person like me? Do I like them? Could we eventually get along and cultivate a relationship together? If the answer is yes, then you’ve got representation that’s going to go to bat with you every time.

5. AN AGENT MUST KNOW THAT YOU’RE WILLING TO DO THE WORK. Success as an actor is extremely simple. It’s not easy, but it’s very simple. Set goals, develop a strategy, make adjustments as you need to, follow your instincts but more importantly, do the work. If I as an agent know that you’re going to do the work, once again, I will stop at nothing to help you to succeed. Your job as an actor is to submit new headshots before I ask of them, update your reel as needed, share your ideas about how I can get you in front of the right people, etc. You see, when we take the initiative to do the work before asked, we can be assured that the agent will do their part. When they can agree that they’re willing to work for you as hard as you are going to work for yourself, you’ve found a great match that will allow you to do some amazing things in the entertainment industry.

In this line of work, the only thing that perpetuates longevity is the ability to grow. You need that from the people who are going to represent you also. Even if the search becomes frustrating or takes longer than you expect, refuse to settle. Remember this is your career and your life that you only get one shot at it. Use this checklist to your advantage, because sadly these are concepts that aren’t taught enough to the acting community. Stack your deck and go after your dreams with all you got. Do you want to potentially experience more success than you could have ever imagined as an actor? Do yourself a huge favor, and choose an agent that will grow with your career. When you do, I look forward to watching you blossom on a stage, television or big screen in front of me. It’s only a matter of time.

What to wear? Dealing with wardrobe for auditions

“Think, Anya, your grandfather, your great-grandfather, and all your ancestors were serf-owners, they owned living souls;” Trofimov has a moment alone with Anya. Anya reveals that ...
Adult Female Monologues

“The work of a critic” from the film “Ratatouille.” Anton eats ratatouille and his world is changed. Dramatic Monologue For Teen/Adult Male. 2 Min. Written ...
2 Person Scenes

“Can we stop the play for a second?” From the play, ‘The Parking Lot’. J stops the play and addresses the audience telling them they ...