It’s like a New York right of passage, says Casting Associate Philip Huffman who works on NBC’s Law & Order: Special Victims Unit. Yet, getting on the episodic takes a lot more work than it appears at street level. It’s not that easy. There are plenty of established actors who have never been on the show, Phil shares.

For over three years, Phil has worked on L&O SVU, alongside Casting Director Jonathan Strauss.

Jonathan and I have a great relationship, Phil shares. I do a lot of the grunt work. I put out the appointments, check avails, and pull the sides. Between him and me we do deals and he always includes me when we do the big stars. If I come up to him with people I’ve met and say you should meet this person’ he trusts my taste. We both come from the same school of thought and work well together.

Working for the entertainment industry comes naturally for Phil. He comes from a family of casting directors and actors, which helps fuel his passion for the industry. It feels good to be a solid source of work for New York actors, Phil says. A lot of people get their first start here and I take pride in that.

To help more actors become part of the Law & Order prideful passage, Phil tuned NYCastings in to the SVU process.

On average, Law & Order SVU casts twenty SAG principles per episode, from July through April – give or take a day or two.

We have a smaller count than the other two Law & Orders, Phil says. The original Law & Order sometimes has more people in the first twenty minutes than we have in our entire show. But we average 20 per episode, 22 episodes about per season.

Twenty roles per episode sounds like a lot, but multiply that by how many people are out there that are right for a part and it’s a lot of people, Phil says.

For the twenty or so available roles, casting mostly starts with agents and then our personal files, Phil shares. We do get general mailings and I look at everything. But if I haven’t met you, if I haven’t seen something you’ve done, then it’s going to be tough for me to bring you in because if I bring in bad actors it will reflect poorly on my taste. That’s also why the classes I teach are good.

The classes help actors for numerous reasons, Phil says. You get to see the kinds of roles we cast from the rapist, to the social worker, to the random person on the street. I try and give a smorgasbord of all the roles we look for.

Also it’s a good way to get your foot in the door. I find a lot of people for Under 5’s, or to do a scene or two, depending on the impression they make on me.

It’s important to realize that Phil may meet someone great and not have a part for them until a year later.

So, I don’t think people should go into these classes thinking I’m going to get an audition,’ Phil shares. The classes are exercises, ways of teaching people, and to give adjustments based on certain scenes.

The side project is that if I meet people I will bring them in if I can. For that reason, I try to keep classes at a certain number and not do too many, Phil says.

For the lucky actors who do get an audition, when you come in for a pre-screen, Jonathan reads with you. We don’t use readers, Phil shares.

It’s casual. I think Jonathan and I are not very intimidating. We have an ease that is comforting. You get a few times to do it and we will take you in a different direction if you need to because we have an idea what our producers are looking for.

We try to be honest with people but we don’t dig or be nasty about it. Any questions you have will get answered.

After the pre-screening, if we think someone is right we bring them back in for a call back. They get the sides beforehand and the character breakdowns. The most a person will have is a couple days. If it’s a big role we get that to people as early as we can. We want people to have time to prepare.

Along with the sides, you also get the shoot dates. Availability is a big thing, Phil points out, because I’m not going to know when that part shoots until a couple days out. I’ll know our broad dates, when we are going to start and finish. So, this is when people should tell me what they’ve got going on.

Once you get a call back, you go into a producer’s session. The process, depends on the director, but usually it’s just one take.

Along with the actor, there can be a lot of people there, Phil says. There’s definitely going to be our executive producers, our director, another producer, writer, someone working the cameras. Could be five people in there and it can be a little intimidating. But we want you to get the job.

We are in the business of getting people employment, Phil says. We want the actor to do well because then it makes everyone happy. But it can be a little intimidating and I’ve seen a couple people freeze.

Just think, what’s going to be harder… a room with five people or when you get on set and you have the lights and the crew of however many people. You just have to dive in head first with confidence and know how to play the part. Just go for it and don’t worry about the intimidation factor.

All three Law & Order brands have different crews and I would not say there is one type, Phil shares. In general, I’d say real.

Sometimes you find a landlord and we’ve all seen this landlord. So we don’t go for the prettiest person, the most TV ready. We go for the best actor first and foremost that’s our motto.

Getting the best actor is vital because it is a very serious subject matter, and sometimes casting gets tricky because we cast a lot of minors.

Understandably parents don’t want their kids dealing with some subject matters, so the search gets more complicated. For example we had an episode where we had to find a thirteen year old boy who wanted to be a girl. We put out 100 calls and 50% flat out passed due to subject matter, 30% were too old and then from the 20% remaining we got a handful of people to go forward with. But no matter how daunting a role may seem there is always someone out there.

Sometimes Law & Order brands do share actor info. There is no weekly meeting, Phil says, but if we are looking for something particular, say a seven foot tall man covered in tattoos, then we do reach out. But usually we are focused so much on our own episodes.

There might be this idea that Law & Order is flat and fast – get it out, Phil says. And I think that holds true for some characters, some of the more informational characters that get you from point A to point B. If you are doing a waitress you don’t want to be huge but you also don’t want to make it boring.

You do need to get the information out there in a timely fashion because information is big, but people have personalities. You don’t want to be flat.

People sometimes have the hardest time with the casualness, the ease, the conversational tone. The social workers are used to dealing with cops. It’s going to be more of a back-and-forth conversation.

Also, for SVU we have more creepy characters, we have more emotional mothers. For those definitely don’t be afraid to sink your teeth into them, Phil says. There are sessions where people come in and they play a really intense character in the same way as a social worker or a waitress and it doesn’t make sense. I know our show has a pacing, but we allow time for more depth and darkness. For the more intense characters don’t be afraid to go there.

We keep a tissue box in the audition room for a reason. There’s a lot of crying, a lot of emotion and people want to see that.

The best way to keep in touch with me is with postcards, Phil says. Also if you see something you think you’re right for I would say to submit again because you will get to me a lot quicker. But postcards mainly; if you got a call back, a commercial, or are in a play. Remind me that you are working.

Because after all, working in this city, is the stuff dreams are made of.

Let’s hear it for New York! And continued success for the Law & Order brand. 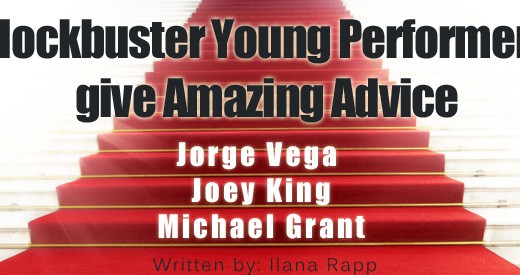 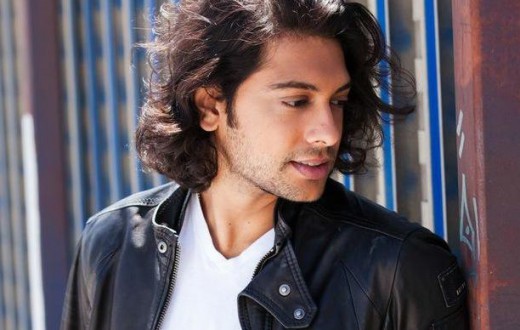 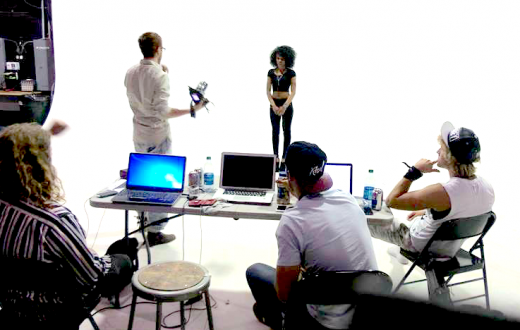 “Then one day, I got a phone call.” From the play “Good Morning, Good Night!” In this monologue Amir delivers a eulogy. Ideal for Adult ...
Adult Female Monologues

“I have to step out of this play for a minute.” From the play, ‘The Parking Lot’. J contemplates what she truly wants in this ...
Film Scenes for Women

“I always wanted to have my name in all the papers.”from the film “Chicago.” In this monologue Roxie Hart narrates stories of her relationships to an ...
Film Scenes for Men

“There was a Time for this Law, but Not Anymore.” from the  musical “Footloose.” Ren is trying to convince the Reverand Shaw that dancing is not ...
Kids / Teens – Girls Monologues