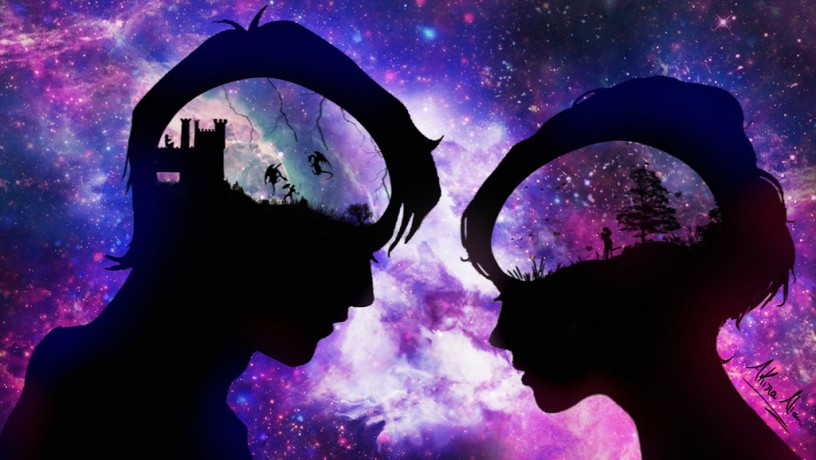 Understanding the World You Are Entering as an Actor

As fallible human beings, it’s easy for actors to fall into the trap of the green-eyed monster of envy. You’ll see an actor you know who has comparable skills and a comparable look to your own, yet who nonetheless seems to get cast over you every time you are up for the same roles.

You wonder, “What does he or she have that I don’t? I could have totally killed playing that role. Why didn’t I get cast?”

And then you think, “I bet he’s sleeping with the casting director…”

Well, of course there are a million reasons why we do and don’t get roles, not all of which involve that bastard Stephan and his slimy ways. You know what you did, Stephan.

Nor can they all even be explained. The intangibles are often just as important as things like your look or your dialect or your voice.

And so the healthy thing to do–once you’ve exhausted all the nasty thoughts your sick little mind scrolls through regarding your rival–is to get back to work, and focus on the things you can control.

And while it might at first blush seem like something wholly out of our hands, some of those so-called intangibles are actually within the realm of things over which we can exert our actor’s training and use to our advantage. What we’re talking about is understanding the world you are entering when you audition for something, and doing everything you can to make sure your choices align with the expectations of the show.

1. It is definitely a world, not just a role

The first thing to understand is that when you are auditioning, whether it is to be Spear-Carrier Number 2 in a Shakespeare play, or for a recurring guest role on a cop show, what you are asking is that the show’s creators invite you to join them in their specific and unique world. It may seem on the surface that if you bring your best grim cop demeanor into any audition for a police procedural, you have just as good a shot as anyone. But what if you go into an audition for a role on a “Law and Order” spin-off with the same energy and demeanor as you brought to an audition for the wacky Steve Carell-penned “Angie Tribeca”? The latter features goofy, pun-heavy humor a la “Airplane” and a tongue-in-cheek cop-show vibe which would definitely be out of place in the world of “Law and Order.” And even without using examples so starkly different, we can begin to see that there are differences between shows that are far more subtle. You wouldn’t audition for the role of Bottom in the magical “A Midsummer Night’s Dream” in the same way you would read for a supporting role in the malevolent, bloody “Richard III,” would you? They’re both Shakespeare–so why not? Because they inhabit different worlds. Same goes for the differences between shows like “Game of Thrones” and “Outlander.” Despite the similarities–for example, they are both set in an era of swords and kings, one fictitious and one based in reality–“Game of Thrones” is an HBO property with much more of a violent and sexualized streak, whereas “Outlander” falls more into the bodice-ripper, romance novel category. Failing to bring a clear mental picture of these specifics into an audition can potentially ruin your chances.

Once you understand that it is indeed an entire world you are asking to join, your job is to dig deep into understanding that world–and we’re not just talking about the differences between a show set in Winterfell versus Scotland. Tone and the spirit of a show is something difficult to fully capture in words, but it surely exists. For instance, both “Gotham,” the Batman origin tale, and the outstanding new show “Legion” featuring Dan Stevens as a mental patient/uber-mensch with startling telekinetic powers are based on comics. What’s more, they’re both based on dark, brooding comics in which characters flirt with madness and violence and question their own sanity. However, “Legion” also features a sharp streak of dark humor and tongue-in-cheek sarcasm. It features the occasional pill-induced, hallucinatory dance number, as well as a bad guy that can only be described as disturbing in a panting, giant slug kind of way. So if you approached playing a character on “Legion” with the granite-jawed dourness of Batman’s ally Commissioner Gordon, you would seriously hamper your chances, because you missed out entirely on the humor. Point being, know what you’re reading for. Far too many actors use the excuse of being busy (who isn’t these days?) for skimping on research before hitting an audition. You can go that way, sure, and no one will deny that you are surely busy too. But if you actually want to book the role, the more you know about what you’re getting into the better off you’ll be.

Aside from the subtle differences in overall tone between various plays and shows, as part of our research we also should be able to divine certain truths about more tangible details of a show, for instance the physicality of the character you are meant to play. Back to “Game of Thrones”: anyone familiar with the show would probably agree that there is a certain swaggering eagerness to cross swords both physically and verbally that is a general theme underlying many of the main characters’ personalities. This comes across in a type of insouciance, a causal, open way of strolling across the various landscapes of the show. Contrarily, think for a moment about a show like “The Tudors.” Despite the strong streak of lust and seduction that permeates the show, there is an undeniable tendency toward a tight-assed, pre-Elizabethan stiffness and erect posture embedded in it. Woe unto the actor who carries one of these modes into the wrong audition, because he or she is going to stick out like a sore thumb–especially to people who are intimately familiar with the world the show is building.

This is the key, and it goes back to the point about research: you can bet that the people who are looking to cast you have watched every episode forward and backwards and upside down. While it may be impossible on short notice to internalize a show to the same degree, your job is to come as close as you can, to provide at least a glimmer that including you in the world of this show would be plausible.

CHARLOTTE’S WEB – Fern names the pig she rescued. Comedic Monologue for Kid Female. 1 Min. FERN: My very own pig! Now I have to name you. ...
Adult Male Monologues

“My cat died last week” from the play, “Clown Bar” Dusty muses about his life as Twinkles and Happy are trying to decide whether or not ...
Audition Monologues