As an actor, I’ve found creating a character to be an incredibly vital and, on occasion, challenging process. There is always that overwhelming desire to make your performance both believable and dynamic, while remaining true to the story. This seems to be some sort of universal aspiration among us actors.

A few months ago I began this process when I was cast as Melchior in Spring Awakening. Getting the news of this was both extremely exhilarating and terrifying (not just because I knew I’d probably have to show my rear end). Melchior is a rebellious and complex role, demanding an extreme emotional range.

Immediately I dove into the script. Of course it is always essential to read and then reread the text, as that is where our character lives. So I started there. Heck, I even looked into the original play it was based on. I attempted to shine a light through the pages and illuminate what my role is in the piece. Ultimately, although I grew more comfortable in Melchior’s skin, I sometimes left rehearsals wondering, most primarily, “Who am I really?” and “What do I want?” as the character.

I’ve studied most of the praised acting techniques, read all the recommended books, and yet still felt like I needed my own way of doing things. That’s when I discovered one easy tool to help flesh out a performance lies right beneath all of our fingertips. In fact, it’s something you can use from your comfy couch! The Internet.

Here are three inspiring and enjoyable ways to use the Internet to bring a character to life:

1. Youtube is your friend. Begin by watching previous productions of the material. You will not only gain insight into the work, but also think about the work an audience member. Don’t steal or copy things you character does, but get an idea of your overall intent. Before rehearsals began, I found myself watching prior performances of Melchior (such as Jonathan Groff’s genius origination of the role) to gain a bigger picture of the character. However, once the rehearsals officially began, I decided not to allow myself to anymore. It’s important to interpret roles on your own, not just from an artistic standpoint, but because you have to find yourself in the character. Instead, I then watched clips of regarded actors who played characters that have a similar nature to Melchior. For instance, I scanned through videos of Marlon Brando to see his confident physicality and observed rock stars like Bon Jovi to get a sense of how I should break out and move during some of the bigger numbers. These viewings can inspire you and give you a sense of how to emulate that specific presence.

2. Make a Pinterest. Now, I’ll admit, I originally went to this website to gawk at all the delicious food posts, but I ended up finding some unexpected inspiration. Making a board on Pinterest serves as a simple way to map out a role. You can pin things that embody your character – their look, environment, personality etc. It really allows you to see their personality more clearly. In researching Melchior and Spring Awakening I found so many images, quotes and articles that inspired me. Pinterest is an amazing nook on the Internet where you can keep and access all of these findings.

3. Status Updates. One interesting exercise is to generate posts your character would create. More specifically, you could go through the script and make a fake Twitter or Facebook post that describes a scene or even offstage moments. This can help you identify the essence of what your character is thinking. It helps you get in their mindset and even beefs up your inner monologue. Think of this as a modern day “e;scene score” or beat identification. Try using “e;key words” or “e;phrases” that describe and inform your character. No matter what the time period of the show is, this is a fun way to merge your world with the characters’.

Of course, I’m not Lee Strasberg or Stella Adler, but I discovered these three methods worked for me. They weren’t the only things I did during my rehearsal time, but they assisted me in identifying with the plot and all of the characters within it. I feel as though it is important to think like your character on a daily basis, in order to build the foundation for an organic and meaningful performance. Always remember to enjoy the process and find what works for you as an actor! #thanksforreading 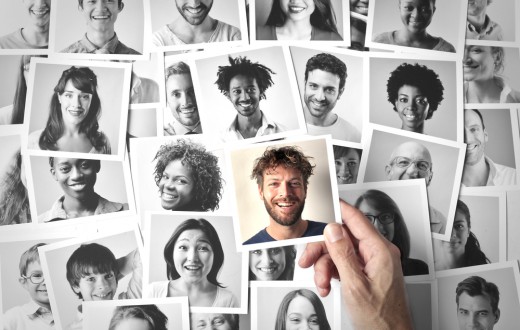 “So, I think we should move.” from the film ” Monster”. Aileen tells Selby her plan for them to move to Florida. Ideal for Adult Females ...
Kids / Teens – Girls Monologues

THE IMPORTANCE OF BEING EARNEST – Cecily meets Algernon, who she believes is Ernest. Comedic Monologue For Teen Female. 1 Min. Written by: Oscar Wilde CECILY: You ...
Adult Male Monologues

“I would like to say something, your honor” from the play “The Producers”. Leo defends his producing partner in court. Comedic Monologue for Adult Males. ...