Compelling, heart-pounding performances can happen every time you step into an audition room as long as you expose your true life story.

Truth is, a lot of actors need to learn who they are, what their interests are and what their personality is before they even walk through the door, says Casting Director Kristian Sorge. So when we meet, I can see that before the camera even starts rolling,

Kristian Sorge believes that an actor’s preferences should influence performances because the things we are into, our interests, define us for who we are.

I did a commercial once for a salad dressing and all the actor had to do was come in and eat salad w/ dressing, Kristian shares. 95% of all actors can do that with their hands tied behind their back but if you don’t come into that salad dressing audition with a personality and a point of view, how do you expect to stand out from the rest?

As an extras casting director, Kristian has done, Flight of the Conchords, Just Wright, Nick and Norah’s Infinite Playlist and most recently Henry’s Crime with Keanu Reeves.

And he just finished casting all the principals and the extras for the primetime A & E show, the Fugitive Chronicles.

Kristian can spot an actor’s quirks, strengths, and personality traits as soon as they line up for an audition, so NYCastings tapped into his knowledge and got him to share what he sees and thinks about the process. 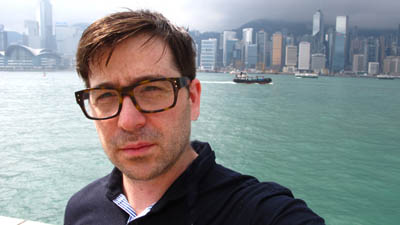 Q: Does an actor’s personality come through in their writing?

Cover letters are great for me when I am first starting off a casting but when I am knee deep in casting, sometimes I won’t be able to read them. However if you do get to put your personality in there, please do, sometimes interns will give me headshots and say, “this person sounds really genuinely nice AND they might be right for this.” So you never know who you are going to get reading your cover letter.

Oh yeah, since my name is Kristian with a K, I get a lot of Ms. Sorge instead of Mr. and that just really irritates me. I mean if you’re going to send me something, it can’t hurt to know if I am a man or a woman. I mean if you don’t know, write my full name out.

Q: Do you like unique follow-ups that show style? Does it make a difference in who gets cast for current / future projects?

Follow up? I mean if you were good but just not right for what I was doing, I’ll remember, that’s my job, hopefully you’ll be in my sights the next time I am doing something that you are right for.

Q: When an actor leaves an audition, do you notice their behavior / does it tell if they think they did a good job?

Q: Does an actor’s clothes tell a story about them?

My one major rule for clothing for auditions is just be appropriate for the role. And if you don’t know what that is, always play it safe.

If you’re coming in for Staples, I mean, you probably have seen a Staples commercial, they have a pretty specific aesthetic to them, dress that way.

Q: How does chemistry play a role in who gets cast?

Well chemistry doesn’t always matter in who in gets cast but you talk to any actor about an audition they have ever done with someone who’s not at their level and they will tell you that it brought down their performance a lot. Also, sometimes when casting two roles, if two people come in and they are great together, it will help them both out. It helps the director see both roles fleshed out quite a bit at once and I have definitely seen directors call people back as couples cause they instantly work together.

5. Walking into a casting office

Q: Can you tell if a person doesn’t like being there? Or is distracted by something outside the room?

If someone walks into an office and doesn’t want to be there, they shouldn’t be. Period. But let’s say this, if you walk into an audition and there is something else bothering you or you’re not bringing your A game, we can tell the difference and truth is, why would we want to try to pry the best performance out of someone who isn’t all that interested in it?

Q: Are there any tell tale facial signs that an actor is not being authentic or is being too self-judgmental and in their head?

Hmmm, this is a difficult question to answer, I am not sure if it’s my lack of experience or just something instinctual but I don’t think there is one particular expression or tick or anything that makes me automatically notice if the performance is authentic. I will say that actors who say things like “that was awful, can we try again”, etc is a tell tale sign, that’s for sure. Also actors who “cut” themselves and don’t give themselves some rest moments after the copy / scene is done is a sign for sure.

Q: What must a headshot immediately convey about an actor, and do headshots ever/often misrepresent the true essence of an actor?

The number one answer for this question is, just make sure the headshot looks like you. I mean I can’t tell you how many times I call someone in and they look nothing like their headshot. When I was working on the Fugitive Chronicles, I needed people to look a certain way because they were matching real people. So if you send me a headshot with you photoshopped and weighing considerably less than you do now, it’s a waste of my time and yours.

But just remember a headshot, if you’re not represented, is what is getting you in the door so make it a good one that represents you.

Q: Do you notice when an actors doesn’t like or understand the copy?

Yes! Yes yes yes. If you don’t understand the copy, you won’t get the part. Or at least most of the time. I did a commercial for a small restaurant chain once and the copy was really muddled and not funny and really hard to understand. I couldn’t really even get a grip on the context of it. About 30 actors into the day, someone came in and just totally read the copy in the way it was intended, it totally clicked with me. I saw almost 60 people and that one person who initially understood the copy was the one who booked it.

Commercials are shot in a different way now, it is all about connecting in a subtle friendly way to the audience and not trying to sell you anything, so being conversational and believable are musts.

1. Choices made when performing sides

Q: When it comes to making a strong choice, how should personal likes and quirks factor in?

Making choices is probably the single most important things you need to do in auditions. However this could also be a fatal mistake for most performers who come in “too big” or are making bad choices.

But as a colleague most recently said to me, it’s not a reading contest, you know? I mean you have to come in and make some sort of decision and choice about who you are speaking to, what is the character’s point of view and what is the writer’s intention.

As far as making a strong choice, now that is up to the actor, I mean I can “always bring it down” if needed but I would definitely consider asking the casting director prior to the scene. I.E. “this character strikes me someone who has had an abusive past, do you think it would behoove me to play it in such a way?”‘

To learn more about Kristian Sorge check out his rap sheet at http://www.imdb.com/name/nm1191114/ 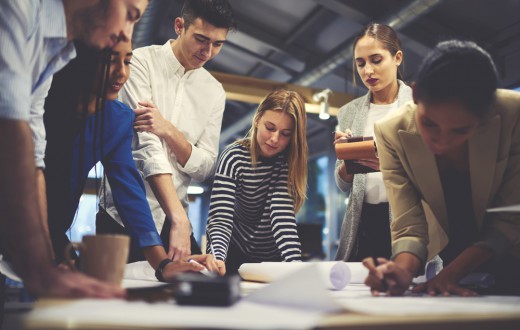 But How Can I Get Seen? Five Ways Actors Can Create Their Own Work

“The bullet hasn’t moved.” from the film “Regarding Henry.”  When calculating attorney Henry Turner receives a bullet in the head during a robbery, he loses ...
Adult Female Monologues

PROOF – Catherine gave up her life and schooling to take care of her father until his recent death. 1-2 min. CATHERINE: I lived with him. I ...
Commercial Copy

“I wanna thank all of you for a terrific summer.” from the film “Wet Hot American Summer” Set on the last day of camp, in the ...