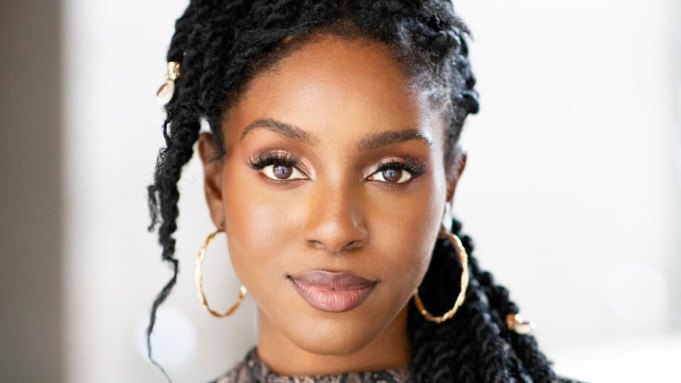 Actress Karen Obilom, who you’ll recognize from Games People Play and Doom Patrol, has a message for Black people who want to have a career in the entertainment field: Don’t give up!

While Hollywood is playing catch-up in the diversity game, people like Karen are standing strong and supporting the Black show business community.

You’re in New Line Cinema’s House Party reboot, produced by the SpringHill Company for HBO Max. The original film was the 1990 hit comedy which starred Christopher “Kid” Reid and Christopher “Play” Martin of the hip-hop group Kid’ n Play. You weren’t even born yet when the movie was released. Have you seen the film? Tell us about your audition.

You are correct! I wasn’t even a thought in my parents’ heads when this came out… (seeing as I was a mistake, haha. It’s okay; I’ve since healed from that revelation.) But my friends forced me to watch it because they’re absolute sticklers about watching every Black movie. Like, come on y’all, when was I supposed to watch the new Jack City?? When I was 11 months old?? Everyone relax. My audition process was pretty unique. I auditioned and did the call back before the pandemic, and I didn’t hear anything back. But then, a whole year later, my agents contacted me, saying I’m pinned for it! Then the director, Calmatic, got in contact with me, saying he really wanted me for the role; I just had to show everyone what I could do in the chemistry read that was coming up. So you already know, I did! And the rest is history. 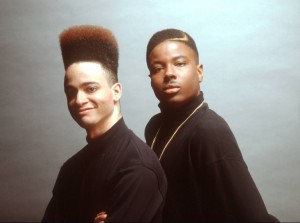 BET – House Party (1990) – In 1990, this classic of Black cinema became one of the first hip hop buddy comedies and a seminal film for Generation X. The coming-of-age film, which debuted at the Sundance Film Festival, starred Kid ‘n Play rappers Christopher “Kid” Reid and Chris “Play” Martin as two high school friends trying to pull off the ultimate house party. On the film’s 25th anniversary, we revisit our favorite characters and see where they are now. (Photo: Michael Ochs Archives/Getty Images)

Honestly, people can be really brutal when it comes to reboots and remakes these days. It’s like when you get water on a Mogwai; when you tell people about a reboot, they get quite mean, lol. The things I’ve read are crazy. I’m like, damn, it’s like that? I think what we’re doing is great because we’re still making art and giving jobs to Black people. I kind of like it because I can’t wait to see the looks on their faces when they find they actually love what we did with the movie! It’s so much fun!! I get people are trying to protect the movies they grew up with, but the originals will ALWAYS be there for you to watch anytime. This doesn’t change that in any way. We made a movie and had an absolute blast doing it. Don’t be afraid to give it a chance

Tell us about your family history. And why you decided to pursue acting.

I’m a first-generation Nigerian American. My parents immigrated here, attended college, and had all of their kids in Austin, Texas. I decided to pursue acting solely because it looked like so much fun. It looked regal to me like the actors I was watching were the crème of the crop. They looked like they won in life. I was first inspired by a high school play my sister was in, but to my young mind, that was the peak of life. I didn’t know I was going to do it professionally. I didn’t even think that was a real option for me until I got into a Fine Arts college.

How does your ethnic appearance play in you receiving auditions and roles? You have an amazing, unique look!

Well, thank you for that! I wish everyone viewed Black women who look like me that way. I like to think of myself as an advocate against colorism. Because it’s the thing that people love to ignore. They ignore their obsession with proximity to whiteness. Hollywood is being made to hire diversely, but there’s a catch. We will hire people of color, but they can’t be TOO colorful; otherwise, that will make the audience uncomfortable. And I’m like, which audience?? All my people get so excited when they see dark skinned women of ANY nationality. Colorism is prevalent all over the globe. Bollywood has that issue; there’s a bleaching problem in Nigeria; people hardly acknowledge Afro-Latina women. I can go on and on. Long story short, it really sucks. It feels like a slap in the face. The trends in Hollywood are enough to make me think I’m not seen as desirable. Imagine what little girls feel. School is hard enough. That’s why I get so happy when I see someone who looks like me on my screen. The little girl in me smiles so big. I’ve noticed it’s mostly Black women hiring Black women because we know we have to do everything ourselves, lol. I’m so very grateful for those women and men who understand what I’m saying. I see you, and I appreciate you. We’re changing Hollywood one casting, one job, one meeting at a time.

DC Universe’s live-action Doom Patrol series has cast you in a recurring role. You portray Roni Evers, described as “a military veteran with a mysterious past who Vic Stone/Cyborg (Jovian Wade) meets while attending a PTSD support group. That’s an awful lot of background info! For this role, were you given the backstory, or did you create one on your own, or none at all?

They did give me a pretty good backstory! I knew pretty much all of that, and I appreciate that they let me know beforehand because it can really help in an audition. But I’ve noticed too much info can be hindering also. It can almost put you in a box. I really hate trying to make things perfect because there is no such thing in acting, and people stress themselves out trying to reach that. “There’s an exclamation point, so I must be yelling!” Or what if you were quiet but still gave it the same intensity. “Well, she’s an orphan, so she’s melancholy.” Or what if she’s found peace with her sad past? Show them there’s another way. Make YOUR choices as well and do it confidently. If they don’t agree, that’s okay too. They’ll appreciate your effort. 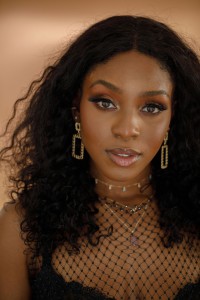 What was the feeling you had when you were able to join the SAG-AFTRA union?

I was rejoicing! That made me feel like a “REAL actor,” like my friend Alicia says every time I book something cool, lol. All of the blood, sweat, and tears doing background in the cold, terrible sets, rude people, disrespect all boiled down to this little yellow card. I was so excited. I still am every time they send a new one!

You’ve done lots of theater. What are the differences between doing live theater vs. screen?

Theater is an adrenaline rush that can’t be explained until you do it. Whether it’s a small or big stage, that rush is still the same. The screen takes more time, and there’s more room for mistakes. There’s a rhythm you have to get in order to have fun with it. It can feel more like a job but still so fulfilling. You have to rewind and be in the same moment multiple times for every take, and that takes practice.

You’re a fierce advocate for #BlackLivesMatter and #BlackGirlMagic. What do you do to help bring awareness?

The most important thing I do is be my full authentic self, unapologetically. I show little girls what it means to tap into the magic the world tries so hard to suppress. I support my Black men with everything they do. I support my sisters till the death of me. I support and shout out Black-owned businesses. Everyone should. We need to recycle the Black dollars in our community so we can continue to build great things for ourselves. We deserve it. When I have my Black babies, I will instill in them that they are Kings and Queens, and they are put on this earth to make it a better place. They will show up unapologetically like their mom and take on this world without fear in their hearts.

What advice do you have for Black people who are trying to break into show business?

We need you. Don’t give up. We need to see your beautiful faces and hear your unique point of view. We make everything better; we add seasoning to everything we’re a part of! There is room for us all. Don’t be intimated by anyone because I promise nobody is better than you at being you. That is the most important thing: you can’t achieve anything if you don’t try. 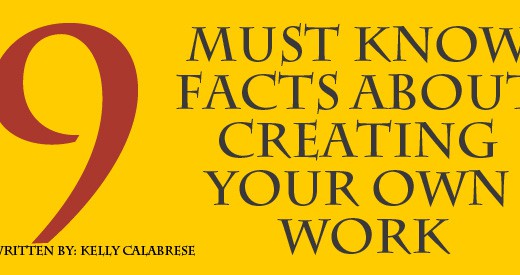 9 Must Know Facts About Creating Your Own Work

“I see that. It’s a life. A place of your own in the city.” From the play, “The Book Store”.  Candace talks to Rachel about ...
Kids / Teens - Boys Monologues