On a mission to clear up Union vs. Non-Union rumors… NYCastings tapped directly into the Screen Actors Guild (SAG) and got them to reveal details about rules, leniencies, and those coveted three waivers…

Q. Any expiration date to waivers?

A. There is no expiration for Taft-Hartley waivers, but remember – it is the work and not the waiver that counts towards eligibility, so be sure to retain a copy of your paystub along with your waiver (voucher). The producer is supposed to report your employment to the Guild within three weeks and once we enter that information, it never expires. You can always check your eligibility on the SAG 24/7 website under “eligibility checker.”

Q. If an actor gets upgraded on set and they are non-union – do they become a must join?

A. No, more like a “may join!” The upgrade to principal would make them eligible to join Screen Actors Guild (if they are not already eligible) and upon booking their next SAG must join.

Q. If a director gives any person… SAG or NON SAG a direct acting instruction (not a line, just instruction) does it count as an upgrade?

A. This is probably the biggest myth out there. It is the director’s job to direct. Some are more hands on than others. Just because the direction came from the director (instead of an AD), doesn’t make it principal work.

Q. You can join SAG through waivers and after being part of AFTRA for a year. Any other ways to join SAG?

A. Performers are eligible to join Screen Actors Guild after working on a SAG film in a principal role, gaining Taft Hartley status 15 days after the first day of work or meeting background entry requirements.

Q. Can a SAG person do non union TV if it is an AFTRA project and they are Non-AFTRA?

Q. The cost to join SAG has increased. Any new benefits added on?

A. The initiation fee is $2277.00 and membership provides a number of benefits under the following…

4. The SAG Foundation is an educational, humanitarian and philanthropic 501(c)(3) non-profit organization, which serves members of Screen Actors Guild, their families and the greater community.

8. Contracts to Cover a member when Working in a Low Budget/Student Film. SAGIndie at http://www.sagindie.org/.

12. Involvement in the decision-making process at SAG. SAG is a representative democracy run by members for the benefit of members. We encourage members to actively participate in SAG governance <http://www.sag.org/about-us/governance> by voting on referenda, joining committees or serving on the National or Division Board of Directors or Branch Council.

14. Check if you are signing a SAG contract online. Use SAG’s convenient online signatory database <http://www.sag.org/content/search-signatory-database> to check the signatory status of any project at any time.

Q. What is the percentage of SAG that must be on set in NY? In LA? Any difference?

Q. Can a SAG person turn down pay for a SAG indie film?

A. Payment can be waived under certain extremely rigid circumstances. Such waivers are granted on a case-by-case basis by SAG and only after careful analysis of a particular production. Again, SAG Rule One always applies.

Q. Can a SAG person create their own content with NON SAG people or must it have a SAG agreement

A.If the question is Can a SAG member produce a project non-union, the answer is Yes provided that the SAG member is not providing any acting services in the project and none of the other performers are members.

Q. Does hosting a webisode fall under SAG rules?

Q. Can a SAG person host their own webisode show or must there be a SAG agreement?

A. Members must become signatory and must be covered under and protected by the provisions of a SAG agreement.

Q. If a person is SAG eligible – what are the benefits of joining sooner rather than later?

A. Screen Actors Guild membership is a significant rite of passage for every working actor. However, SAG encourages prospective members to really think about joining and to take their time join unless they are sure they are ready to compete as a professional. SAG encourages joining when offered a first principal union job, but understand it is a commitment. Members must abide by the rules of membership, starting with Global Rule One.

Q. If a person is SAG eligible at what point do they become a must join?

A. An individual must join when they accept their next SAG job.

Q. Can you get a speaking role in on a film covered by a SAG agreement if they are non union?

A. Yes, but non-members will be Taft-Hartley’d to become members.

This concludes our inside info from the Screen Actors Guild. 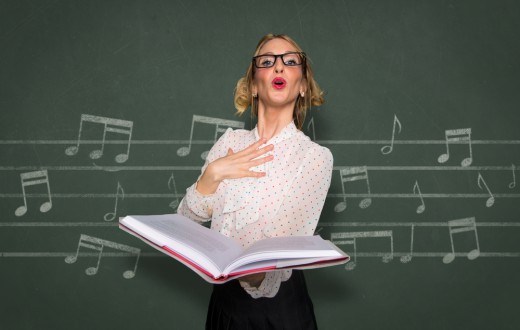 “I was a late bloomer” from the film “UP IN THE AIR” Ryan relives a near death experience and what it taught him. Dramatic monologue ...
Film Scenes for Women

“How’d you like to do a little business with me?” from the film “Paper Moon.” Moze asks Addie if she wants to go into business with ...