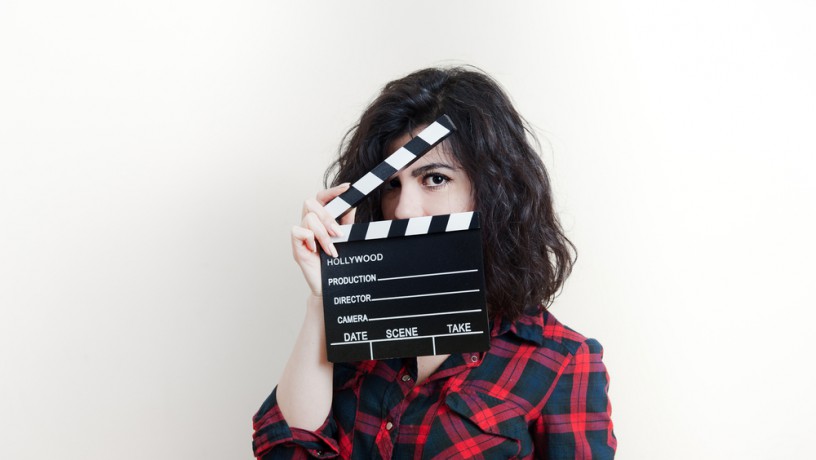 Let’s face it, acting is a strange, unnatural job. Think about it: pretending to experience the life events and emotions of other people for the entertainment of an audience is just…really weird when you get right down to it.

And auditioning has to be the most unnatural part of the whole deal.

For some actors, entering the audition room is about as much fun as contracting the Ebola virus or getting run over by a bus.

But here’s the thing: as odd and potentially uncomfortable as auditioning can be, there are ways to reduce your anxiety and make the audition room your own. Here are few tips from casting directors that can help you present your best face for the casting team and increase your chances of landing that dream role.

1. The casting director is there to cast–you!

This is an audition tip that has made the rounds, yes, but it can’t be stressed enough. The people doing the casting for whatever show, film, or commercial you are up for have one goal: to cast actors. That’s you. Walking into that room holding in your mind a fearful notion that those mean, nasty people behind the table are out to humiliate you and crush your dreams is not only a negative attitude that will hinder your ability to perform, it also simply isn’t true. These people are professionals, trying their best to do a difficult job under intense pressure and cast the right person for the role. What you need to keep in mind instead is that you too are a professional. You are also here trying your best to do your job, and that’s what you need to be focused on. Don’t read into every little cough or whispered aside, or even the fact that they may not look up from the table while you read. The casting director may well be looking over your resume! Do the work, focus on your job, and let them do theirs. Everything else will take care of itself. Which leads us to:

Why are you here? You are here to deliver a short performance that will present you in the best light to hopefully get you cast in a particular role. That’s it. You aren’t here to garner approval for your choices (in acting or in life), you aren’t here to make friends or get a pat on the head, and you certainly aren’t here to prove something to the high school drama teacher who didn’t cast you in “The Music Man.” Walking into that room burdened by a need for anything other than to give a solid reading of your lines is a roadblock to opening yourself up and being in the moment as an actor. Casting directors love an actor who comes in with confidence and a smile, says a brief hello, and is ready to get down to business. It’s one thing to portray a mousy little terrified character; for the actor to scuttle into the audition room with that kind of demeanor makes casting directors cringe. On the other hand…

3. Be humble and grateful

That is to say, don’t be arrogant. You are one of who knows how many other actors reading for a part. Nobody here cares that you played the lead in every show your university drama program put on in your final two years there. Much less do they want to hear about it–or about how great you were. As mentioned above, if you are in the audition room, you are assumed to be a professional, here to do a small job in hopes of getting a bigger job. Don’t muck up the energy of the space by crapping on the reader or snapping at anyone on the casting team or getting visibly frustrated. Nobody wants to work with someone like that. That kind of arrogance is a surefire sign of unprofessionalism and will quickly get you on a long list of people who aren’t getting the role.

This is another tip that may seem super basic, but you not only need to know your lines and know what you’re reading for; there is also another level of preparedness that the professional brings with him or her into the audition. The true professional has taken the time to work the audition piece to the point where he or she has made some specific, clear, bold choices. Keep in mind that depending on the show or commercial, the casting team could see anywhere from dozens to hundreds of actors a day. Don’t be one of the masses who mumbles their way through lines they are barely familiar with in the most safe, obvious way possible. Take the time to prepare some smart, interesting choices that are relevant to the character and the show. Give us something to look at. And, while you shouldn’t expect to be given direction, be prepared to take any suggestions and translate them into clear performance choices.

Finally, keep in mind above all else just how collaborative an effort acting really is. The audition room is just an extension of the show, film or commercial you are auditioning for. You may well encounter many of the folks you could potentially be working with behind that table. Your voice and your choices are just as legitimate as any others in the room, so make them with confidence, while still being open to different views. In other words, we’re all in this together! Bring your best attitude and spirit of collaboration to the audition, and show us the depth, thoughtfulness, and honesty you possess as the unique artist you are. If you do that, not only every time you audition, but every day in your life as an actor, you will not only be cast in roles you want, you will live a life more honest and emotionally enriching than you ever thought possible.

“She saw that you didn’t love her” from the play, “The Straw” As the nurse on the floor, Miss Gilpin deals with the end moments of ...
Kids / Teens – Girls Monologues

“I mean doctors can kill a patient and keep their jobs but for a nurse? We don’t get off so easy,” from the TV Show “How To ...
Adult Male Monologues