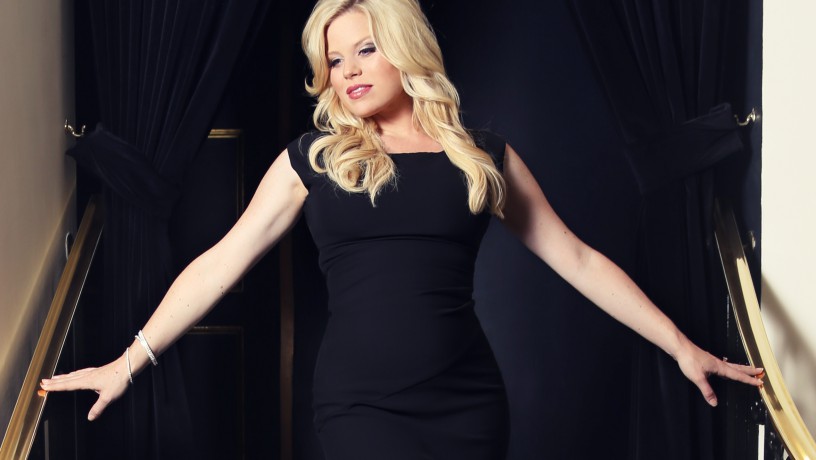 “Just be nice.” Megan Hilty says when I inquire my signature question of the most valuable advice she has for aspiring performers. “e;Be nice to everyone you work with.” Readers should take heed from the triple threat whose extraordinary talent and passion has lifted her to stardom.

A captivating combination of capability and charm, I’d venture to say that Hilty is the closet thing the world currently has to Marilyn Monroe. The ethereal beauty has taken center stage on Broadway with her stellar runs in Wicked, and 9 to 5: The Musical, and lit up the screen with memorable roles in television (most notably: Smash and Sean Saves the World) and film (Shrek the Third). Armed with training from the illustrious Carnegie Melon School of Drama, the gifted and extremely dedicated performer is a talent you simply can’t keep your eyes off of. Whatever “e;it” is, she’s certainly got “it”.

Megan took a moment from her nationwide concert tour to talk with NYCastings.com about her incredible career, a film adaptation of Wicked, and a Smash reunion. She also sheds some wonderful insight for all you Broadway hopefuls out there…

RP: What was your first paid “gig” and how did you get it?

MH: I sang at my cousin’s wedding when I was 14 – I think they paid me $50 and I sang the theme song from Ice Castles. 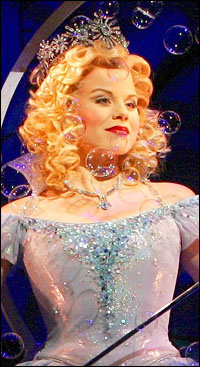 RP: What a deal they got! Flashing forward, one of your initial “big breaks” was being cast as a standby for Glinda in Wicked. Lucky for me, you were on the night I went with my family – it was incredible! What’s the greatest lesson being in Wicked taught you as a performer?

MH: Thank you! Following Kristin Chenowith & Jennifer Laura Thompson in the role was terrifying. I knew I was never going to give the same kind of brilliant performance they gave so I had to figure out how to make the role my own and trust that it would be good enough.

RP: The movie version of Wicked is in the works. How do you feel about that? Would you be up for it?

MH: Are you kidding?! I’m thrilled there will be a movie version of Wicked! It’s going to be awesome! Maybe if I’m lucky I’ll get an audition for a flying monkey!

RP: If you had Glinda’s magic wand, what’s one thing you would change about the entertainment industry?

MH: The need for social media. It can be such a wonderful tool to connect us all and promote what we’re working on, but unfortunately too many people use it to tear performers apart and spread all kinds of negative garbage without being held accountable for the awful things they say.

RP: It’s no secret that you have a show stopping and inspiring voice. Could you tell our NYCastings’ readers how you keep your instrument in prime shape?

MH: Well, thank you! The two most important things for my voice are sleep and lots of water.

RP: There are a lot of “e;Broadway hopefuls” out there. What is something you can tell them that you wish you knew before you were on Broadway and why?

MH: That my credits don’t define who I am. Broadway was always the goal and nothing else mattered. The problem with that came when the shows ended. Who am I if I’m not Glinda? Or Doralee? That’s so sad! Now I understand that what’s really important are the things outside of work. I can’t tell you how many weddings, birthdays, graduations and holidays I’ve missed because I put work above everything else. Those moments and relationships outside of work make me who I am – not some fancy job.

RP: Working in live theatre of course presents it’s own list of challenges. Have you ever experienced a terribly disruptive audience member? How do you power through and focus on your performance?

MH: Yes – but it wasn’t his fault. One poor man in the audience had a heart attack in the second act of Wicked in LA. There was LOTS of horrible screaming. There was nothing we could do but go on – it’s the stage managers call to stop a show and I think if we’d done that it would have caused complete chaos in the house. We heard afterward that the man was ok!

RP: A concert version of Bombshell, The Marilyn Monroe musical 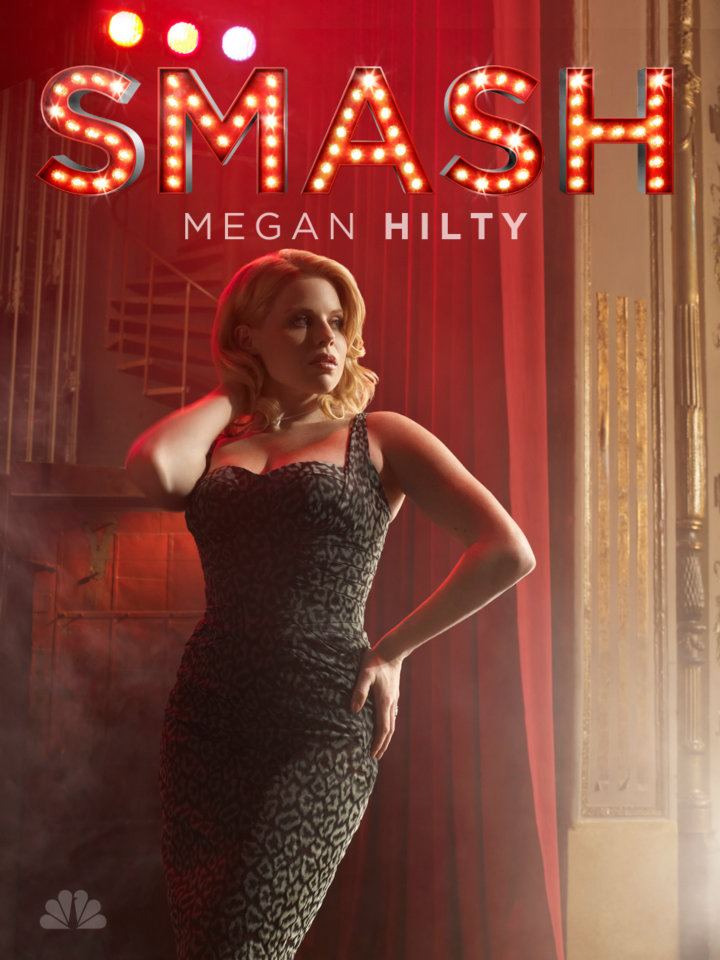 from NBC’s Golden Globe-nominated television series SMASH, will be produced by the Actor’s Fund for one night only. Can we get pumped up for seeing you?

MH: I will absolutely be performing that night! I have no idea what I’m doing yet but that night will be EPIC! I can’t wait to see my old buddies again!

RP: Would you consider doing a full run of Bombshell?

RP: I’ve spoken with a lot of Broadway actors that have issues “playing smaller” for screen work. You’ve transitioned incredibly well. How do you modify your acting for the camera?

MH: I think the trick is to not try to “play small”. That expression is so crazy to me! We’re all actors whether we’re working onstage or on camera we’re just playing to different sized audiences – in the camera’s case it’s just one person sitting VERY close to you!

RP: What would you say is the difference in needed stamina between doing a Broadway show and being on a TV or film set?

MH: Nothing is harder (or more rewarding) than 8 shows a week. It’s all about conserving your energy for work at the end of the day. On a TV set you could easily have 16 hr days but there is a lot of down time in between scenes to rest… and go to craft service!

RP: You play Sally in the untitled upcoming Warren Beatty feature. Congrats! What was that experience like?

MH: It was amazing! It’s quite a cast he’s assembled – we had an amazing time working on that film. I even got to sing in it!

RP: Did you learn anything as an actress from working with Warren Beatty?

MH: To always be ready! Very often he would have the cameras rolling while we thought they were just setting up for the next shot! 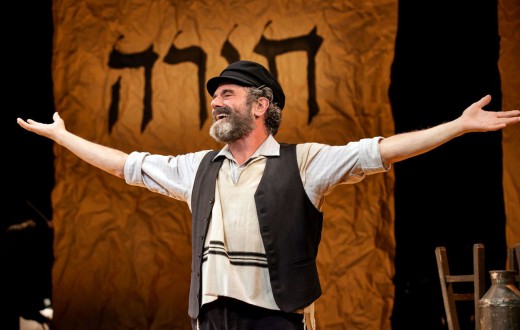 Steven Skybell – Fiddler on the Roof – On Anti-Semitism 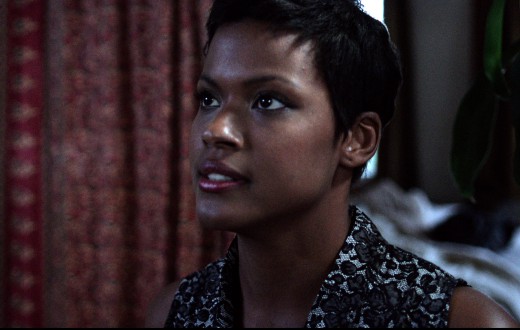 “I see that. It’s a life. A place of your own in the city.” From the play, “The Book Store”.  Candace talks to Rachel about ...
Kids / Teens - Boys Monologues

“We live in the trenches” From the Film “All Quiet on the Western Front” – Paul’s speech on the harsh reality of war. Dramatic Monologue For Teen ...
Audition Monologues