There is no debating – Actor Nate Parker is rising to the top of his game, landing major roles by giving each character a true heart and soul.

The trick to creating a character is work, time, hours. Literally hours, shares Nate Parker who was named one of the Top Ten to Watch in 2012 by Variety. 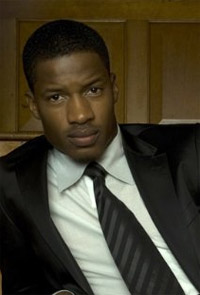 In every aspect of his life, Nate Parker works hard. He commits and inspires.

Here are his top ten tips for rising to the top, which he happily shared with NYCastings at The Hamptons International Film Festival…

10 Tips for Rising to the Top – with Nate Parker

Commit to the work. As an artist the commitment needs to be to the work and the lifelong journey of it. If you strive to get awards, you will fail every time. The artist just has to find something rewarding in what he does, and do his best to operate within that space.

I still take classes. I also teach a really young, fresh off the boat class in Los Angeles, West Hollywood. I deal specifically with kids who are new to acting and ethnic kids who might not have classes that speak to their situations and where they are coming from.

I think it is important to do both. I am constantly learning by what people are teaching me. And, I am constantly being drawn back into that innocence, that deer in the headlights’ kind of thing as I teach. I am able to forget about the business and just think “How do I be honest in the scene? The simpler you can keep it sometimes, the better.

3. BE KIND TO YOURSELF

My biggest technique is to understand that whether I am working or not I have a family that loves me. It helps to keep things in perspective.

After the audition, I walk away and I give myself until the ride home to beat myself up about it. Then I never think about it again. I have the car ride and that’s it. If I did a bad job, I get into the car and I’m like “Stupid. So dumb. What were you thinking?”

When I park my car, it gets left in the car and just evaporates. I am not allowed to bring it up anymore.

My art is what I do to make a living because it speaks to my soul. But if I don’t book a job, my wife and kids are going to still feel the same way about me when I walk through the door. I keep it separate. And I don’t sit around bitter because the industry isn’t giving me anything. I share my art, and then go home. And, every once in a while someone calls and says, “You know what… give me a little more of that.” 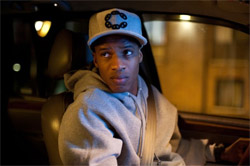 You know when you really like a musician – when the first album was so magical you couldn’t believe it? It was angelic. And then, the next album was not as good and the third was like “what are they doing?” Well, I think there is a little of that in our craft. If you are not careful, you can believe that you are doing something so good that you can’t improve on it. Then, your next project will suffer.

As long as you are constantly reaching to your capacity, you will win. I am happy to be honored by Variety, but it doesn’t change what I have to do – the work that I have to hold myself accountable to.

The first thing I do is I obsess over the process of auditioning. I brain wash myself into thinking that it is the best part.

When I first started acting, I would get myself so excited about the idea of auditioning. I couldn’t wait. I would tell myself that it was my favorite part of the process. And now, eight or nine years later, I am so glad that I did that because the only opportunity I have to go in and show all the work that I put in – is at auditions. Of course the director will chop it all up and put it back together, but I think #1 is falling in love with the audition process.

So many actors I talk with say “I hate auditions. Why don’t they just hand it to me?”

I think it is such a detrimental attitude. It really hurts you because then there is a seed of fear every time you walk into a room. But if you love the process, whether they love you or not, that is your audition. It is your stage.

6. BUILD A BACK STORY

I am big on back story, creating the character, getting into the soul, and writing tons of pages. I write 20 to 50 pages, just journaling about the character so I can get into his soul. A lot of times you will fall out of it if the character is you. I tell my actors that no one shows up to see you, they just don’t. You are not that interesting. People show up to see whoever that character is that you are supposed to breathe life into. For me, that comes from journaling. Once I do that, I just show up and let it all go. 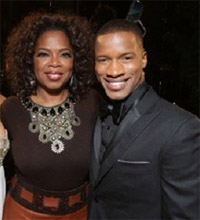 You have to trust in your work, and be able to switch yourself off. I have to switch myself off as Nate Parker and switch on the other character based on the work I did.

The analogy I always give is… someone can say “I want you to be in a movie all about Dave. It’s called Dave. And it starts filming tomorrow.”

I could just follow a person around, studying their mannerisms, and then show up to the audition and physically move as that person does. Or I can say, “I have 24 hours. I need to learn everything about his person. About their father their mother. Are they a middle child? What did they want to be when they grew up? Did they achieve that goal?

All of those things are so important to who a person is. And then, the next day I will hopefully be able to do a good job based on the psychology of who that person is, not just based on hunched shoulders and a plaid shirt.

Look at Michael Jordon. When he was a kid he would take a milk carton and take a thousand shots a day. That’s what it takes. It takes repetition so you don’t have to think about it. So you can close our eyes and check out, and the character will show up.

I’ve been using a coach since my very first audition. I need another brain. It’s the way I was trained. You study the script and then you go with your coach before your audition and they tweak it as a director would. They might ask what your choice is. And sometimes they don’t see that choice. They say “I’m not really getting that.” So you go back to the script and realize you didn’t really hit that resentment to your mother. It’s never just about the lines. It’s always the subtext, something behind it that you miss. I go in and figure out what that is, adjust, and do it again for my coach. When he thinks it is right, then I let it go.

10. ENGAGE IN A MOCK AUDITION

I encourage every actor, before you go into an audition you should run it at least once, exactly how you plan on doing it. Somewhere in the ballpark. A lot of people just read the lines and then they get up and put the work on its feet for the first time in the audition room. What I do is – an hour before the audition I pretend I am in the audition room. I do the scene on its feet and get it all out. Every time I have a tongue twist I think “oh, good, got that out.” Then I audition, and let myself feel the way I feel until I get home. Once I’m home, I let it evaporate.

THANKS NATE! We look forward to seeing more of your work!

A RAISIN IN THE SUN – 20-year old Beneatha is currently going to college and some of her personal beliefs and views have distanced her from ...
Film Scenes for Women

“You were nothing before you met me” From the Film “Heathers.” Heather tells her frenemy Veronica that she needs to watch herself. Comedic monologue for teen ...
Adult Female Monologues

“I have to step out of this play for a minute.” From the play, ‘The Parking Lot’. J contemplates what she truly wants in this ...
Kids / Teens – Girls Monologues