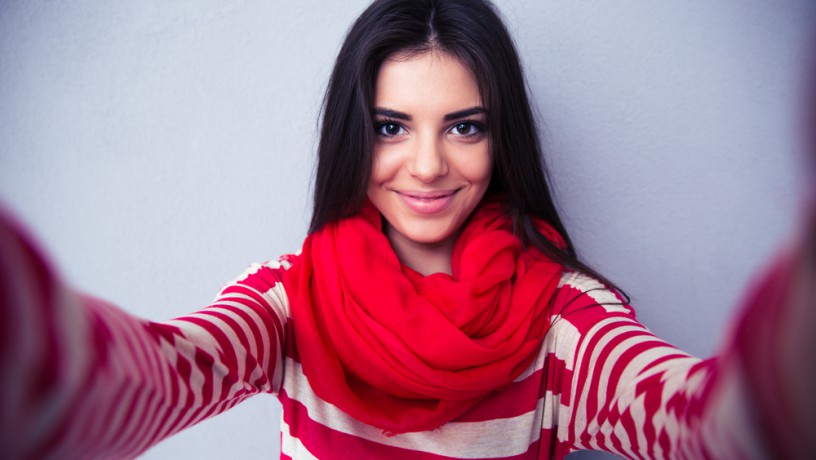 The ability to make a good self-taped audition will affect your Acting Career from Now till the End of Time!

These days, with the proliferation of high-speed internet, not to mention the fact that everyone carries around a decent-quality video camera in their pocket 24/7, more and more productions and casting directors are asking actors to submit self-taped auditions for the first and sometimes even the second round of auditions. NYCastings even lets you add your self-taped video (via Youtube link from your phone) when submitting to Casting Notices.

The advantages are clear: the casting team doesn’t have to arrange for a space to hold the audition, nor do they have to deal with the slog of dealing with hundreds of would-be actors face to face – at least at first.

And for actors too, the skyrocketing use of self-tapes is a real boon. It saves us a trip, and it saves us what usually turns into half a day for what is often just an audition round where they aren’t really looking too closely at your acting chops anyway.

So whether you’re a bright, shiny new actor fresh out of drama school looking to get a foothold in the industry, or you’re a grizzled vet who has been around the block and still does things the old-school way, the self-tape is a skill set you should look to master.

If you fall in either camp – or even if you’re just not entirely sure what’s expected in a self-tape – here is a guide to help you create the winning self-tape that will get your foot in the door on your next project!

First of all, you don’t need to invest in some magnificent, expensive camera to record a successful self-tape audition. Most CDs and production teams understand that actors are very likely to use their cell phones for self-taped auditions, and that’s fine. The goal here is to make sure you can be seen and heard so they can get a sense of your face and voice, and at least a glimmer of your acting ability. So make sure you’re well-lit and there aren’t a lot of shadows on you, nor too washed-out, and make sure you’re somewhere quiet. Don’t try to record a self-tape in a park or on the street; ambient sounds and other distractions are not your friend here. Wear clothes that are neutral, solid colors, (not white) without a lot of stripes and other busy-ness. Again, the focus should be on you and your acting; you don’t want the casting team chatting amongst themselves, wondering where in hell you bought that god-awful polka-dot shirt while they’re supposed to be watching you act. A neutral, solid-colored background like a blank wall or even a sheet is also necessary; again, you don’t want the CD musing on the weird collection of taxidermy rodents behind you. There are tons of cheap tripods for use with phones, available in electronics stores or even cheaper on Amazon. Get one, and practice recording yourself often when you don’t have the pressure of an audition submission, so that when the day comes you won’t be getting frustrated trying to figure out how to do actually do it, rather than just acting. Make sure you review the recordings not only on your phone but also on your computer just to make sure you get the tech aspects right and that it all translates.

You occasionally hear from someone saying you shouldn’t slate for self-tape auditions, but the vast majority of CDs seem to agree that it’s a good idea. Why not remind them of who you are? Don’t make a big production of it; just hit record, look directly into the camera, smile, say hello, and introduce yourself, as yourself.

Then take a moment to take a deep breath to get into character, and GO!

Keep in mind, you’re likely to see a set of very specific, perhaps even anal-retentive instructions on how to go about doing any given self-tape audition. DO NOT IGNORE THESE! There are several very good reasons why CDs issue these instructions. First and foremost, keep in mind you are but one of maybe a hundred, maybe several hundred people auditioning, depending on the project. The casting team has to review all of these and select who is going to move on to the next level of auditions. If several hundred people were each to submit their own personalized version of the audition, the casting team could well end up like Jack Nicholson’s character in “The Shining,” dragging around an ax and looking for an actor to “correct.” This is not the time for cutesy individuality. Showing them your personality can wait until you meet the casting team in person. Another reason the instructions are often so specific is that this is your first test to see whether you can take direction. So take the bloody directions!

Finally it’s time for the fun part! And do remember, despite the weirdness of self-taped auditions, it is still acting, and we love to act. Have fun, relax, take a breath, and get ready to do what you were born to do. Once you’re framed up and you’ve slated looking directly into the camera, shift your focus slightly to one side or the other. Whether or not you’ve got a reader, you don’t want to do your scene staring into the camera. If you are working with a reader it’s important they understand that there is a fine line here: this is, of course, your scene, and your reader can’t be pulling focus. At the same time, you as an actor need something to work with. Some readers take the note of not pulling focus to the point of reading in a monotone or whispering. No. Both you as an actor and the production team need to see a scene, even if only one actor is on camera. To that point, make sure you rehearse with your reader more than just a quickie breeze-through. Yes, time is of the essence – CDs love to see actors who submit early! But on the other hand, if you send in a terrible, unrehearsed and sloppy audition tape, even if you do it really fast, that’s not really going to help you get the callback, is it? Learn the lines, take some time to go over the scene with your reader, and go to town. Keep in mind that, while it’s true that often these self-tapes are largely about seeing if you have the look for a role, the casting team is also checking out your acting chops. Stay in character, stay grounded, stay focused, and really listen. If you haven’t seen it yet, check out Aaron Paul’s audition tape for the role of Jesse Pinkman in “Breaking Bad.” He listens to the person reading with him, he reacts to them, he is focused on that person like a laser, he is in character, and he is in the moment. He is alive in the skin of that character we all came to know and love (and hate sometimes), and he does it all sitting on a couch in some CDs office in LA. That’s what you want to try to achieve with self-tapes, is forgetting all the self-tape part, getting out of your head and getting yourself to the business of some real acting.

4. Use the Tools at Your Disposal

We’re here to help! Here at NYCastings you can submit your self-tape auditions, and host not only your resume, but also your reels (via EZ YouTube links) – all for free. When you join and become an active subscriber, you become eligible to submit your self-taped auditions for specific casting notices or to agents whenever you want, for no charge. You can do it on the fly from your phone, so you can make sure you’re the first to be seen for any given project. It’s the easiest and most fun and efficient way to get your mug in front of the top casting agents in the biz who are looking for actors for a wide variety of projects, ranging from high-budget films, television, voice-over, stage and commercial work.

So what are you waiting for? Get to work honing your self-tape skills TODAY, and start submitting!

“Allie, they’re not crazy” from the film, “The Notebook”. Noah tells Allie that her parents are right and they can’t be together anymore. Ideal for Adult ...
Adult Female Monologues

“This field is endless.” from the play, “Local Story” Betsy’s hitch-hiking across country to find the boy she loves. Ideal for adult females ranging from 24-33. ...